12 Dishes in Taiwan That Locals Love 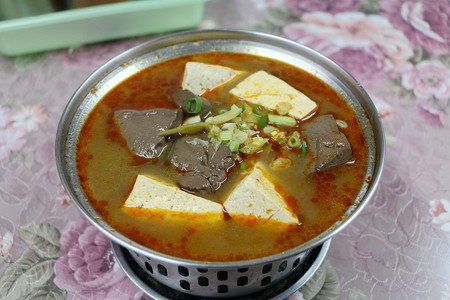 Taiwan has a reputation for serving up some of the tastiest dishes in all of Asia and many tourists visit the island just to try some of the legendary cuisine. But if you were to ask a local what their favorite dish was, what would they say? It’s not an easy question to answer because there are simply too many options to choose from. Here are the dishes locals love.

Many tourists and expats are a little surprised to learn that one of the most popular meals for locals involves sitting in a restaurant and cooking your own food. Yes, that’s right, at the hot pot restaurant, you are the chef.

The perfect hot pot is usually a half and half bowl (one side spicy, the other not) of boiling soup filled with a variety of vegetables. You get your fresh veg, meat, and dumplings from the buffet and drop them in the soup to cook. But as any local will tell you, hot pot is all about creating your own dipping sauce with soy sauce, green onions, and whatever else you fancy at the sauce table. 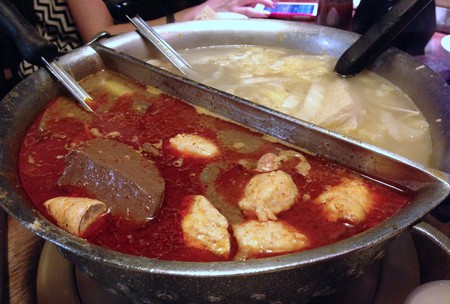 Not for the faint-hearted, this dish of fermented tofu really does stink. If you want to try some, then all you have to do is follow your nose at the local night market. Served with duck blood and a variety of other delightful ingredients, this is a dish that while incredibly popular with locals, doesn’t prove quite so desirable with tourists.

Taiwan has a fried chicken obsession, and every neighborhood has at least one late-night food stall where you can pick up a deep fried chicken steak or chicken pieces. Take a walk through the night market, and you’re likely to see quite a lot of people snacking on some as they wander the stalls. But bear in mind that no two fried chicken vendors are the same, so you may have to search a little to find the one that suits your tastes. 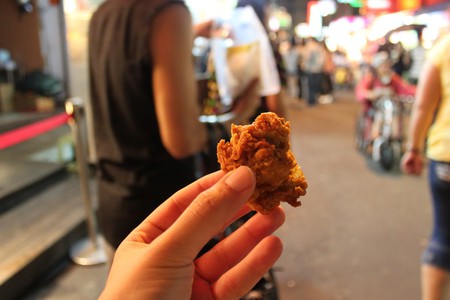 Pork belly, pickled greens, cilantro, and powdered peanuts in a flat steamed bread bun. It sounds like a strange concoction, but it’s actually very tasty and a great option for a light (ish) lunch. Some stalls sell them with different condiments but generally speaking, the base ingredients remain the same.

Cold noodles? Yes, that’s not a typo. Cold noodles are a hugely popular dish here in Taiwan, and like many of the other dishes on this list, no two vendors’ cold noodles are quite the same. This dish consists of cooked noodles that are allowed to cool before the vendor adds slices of cucumber and a peanut sauce to the mix. They’re a great light snack, and incredibly tasty.

Taiwan’s most famous dish, this consists of a meat broth, greens, slices of beef, and of course noodles. The beef used varies from store to store with some people preferring fatty beef over lean and vice versa. To say beef noodles are popular is a serious understatement. In fact, so strong is the local passion for beef noodles, that people will pay a lot of money for the right bowl. 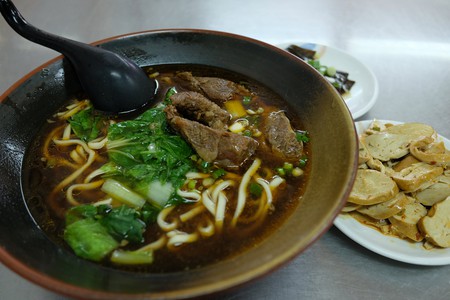 One of the simplest dishes you’ll find here is minced pork over steamed white rice. The minced pork is stewed, and each vendor adds their own variations of flavorings with garlic being the most popular. It’s a very cheap and quick option and believe it or not, many locals eat it as a snack and not as a main meal.

Another quintessential Taiwanese dish, the oyster omelet can be found in any one of the island’s thousands of seafood restaurants. It’s another one of those dishes that doesn’t sound like it should taste good but it’s surprisingly delicious. Often served with a sweet and sour ketchup-based sauce, this is a dish that you simply have to try for yourself. 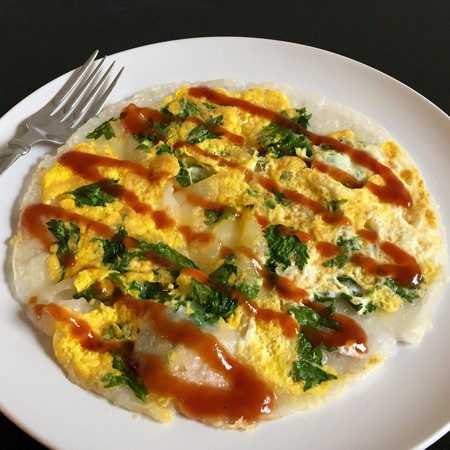 Fluffy bread-like buns that contain meat and sometimes vegetables, Baozi are a Taiwanese staple that you can buy everywhere. You can even find them at the local convenience store although those purchased from a proper Baozi store usually taste much better. As an afternoon snack, these are perfect. 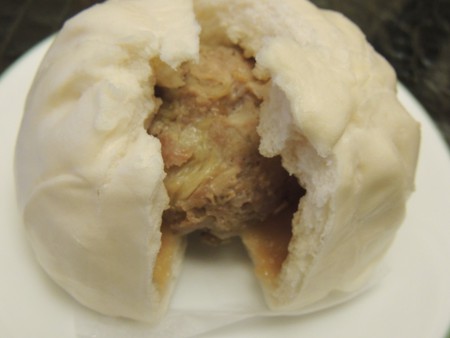 Visit Taiwan during Dragon Boat Festival, and there’s a chance you’ll get to try Zongzi. They’re sticky rice with meat, egg yolks, and nuts wrapped in bamboo leaves. Any other time of the year and you’ll be able to enjoy sticky rice dishes at the local buffet restaurant or sometimes from a vendor in the local night market. It’s a popular dish at wedding banquets and is also eaten to celebrate the birth of a baby boy.

And last but by no means least we have the green onion pancake. This thick fried pancake is a very popular snack especially in night markets (where else?), and while you can add fillings, most people prefer it on its own. 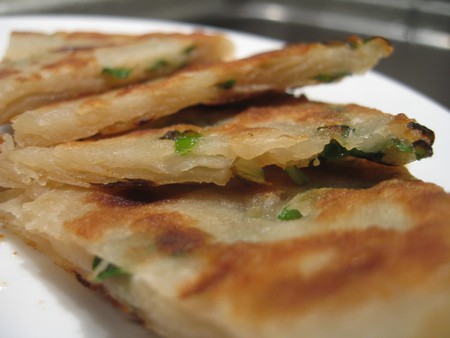