11 Things You Should Know About Chiang Kai-shek 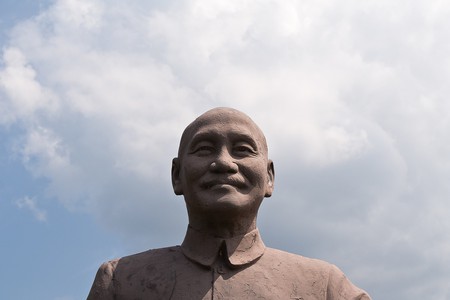 A former political and military leader of the Republic of China, Chiang Kai-shek is a divisive figure. Loved by some as the figurehead of Chinese resistance against Japan in World War II, condemned by others as a military dictator who ruled with an iron fist, Chiang’s life was certainly complex and not an easy one to describe accurately. However, here are some of the most important facts about Taiwan’s longest-serving leader.

He served in the Imperial Japanese Army

Strange as it may seem, the one-time leader of the Chinese Republic spent two years in the Imperial Army from 1909-11. He actually moved to Japan in 1907 to attend a preparatory school in Tokyo. It was here that the idea was born to overthrow the Qing Empire, and when the Wuchang Uprising took place in 1911, he returned to join the revolutionary forces.

He was a founding member of the KMT Party

The KMT (Kuomintang) was the political party that was born of the ashes the Revolutionary Alliance (Tongmenghui) and ruled in mainland China from 1927-48. Chiang Kai-shek, along with Sun Yat-sen, initially founded the party in 1912 and again in 1919 after it had dissolved in 1913. After Sun Yat-sen died in 1925, Chiang became the party leader.

He expelled Communists from the KMT

After Sun Yat-sen’s death and prior to the civil war, he expelled Communists from the party and led a successful campaign against local warlords, giving him control of the three major cities of Canton, Nanjing, and Beijing. The removal of Communists from within the ranks allowed him free reign to give himself what amounted to dictatorial power over much of China.

His own generals kidnapped him

Some sections of the army felt that Chiang spent too much time worrying about maintaining his power in the party when he should have been focusing on the Japanese invasion of Manchuria. He already survived revolts in 1930 and again in 1933, but in 1936 some aggrieved officers took him prisoner intending to seize control of the army themselves.

The Communists saved his leadership

It’s often forgotten that without the Communists’ help, Chiang would never have survived as a political force. It was they who convinced the officers to release Chiang and allow him to take control of the government once again, though they made him agree to stop his campaign against the Communists and to lead the fight against the Japanese.

Churchill and Roosevelt saw him as the legitimate leader of China

Chiang’s efforts against the Japanese gained him some influential friends. And although the Communist General Mao was responsible for much of the damage inflicted upon the Japanese, it was Chiang who got the credit mainly from Britain and the US. 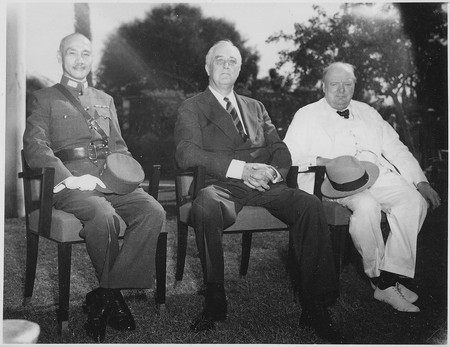 His Western ‘friends’ abandoned him

When civil war broke out in China, Chiang expected help from the allies, but after a long campaign against both the Japanese and the Germans, the US and Britain were reluctant to get involved in a civil war, preferring instead to encourage a peace deal between the two sides.

He moved his government to Taiwan

In December 1949, Chiang left mainland China for Taiwan where he set up his government in exile. He held the country under a permanent state of martial law, thus ensuring his power was absolute. His reason for doing so was that his government was still in a state of war with the Communists on the mainland.

So intent was Chiang on maintaining power, he forbade the use of local languages and, during a period known as the ‘White Terror’, his party was responsible for the imprisonment of 140,000 Taiwanese. These people were taken captive for their alleged opposition to the KMT. At this time, anyone openly criticizing the ruling party was deemed a Communist sympathizer.

He held the Taiwan presidency for 25 years

Many would argue that Chiang should have stepped down long before his death, but he remained in power for a quarter of a century. In fact, the constitution only allowed for two terms in power, but with martial law as his excuse, Chiang could rule indefinitely. It’s believed that he remained in power in the hope that one day American forces would help him retake control of the mainland.

His ‘legacy’ is up for debate

Many supporters of the KMT revere Chiang Kai-shek as one of the founding fathers of Taiwan. They believe that his close ties with the Americans and his other diplomatic moves in the world of international politics paved the way for Taiwan to become an economic power. However, there are others that feel his absolute rule over the country was unconstitutional at best. Certainly, his policy of the non-recognition of local cultures and languages is one that modern-day Taiwanese feel should never have occurred, and it’s this feeling that has led some locals to suggest the removal of his monuments from places of prominence across the nation. 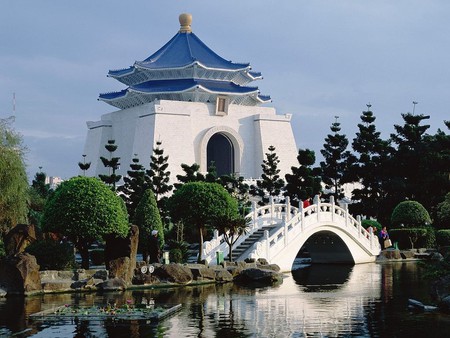 One thing is certain, while many locals recognize him as one of the founding fathers of the Republic of China, Chiang Kai-shek is a divisive figure in modern-day Taiwan.