Taiwan is a melting pot of musical genres, where even though the local music scene is heavily influenced by historical Chinese culture, the many aboriginal tribes of the island have also made their mark. And while western musical instruments are commonplace throughout the region, traditional instruments such as the 10 below are still incredibly popular.

The twin-pipe nose flute is a very special instrument that is unique to Taiwanese aboriginal tribes. Nose flutes are quite popular among many indigenous tribes throughout the world, but the twin-pipe nose flute can only be found in Taiwan. Traditionally a man’s instrument, this restriction has been ignored in recent years as tribe members look to preserve their musical culture.

A classical Chinese instrument that is very popular here in Taiwan, the Yang-Qin is a hammered dulcimer with an almost square soundboard. It is said to have originally come from Persia (Iran) and was once called the ‘foreign zither’ but has become so ensconced in Chinese culture that it is now considered a Chinese instrument. 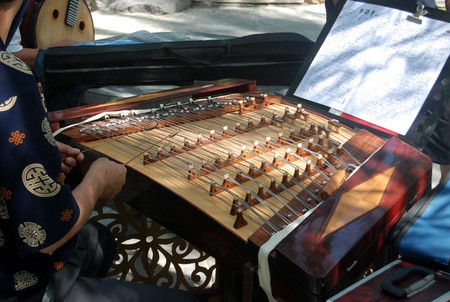 A traditional instrument played by many of Taiwan’s aboriginal peoples, the mouth harp is especially popular with the Atayal, Amis, and Bunun tribes. It is classed as an aerophone and made with slivers of bamboo, sometimes copper, and a piece of yarn or string. The player places one side in their mouth while using their hand to pull on the string. By moving their mouth and controlling their breathing, they can then create notes.

A kind of violin that only has two strings and is held upright when played. This classical Chinese instrument has a hexagonal body, the front of which was traditionally covered with the skin of a python. However, this is no longer the case in Taiwan. It’s said to be a most expressive instrument which can sound both melancholy and cheerful in equal measure. 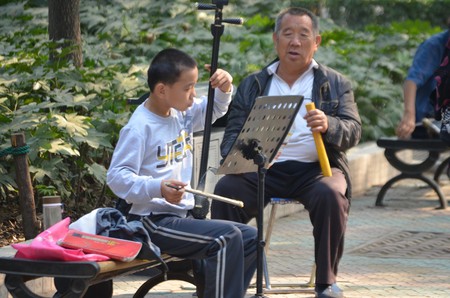 Of course, the xylophone is a common instrument in many cultures, but it has a particular significance for the Truku tribe here in Taiwan. It’s an extremely simple instrument with only four wooden bars that produce four basic notes. However, these instruments are incredibly harmonious when played together as each has its own individual sound.

This seven-stringed zither without bridges is perhaps the most historical of all the classical Chinese instruments played in Taiwan. Often referred to as the instrument of the sages, the Guqin was Confucius’ chosen instrument. Boasting over 3,000 years of popularity, the elite of Chinese society once considered it one of the four arts that all educated people must master. It was out of reach of the general public for many generations, but these days there are societies that promote its music and use in modern cultural events.

Very similar in appearance to the harp, this instrument first appeared in written texts around 600 BC. Unfortunately, the Konghou fell out of favor for quite some time, and as such, it took a lot of research and experimentation to reproduce the instrument accurately. But since the 1950’s the Konghou has grown in popularity due to its mellow and graceful tones which fit perfectly into classical Chinese music.

Sometimes called the Chinese lute, the pipa is a four-stringed lute with 30 frets on its neck and pear-shaped body. It is held upright while the player uses five plectrums attached to each finger to play notes from a wide dynamic range. 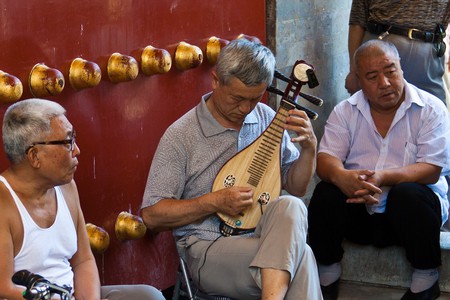 This instrument is also known as the Chinese guitar and has a distinct banjo-like appearance. It has four strings, and the number of frets depends on the length of the neck. This instrument is said to be the precursor to the pipa. It comes in various sizes determining the sound of each and is a common sight in classical Chinese orchestras.

There are many drums used in classical and traditional Chinese music. The styles of drums vary greatly from the bamboo slit drums of the various tribes to the large single or double headed drums used in many religious ceremonies and a variety of cultural events and performances. The drum, no matter what size or shape it takes, plays an integral role in Taiwanese culture and is the one instrument that can be found in every musical aspect of local life. 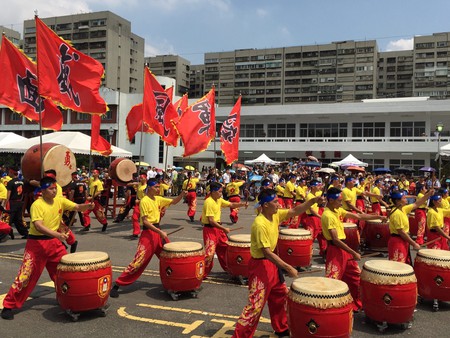