Why Sri Lankan Short Eats Are a Daily Staple 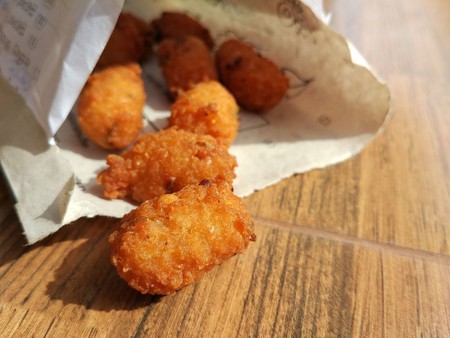 No matter if in a city or in a small town, there will be bakeries and street carts selling short eats everywhere in Sri Lanka. These are savoury, and very often, spicy baked snacks that take away hunger pangs at any time of day without making a dent in your wallet. If you’re looking for a snack, be on the lookout for metal and glass boxes filled to the brim with all sorts of shorts eats in markets and on sidewalks. You’ll soon enough learn that kottu roti is not the only Sri Lankan street food delicacy available on the island.

The origin of short eats comes from the classic afternoon tea brought over by the Europeans. Some short eats, like cutlets, resemble Portuguese bolinhos. The triangle-shaped pastries resemble samosas and the round ones look like little English pies. It’s almost like short eats are a mix of all the different nationalities that have influenced the island and left their mark on its culinary landscape. Short eats are perfect lunchbox fillers for school kids, too. Ironically enough, street sellers will wrap short eats in their kid’s old school work papers.

There are four main kinds of short eats, depending on how they are prepared, and most have the same variation of chicken, mutton, fish and vegetables. 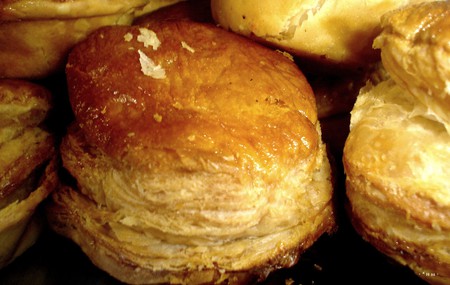 Some of the pastries look like little English pies, others look like empanadas. Some bakeries make their pastries into little squares with puff pastry, others make them into triangles using a thicker pastry. Another favourite is the sausage puff in which a spicy hot dog is wrapped in puff pastry and baked. Most Sri Lankan pastries are baked but there is also a fried variation, called patties. They sometimes have the same fillings as baked pastries, it all depends on taste. The fillings are always very flavourful curries or thick stews with meat and vegetables cut into small pieces.

The short eat that deserves its own section is the vadai, a cookie-type flattened ball made of cooked orange lentils with curry leaves and chilli. This little snack can be found pretty much everywhere, with prawns or with a vegetarian option. In the famous Galle Face Green, there are about 20 little carts that sell flat vadai with three prawns on top. This fried snack is a huge favourite. 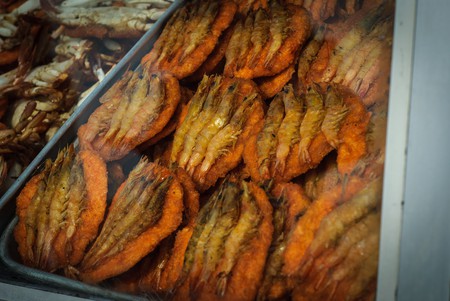 Cutlets come in either round or oval shapes. They are traditionally made with fish but can be vegetarian as well. The main ingredient that keeps the cutlet’s shape is potato mash mixed with spices and the desired protein. Inexpensive fish cutlet will use canned mackerel, while the more expensive kind will use canned tuna. The little balls or ovals are moulded by hand, then breaded and fried. They are very popular at parties and when drinking alcohol. Another popular variation is the mutton cutlet.

Little buns filled with seeni sambol, a sweet onion relish, are a mid-morning favourite. The most common are fish buns and sausage buns. They go well with a milky tea and kids love packing them in their lunchboxes. 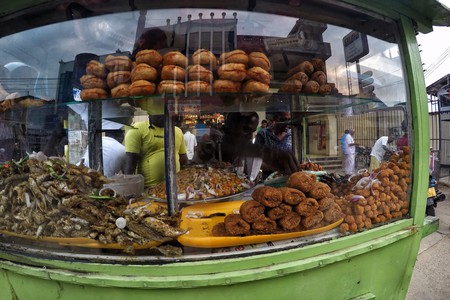 Last but not least are egg rolls and spring rolls. Egg rolls are roti-style flatbreads rolled up and stuffed with all sorts of spicy fillings, similar to pastries, and then fried or baked. Spring rolls are classic crunchy paper rolls filled with vegetables.

Short eats are a party staple but on some occasions, vadai and fish buns just won’t cut it. For these occasions, short eats include finger sandwiches filled with pol sambol, beetroot curry and spicy cheese. Other popular staples include chicken wings and battered prawns with local spices and dips.

The best places for good short eats, apart from street sellers, are at any of The Fab bakeries or Sen Saal eateries. Perera And Sons and Green Cabin are old time classics as well.