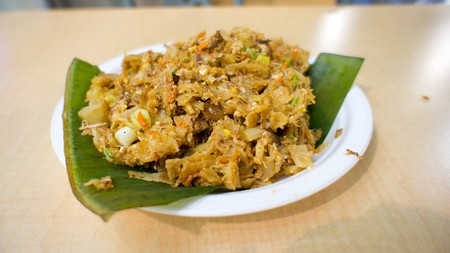 Kottu Roti is the Sri Lankan street food favoured by locals and visitors alike. Some love it late at night after a stint of partying, others love it for breakfast. The coolest thing about Kottu is the way it’s made. Believe it or not, Kottu-making has a rhythmic beat. It’s a Sri Lankan icon, once only for the low and middle class, now a favourite with the upper class youth.

The myth of Kottu Roti

Kottu Roti legend says that once upon a time there was a kottu seller on the east coast of Sri Lanka that was closing up his roti stand when a group of tourists arrived asking for some food. The roti seller only had scraps left over from the day, bits of cooked roti, some vegetables and leftover chicken curry. Instead of telling the tourists that he was all out of food, he made a mashup of the leftovers. Tourists loved it and raved about it in their travels. Thus, Kottu Roti was born. No one knows if this is a true story but it’s fun to have myths and legends, even about food. 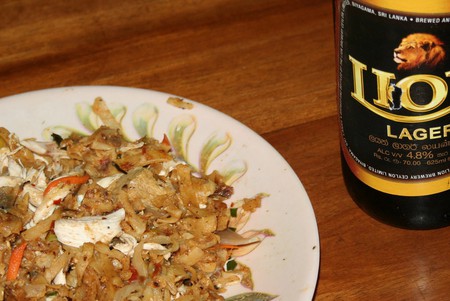 Kottu Roti is made of little bits of heaven.

The main ingredient is roti, which is cut up into small bits. Apart from roti, other ingredients added are usually onions, leek, cabbage, eggs and sometimes chicken, mutton, beef and the more modern version, with cheese.

The sound of Kottu Roti

The preparation of Kottu Roti has a rhythmic tune that can be heard blocks away. First the onions and vegetables are put on the gridle, then the eggs. Once the eggs are scrambled and cooked, the cut up roti is added to the mix. This is when the music starts. The Kottu cook puts the two metal spatulas to work and starts mixing and cutting the stuff on the gridle with a rhythm. Every cook has his own personal rhythm. 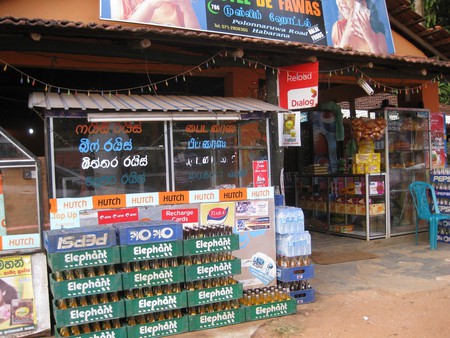 Where to get Kottu Roti while in Sri Lanka

There are plenty of places around the island to try some Kottu Roti. Unfortunately, some places are not the cleanest and will only give you the runs the next day. Therefore, best eat Kottu Roti at the places that are known to be clean. Here are the best places in Colombo, Galle, Kandy and Tangalle.