The Top 10 Spas and Wellness Centres in Colombo, Sri Lanka 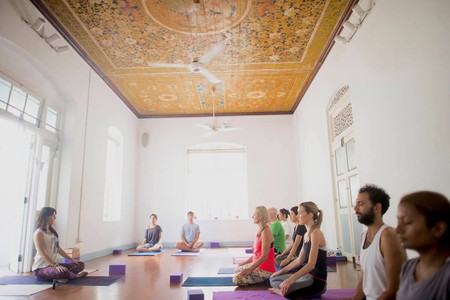 Sri Lanka is home to the Ayurvedic natural medicine practice, originally brought over from India. Most spas and wellness centres are based on this Ayurvedic practice, some also include yoga and several places offer casual yoga lessons for locals, visitors and longtime residents. Some also provide other sorts of wellness treatments and there are spas that concentrate on massage and beauty health where anyone can unwind with aromatherapy and special treatments. Keep reading to discover the best spas and wellness centres in Colombo, Sri Lanka.

Spa Ceylon is by far the most known and well-established spa and Ayurvedic product manufacturer in Sri Lanka. With shops and spas all over the city and the rest of the island, Spa Ceylon has you covered when it comes to Ayurvedic treatments and spa products. WHITE is the ultimate favourite out of all the Spa Ceylon establishments. They use their own signature products and the masseuses are very skilled. After the treatments, don’t forget to stock up on Spa Ceylon products to take home. 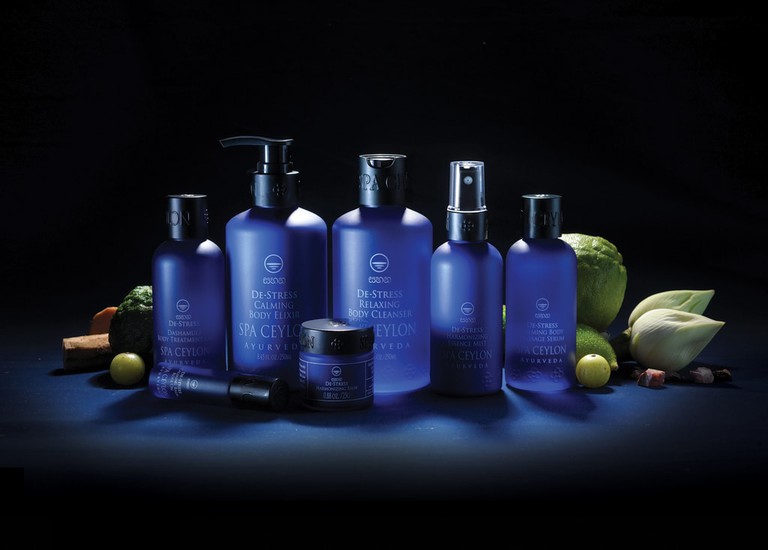 One of the best yoga studios in Colombo is spreading its wings to become a full capacity wellness centre and soon, a city resort and retreat. Prana Lounge is a favourite among locals and expats alike due to its great space and wonderful instructors. Treatments include all kinds of holistic healing practices. They are also starting an internationally licensed Yoga Teacher Training, making Prana Lounge a complete yoga and wellness centre. Check out their Facebook page for class schedules. 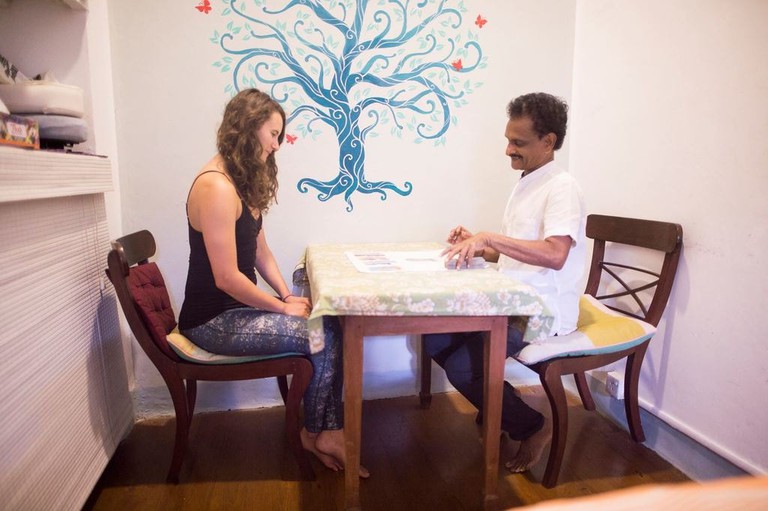 For a more in-depth yoga experience, head to Om Shambhala in Colombo 5. Apart from classic Kundalini and Hatha yoga, there are also kids Acro yoga classes and meditation and stretching classes. Om Shambhala is one of the few places in Colombo that offers Tai Chi lessons. Check out their Facebook page for class schedules, spiritual learning sessions and other special events. 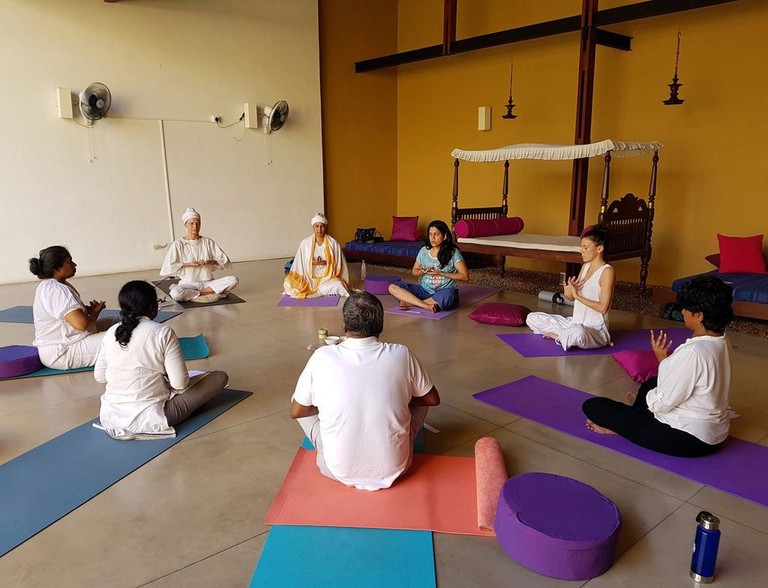 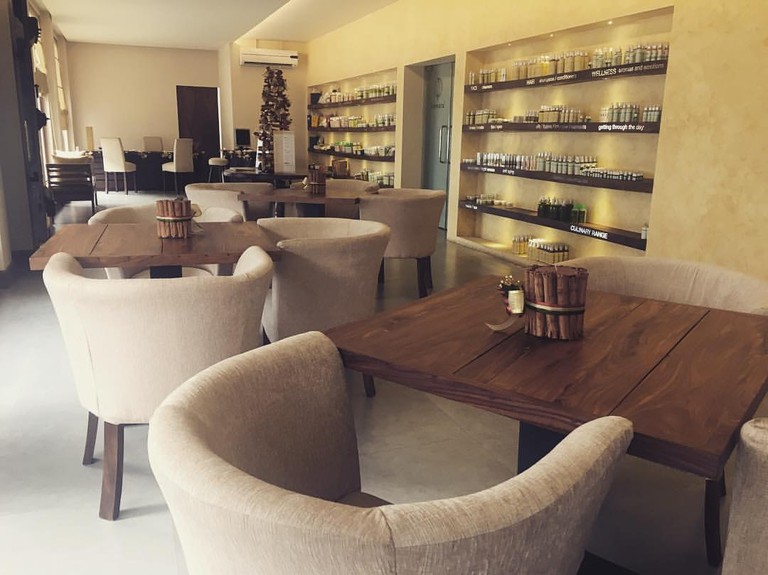 The Kemara flagship store is a great place to visit | © Kemara
Kemara is another spa that creates their own products with natural ingredients. They have a wide range of shampoos, creams and beauty products, including a kid’s line. Their specialty is the ‘build your own’ perfume, which can be done upon appointment. The spa offers aromatherapy, deep tissue massages and hot stone massages as well as reflexology and body exfoliations. Kemara Spa is in the lovely neighbourhood of Cinnamon Gardens and next to the Good Market and Kumbuk Kitchen, where visitors can get a healthy range of food and drinks.
Open In Google Maps
14 Reid Avenue, Cinnamon Gardens Colombo, Western Province, 700, Sri Lanka
+94112696498
Visit Website
Visit Facebook page
Give us feedback

The Ceylon Holistic Centre of Colombo is the local representative for Medicina Alternativa Alma Ata 1962. They are more than just a wellness centre, they are a health and well-being centre that offer treatments for health ailments in both preventative and restorative forms. The Ceylon Holistic Centre has taken a lead in medical tourism in Sri Lanka and is very professional. Call them for more information.

Recently moved to a bigger and better location, The Om Space was one of the first yoga studios in Colombo and it still remains a favourite. Yoga classes range from Kundalini to Acro and there are classes for pregnant women and for kids as well. All instructors are specialized in their specific field (kids or pregnant women), so visitors can be sure to experience safety and a genuine experience. There are also Reiki and reflexology treatments upon appointment. Visit their Facebook page for info on class schedules and upcoming news. 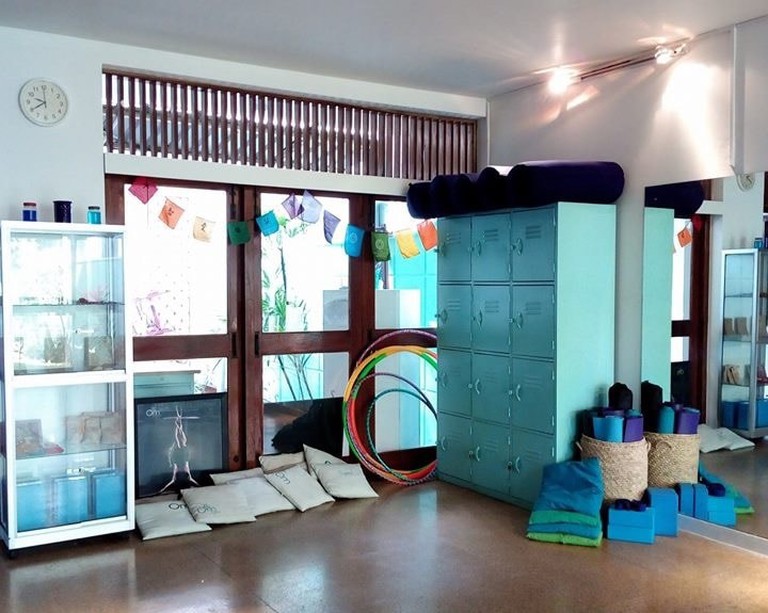 ExSerendib is an Ayurvedic Spa that offers treatments for body, face and shoulders. They also offer herbal steam baths in private rooms with experienced and licensed therapists. In the heart of Cinnamon Gardens, ExSerendib is a classic Ayurvedic spa registered by the Ministry of Health, Department of Ayurveda. It’s definitely worth a visit if you’re looking for the real deal.