Top 10 Things To Do In Kandy, Sri Lanka 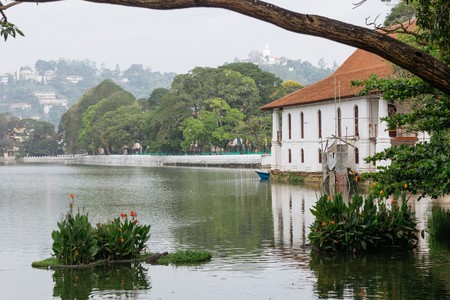 Located in the heart of Sri Lanka, Kandy was once the capital of the ancient kings and it remains one of the country’s most significant cultural and religious centers. Not only is it home to the country’s most holy relic, a tooth of Buddha, but the city also offers numerous wondrous attractions and sights, from tropical forests to tea plantations and spice gardens. Browse our list to find the most important stops in Kandy.

Temple of the Sacred Tooth Relic

Sri Dalada Maligawa or the Temple of the Sacred Tooth Relic, alongside Adam’s Peak, is considered one of the holiest places in Sri Lanka and is an important pilgrimage destination. The golden-roofed temple is supposedly home to a tooth of Buddha and during the puja, the time of offering and prayers, tourists as well as religious followers are able to inspect the gold casket in which it is guarded. The temple itself is located in the royal palace complex, which encompasses several temples and museums. It was originally believed that the holder of the tooth relic would also be the rightful governor of Sri Lanka. Particularly noteworthy is the annual perahera, during which the tooth is paraded around the city accompanied by around 65 colorfully decorated elephants. 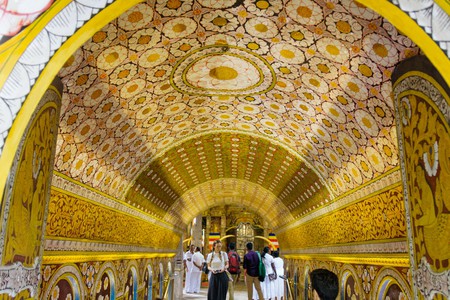 Kandy Lake was artificially constructed by the last king of Sri Lanka and Kandy, Wikrama Rajasinhe, as an additional feature for the beautifully laid out Temple of Tooth complex. Also called the Milky Ocean, the lake remains partially incomplete due to the British invasion in 1815. Several legends are connected to Kandy Lake and it is believed that the king installed a secret tunnel from its island to the palace. Nowadays, it remains one of the most highly regarded sights in the country and, despite its location in the center of the bustling city, the lake makes for a wonderful stroll and a respite from the noise of motorbikes and market vendors. 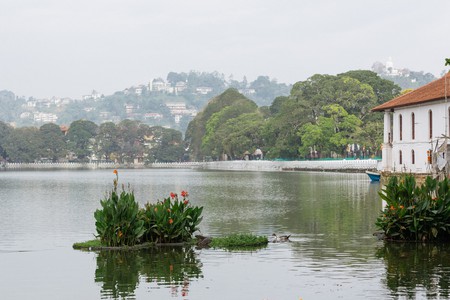 Sri Lanka remains one of the world’s most important tea producers and is home to numerous extensive tea plantations. It is worth taking a trip to one of the many tea factories to inspect the process up close and marvel at the beauty of the tea plants, which are usually planted over hilly areas and make for a truly dazzling scenery. Giragama Tea Plantation is located just outside of the city and provides an insight into the refinery of delicious teas, from green to Earl Grey. It is situated around 613 meters above the sea level and it also houses a tea museum. Visitors will not only be able to further their knowledge through a tour but they will also be given a taste of the end products. 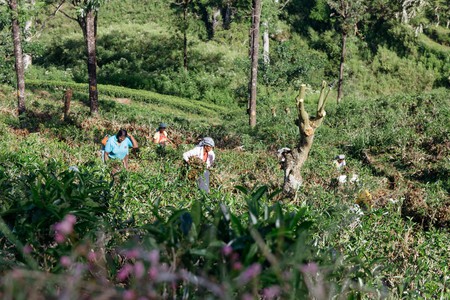 Due to an ideal climate, Sri Lanka has been a popular destination for merchants trading in spices for more than 2000 years. Visitors can find a wealth of deliciously smelling plants in Kandy’s spice gardens from pepper and nutmeg to cloves, cinnamon and cardamom. The Royal Botanical Garden, Peradeniya, is located just a few kilometers outside of the city and is home to more than 4000 different plants species including medicinal plants, orchids and palm trees. Travelers are able to enjoy a truly memorable experience here. For those looking to take some of the spices back home, there are several markets, however, it is advisable to double check prices.

Located on a hill, overlooking the city, lies Bahiravokanda Vihara, a giant Buddha statue and one of the city’s most notable religious monuments. Visitors can climb to the top of the hill within an hour, but should be aware of rising temperatures during noon. Once you have reached the peak, bahivara kanda, or devil’s hill, offers panoramic views of Kandy and its surrounding area. The statue itself can be seen from most places throughout the city and is particularly enchanting at night when it is bathed in light. Make sure to remove your shoes before entering the premises or join the devotees, who offer flowers or light oil lamps in reverence to the mighty Buddha. 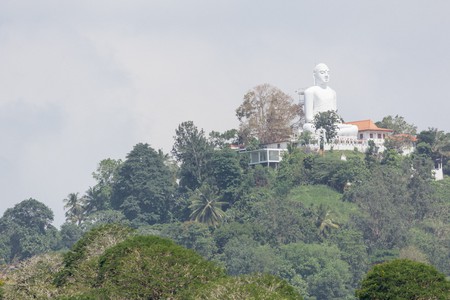 Dalada Maligawa is one of the most unique museums in Asia and exhibits a collection of relics, highlighting the spread of Buddhism throughout Asia and the rest of the world. It is the only museum of its kind showing a Buddhist exhibition of the religion’s global spread. The museum provides an insight into the development of the peaceful religion from the simple teachings of Buddha to differentiated systems and groups of followers across the globe. Visitors can follow its origins in India and its eventual extension to other countries throughout Asia. Dalada Maligawa Museum is well worth the visit not just for followers of Buddhism but also for those wishing to learn more about the cultural roots of Sri Lanka and gain an understanding of its identity. 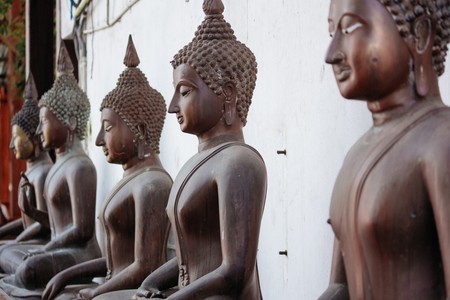 Should you find yourself in Sri Lanka in July or August, make your way to Kandy to marvel at the annual Esala Perahera procession, a historical event in which the sacred tooth relic of Buddha is paraded through the streets. Next to several colorful elephants, the procession consists of numerous local dancers, drummers and fire plays. The majestic elephants are decorated with colorful and glittering clothing and parade throughout the streets every evening –they increase in numbers until more than 50 of these gentle animals fill the streets. The festival commences with a water cutting ceremony by the Mahaweli River. Travelers wishing to get the best possible views of the Perahera should arrive early in order to save themselves a seat or should be prepared to pay high prices in order to acquire front-row seats.

The urban forest reserve of Udawattakele once served as the pleasure garden of the kings of Kandy. The wildlife sanctuary is home to several species of mammals, reptiles and an impressive fauna. Additionally it houses several important Buddhist meditation hermitages. The park is particularly popular with bird watchers and is of great educational value. The Sri Lanka Forest Department has installed two offices in the reserve which display posters and stuffed animals and where visitors can get more information about the life of the park. Udawattakele is a celebration of the lush jungles of Sri Lanka and its tropical nature and is one of the best reasons to get out of the bustling city. 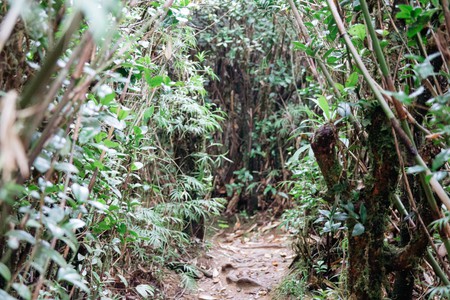 For those looking to experience authentic Sri Lankan cuisine, Kandy Muslim Hotel offers some of the best samosas and curries in the city. Perfectly spiced dishes are served at incredibly reasonable prices. The real highlight of any visit, however, remains the kottu roti, which consists of chopped rottis fried with meat and vegetables. The Kandy Muslim Hotel continues to see numerous local and foreign visitors and remains a staple of Sri Lankan cuisine. Whether you like spicy food or prefer a creamy curry, this place offers a variety of cooking styles. Why not avoid being guided upstairs and join the local crowd on the ground floor?

The well maintained Commonwealth Cemetery serves as a memorial for the soldiers who died in the defense of Sri Lanka in WWII. The site is a relic of the country’s colonial history and a witness to the turbulent changes the country has undergone throughout the years. The peaceful atmosphere of this resting place stands in stark contrast to Kandy’s bustling streets. Walking among the tombstones and reading the information about the fallen heroes is a unique experience. The cemetery dates back as far as 1817 and also serves as the last resting place for several young and old people who made Kandy their home in the previous centuries. The melancholy atmosphere is worth the trip, and don’t forget to make a donation to keep the immaculate cemetery as spotless as it has remained throughout the years. 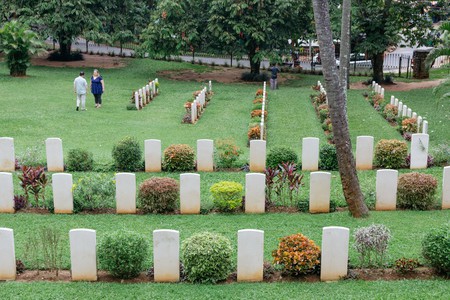