The Best Things to See and Do in Jaffna, Sri Lanka 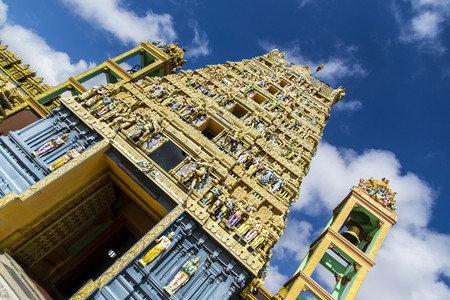 Jaffna is the northernmost city in the island of Sri Lanka. Home to the majority of the Tamil population, this area is still largely unmodernized and recuperating after the Civil War that raged for almost 30 years. Jaffna is full of beautifully ornamented Kovils (Hindu temples) as well as ancient Buddhist temples. The destruction of the war is still evident but visitors will see how the community is bouncing back and rebuilding, while not losing their Tamil identity. Visitors can get to Jaffna by train or car on a road trip. Keep reading to find the best things to see and do in Jaffna.

The Nallur Kandaswamy Kovil is the most important Hindu Temple in Jaffna. Located in the town of Nallur, the current building is the fourth construction of the temple, which was originally built in 948 AD. If foreigners wish to visit the temple, it is expected that they follow modesty guidelines and women cover their shoulders and legs. Wearing white is suggested but not mandatory. Shoes must not be worn inside the temple and it’s best to be respectful. The temple can be visited on your own or with a guide. Puja (worship) times are 5am, 10am, noon, 4.30pm , 5pm and 6.45pm. 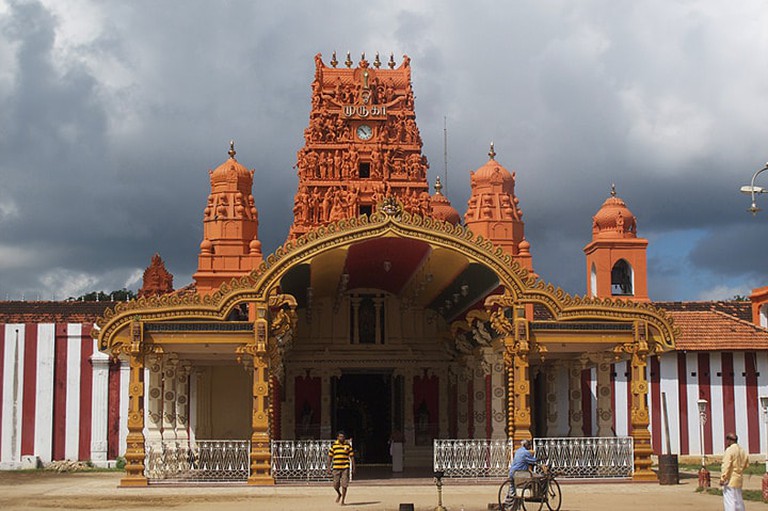 There are also a few remaining ancient Buddhist temples in Jaffna, despite its Hindu majority. One of the most famous is Kadurugoda Temple in the Kadarodai region of Jaffna. It is believed that this temple dates back to the Anuradhapura Era. The complex has around 20 visible stupas that look like no other stupas in Sri Lanka. The site of the Kadurugoda Raja Maha Vihara has been declared an archaeological site, and is maintained by the Sri Lankan Army. 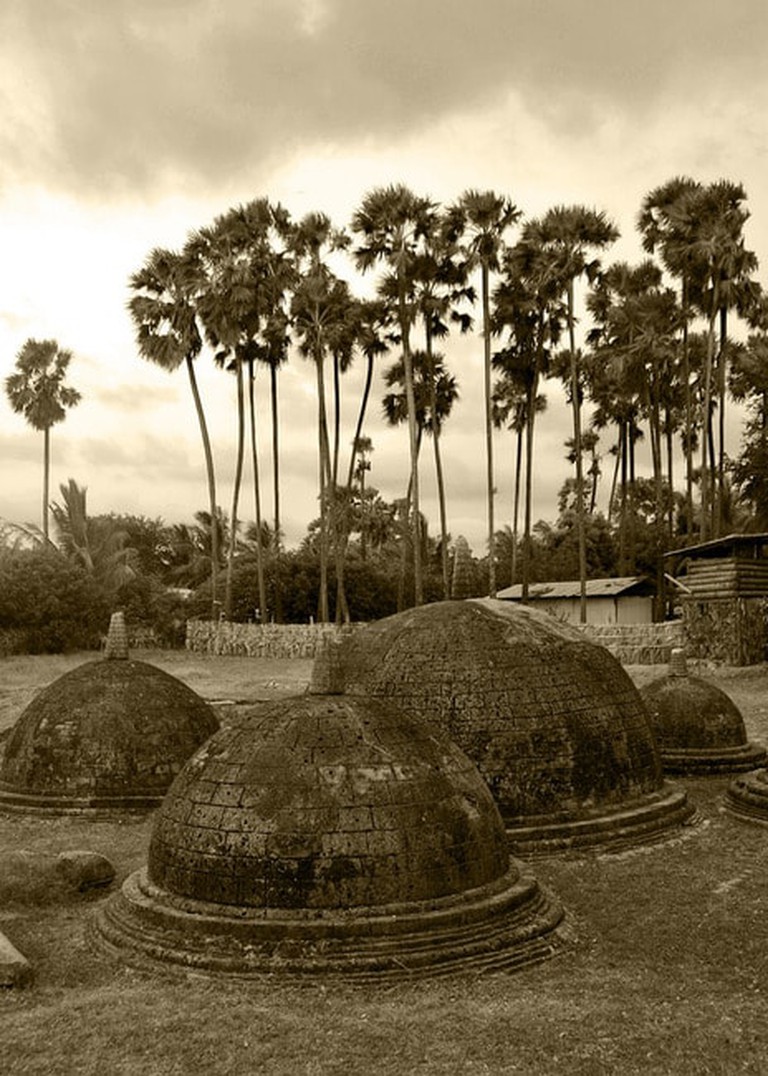 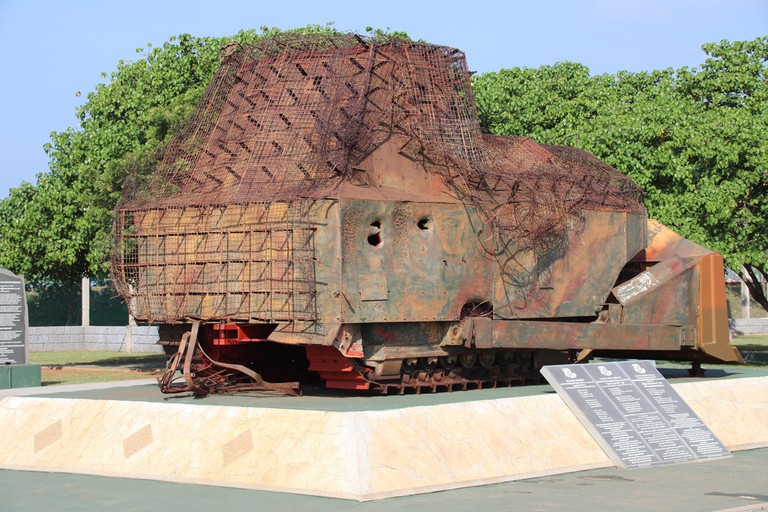 Elephant Pass War Memorial | © rythmicdiaspora / Flickr
Elephant Pass is a strip of land that connects the mainland with the Jaffna Peninsula. Most visitors will enter Jaffna via the Elephant Pass and drive past the Elephant Pass War Memorial. The great big tank in the photo below was placed here as a memorial to commemorate the war and all the fighting that happened in this area. If you are interested in the history of the civil war, then stop here on your way into Jaffna.
Open In Google Maps
A9, Pachchilapalli, Northern Province, Sri Lanka
Give us feedback 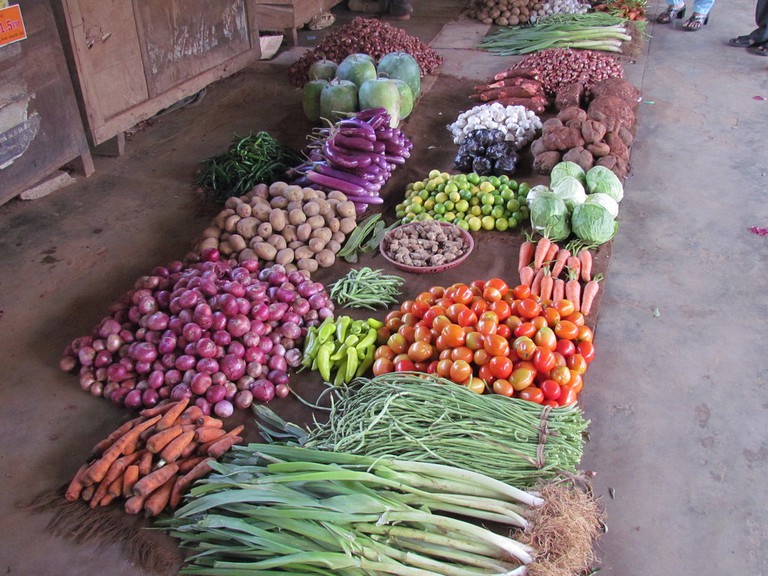 Jaffna market veggies for sale | © David Brewer / Flickr
Markets are an essential stop in any Sri Lankan town or city. The Jaffna Market is a beautiful array of vegetables, fruit, clothing and home items. Every market has its own special je ne sais quoi, including the Jaffna Market. Take a walk around and buy some spices to take home!
Open In Google Maps
Chundukuli Jaffna, Northern Province, Sri Lanka
Give us feedback

When wandering around Sri Lanka, visitors quickly notice that hotels are not really hotels at all but actually hole-in-the-wall food joints selling all sorts of goodies to appease the appetite. The Hotel Rolex in Jaffna is not a hotel, and neither does it sell Rolex watches! What it does sell is a wonderfully yellow biryani rice and curries and vegetable dishes. We suggest you ask the waiters for the freshest dishes and just go for those! 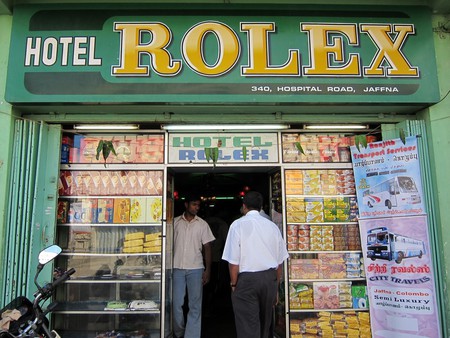 Restaurant, Indian, Vegetarian, $$$
Facebook
Email
Twitter
Pinterest
Copy link
Share
Map View
Another choice for yummy eating is Mangos on Temple Road. The food at Mangos is essentially Indian vegetarian, and quite good. The look of the place is nothing special but the service is fast and efficient.
Open In Google Maps
359/3 Kovil Road, Nallur Jaffna, Northern Province, Sri Lanka
+94777661083
Give us feedback

People in Sri Lanka will tell you that the Jaffna mango (or Karutha Colomban) is the best on the island. Street vendors usually sell mango snacks with a sprinkling of chilli, sugar and salt. Only eat these street delicacies if your tummy is strong and can handle street food! Another option is to buy some at the market and eat it back at your hotel after washing it. 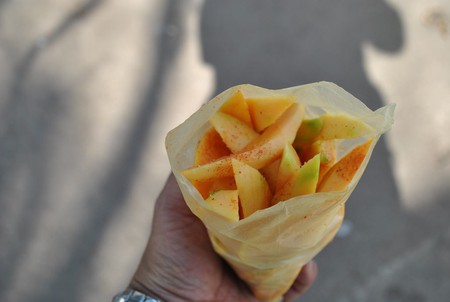 The Rio Ice Cream Parlor is a favourite in the Jaffna community. Sweet and creamy, it’s a must-try when the sun is scorching. The sundaes and special treats really hit the sweet spot. Oh, and the name Rio has nothing to do with Brazil: it actually stands for the Rathinam Industrial Organization.

See the remaining ruins of the war

As the city of Jaffna recuperates from the war, there are still some remnants of what happened: destroyed buildings, forts and train stations. Little by little these remains will disappear, but there are still some places where the destruction of war is still apparent. 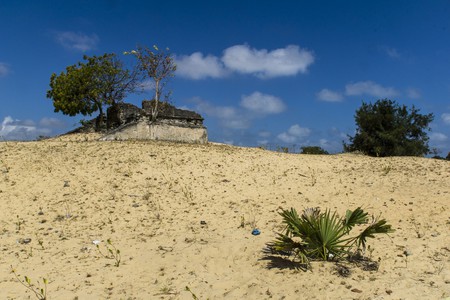 Jaffna is a peninsula with outlying islands that are easy to reach by car or ferry. Visiting the islands in Jaffna is not something all visitors do, but those that take the extra step will get a cultural treat. The island of Nainativu is reachable by ferry from the last road-connected island. Nainativu is home to the Naga People, a living ancient culture of snake worshippers. The Main Hindu Kovil in Nainativu is extremely colorful and a delight for photographers. 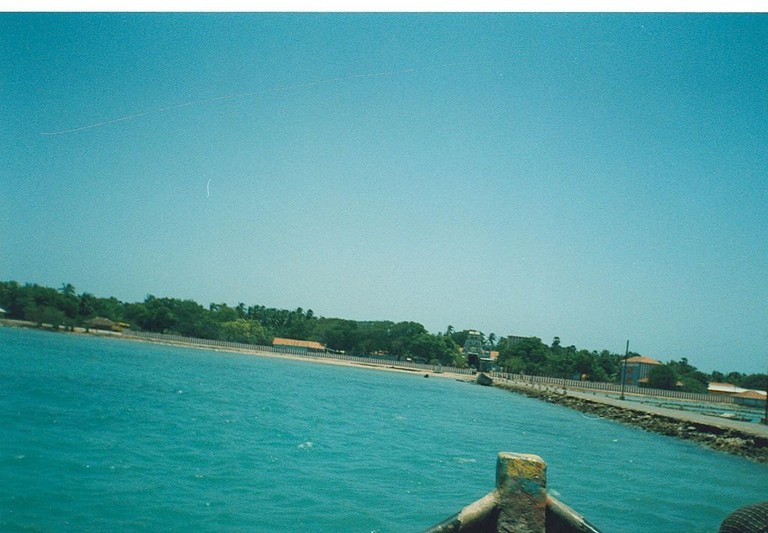 The Nainativu Kovil is the main Hindu temple on the island of Nainativu. A must-visit if you make it to the island. This temple has around six puja rituals a day and is home to lots of festivals every year. The temple receives about 500 visitors and pilgrims a day, and over 100,000 during the festivals. Just like all kovils and temples, foreign visitors are expected to follow customary dressing rules and be respectful of the worshippers and brahmans. 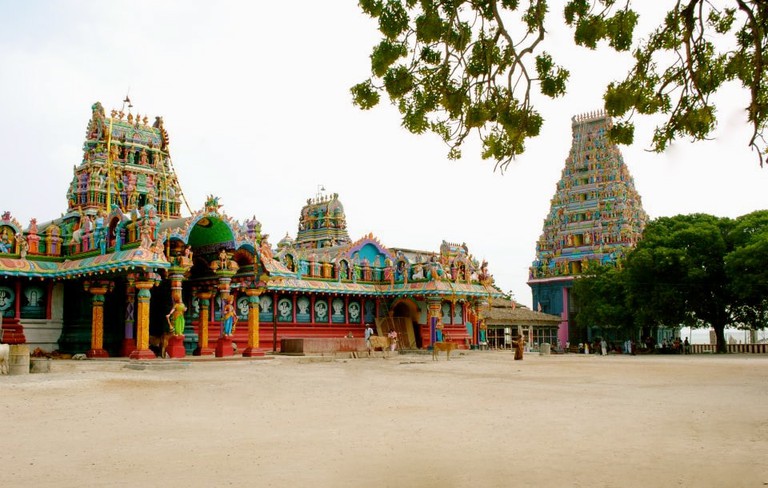 The next large island after Nainativu is Delft Island. In the Park Strait and about a three hour ferry ride from Jaffna, this is a trip for visitors that stay in Jaffna for longer periods. The island is full of old colonial buildings in all levels of disrepair. On Delft Island, places of interest are the Growing Rock, the Baobab Tree and the white sandy beaches. 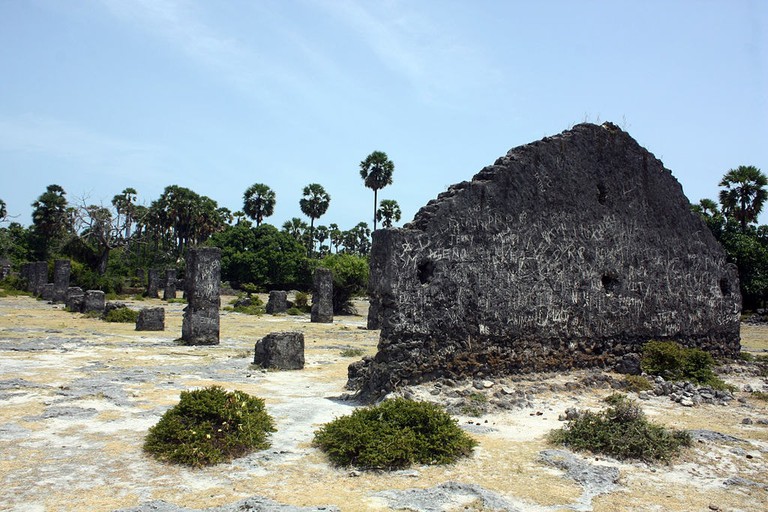