Best Things To Do And See In Trincomalee, Sri Lanka

Sri Lanka is an enchanting island – the changing climate every 20 kilometers, the rich cultural and historical heritage, mythologically significant locales, hill country area, wildlife parks and, of course, the beaches all around the island. When one does visit the island, which is also known as ‘The Pearl of the Indian Ocean,’ Trincomalee is one of the favored towns.

Getting to the town with a remarkable natural harbor, however, could get tiresome as it is about 233.7 kilometers away from the airport by road. For those who are willing to spend some extra money, the travel time can be reduced to 45 minutes with the domestic air taxi service – Cinnamon Air, which flies from Bandaranaike Airport to China Bay near Trincomalee. Once you get there, Trinco is a joy to explore. Captured below are the must-see and must-do things in the charming town of Trinco.

Recognized as one of the best vantage points by oceanographers for whale watching, you don’t want to miss out on an opportunity to spot blue whales (between March and April) and sperm whales (between August and September). Small boats carrying a maximum of six passengers zoom about 30-50 kilometers into the ocean where one can easily spot whales playing, swishing, and, if you’re lucky, their acrobatic skills. 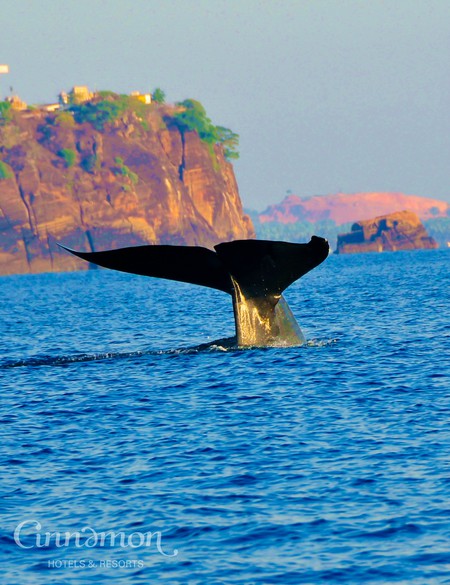 From May through August, while the whales are away, there are not 15 or 20 but about 300 dolphins worth watching – each of them a pleasure to watch.

For all the water babies, this one’s a delight. Named after the rock pigeons that lived there, Pigeon Island is an ideal spot for snorkeling and spotting corals and marine life – there have even been instances where tourists have swum with octopuses at Pigeon Island. Isn’t that exciting? Make sure a guide escorts you to ensure safety.

A mythology fan or not, the temple set atop a cliff in part of an ancient Dutch fort provides a picturesque view of the ocean and the quaint Trinco city. The famous Ravana Cut, also known as Lover’s Leap, is also located here.

There is a space where one will find small cradles tied to trees outside the temple. The belief here is that when couples aren’t able to have children, they pray at the temple and tie a cradle to the tree in hopes that they will have a child. 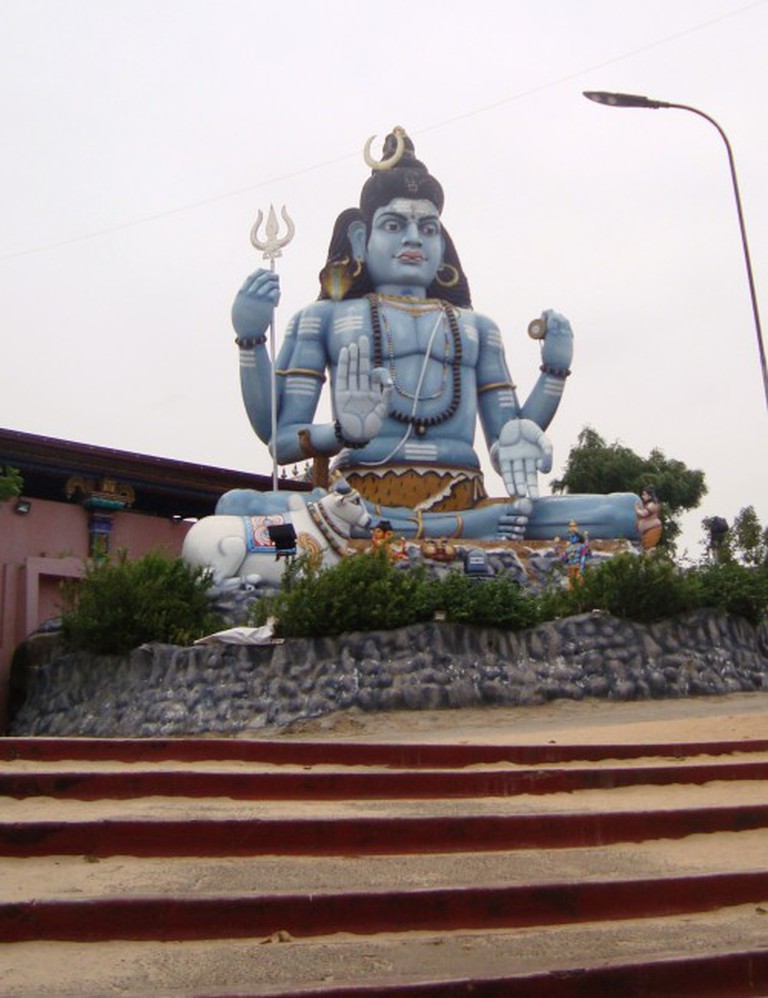 The Kanniya Hot Springs is believed to have first been mentioned in the Ramayana. The seven wells have seven varying temperatures of water from lukewarm to extremely hot. Tourists with religious beliefs usually come to bathe here. 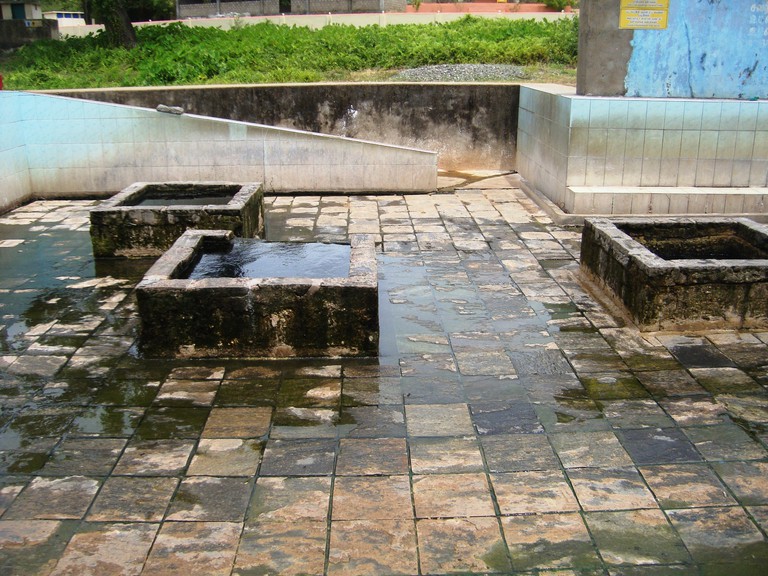 Three out of the seven hot wells | © Nicole Figueiredo

Additional locations to visit include the Commonwealth war cemetery, natural harbor, local Dutch lounges, and the Trinco market area. There are also other temples that are worth visiting around Trincomalee and Nilaveli. Apart from all the visiting and spotting, lazing on the beach and going for a swim are two other activities you must do.

Also, do not miss the Jaffna chili crab at The Crab restaurant at Trinco Blu. If you’re a seafood lover, this preparation will make you set new food goals.