The Best Things To Do And See In Colombo

Since the end of the civil war, Colombo has steadily developed, turning itself into one of Asia’s industrial and financial hubs. The city has a variety of activities and sights to offer, from tranquil landscapes to cultural monuments. Browse through our list of the top things to do and see in Colombo and let yourself be taken by the charm of the capital city, bridging history and modernity. 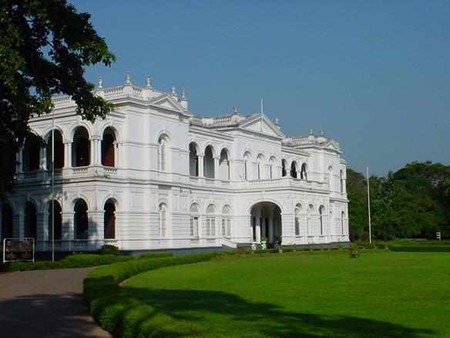 The National Museum is the largest of its kind in Sri Lanka and dates back as far as 1877 when it was founded by Sir William Henry Gregory, a former British Governor of Ceylon. Built in an Italian architectural style, the extensive museum is home to an impressive regal collection of the country’s former kingdom and includes the throne and crown of the Kandyan monarchs. More than 100,000 items have been arranged according to their historical period, allowing visitors to learn about the cultural development of this fascinating country. Additionally, the museum’s library houses a vast collection of historical books and chronicles and actively participates in the restoration of cultural wisdom, from ethnology to anthropology and crafts. Visitors are welcome to join the lectures and seminars, which are held on a regular basis.

Located a few miles outside the city center, the area of Mount Lavinia offers a welcome respite from the bustling crowds and provides dazzling views over the Indian Ocean. The middle-class suburb boasts a famous ‘Golden Mile’ of beaches and some of the best restaurants in the city. Within this laid-back setting, visitors can stroll along the shore and take in the scenery. During the evening the numerous charming restaurants will put the catch of the day on display, which is subsequently prepared to your liking. From king prawns to butterfish and tuna, take your pick from the mouthwatering selection and marvel at the seaside with a cool drink. Mount Lavinia is worth the trip – the food as well as the setting are memorable.

The Buddhish temple of Gangaramaya Vihara is considered one of the city’s most important temples and continues to attract numerous visitors due to its eclectic architecture and tranquil setting. Located on the atmospheric Beira Lake, The Gangaramaya Vihara presents a skillful balance between modern and traditional architecture while retaining its authentic essence. The Simamalka Shrine is particularly noteworthy as are the Vihara, the Relic Chamber and colorful collection of Bhuddas. Additionally, the temple actively participates in community affairs, seeking to provide education to more than 7,000 students. It also houses its very own elephant. 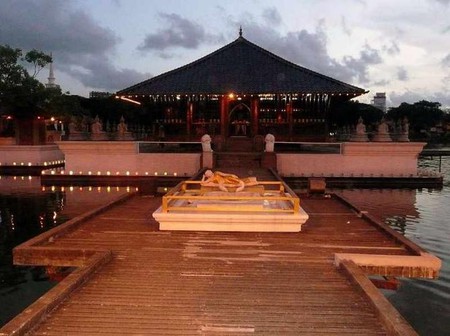 Viharamahadevi Park is worth a visit any time of the day, yet it is particularly atmospheric at dusk when its giant bats leave their caves and circle over the area. Originally known as Victoria Park, this place is home to a number of magnificent flowering trees that can be inspected in full bloom from March to May. It was eventually renamed in honor of one of the Sri Lanka’s most famous Singalese queens, the mother of the national hero, King Dutugamunu. The elephants from the nearby temple can often be found grazing here and the lush flora offers some of the most intriguing scents you’ll have ever experienced. 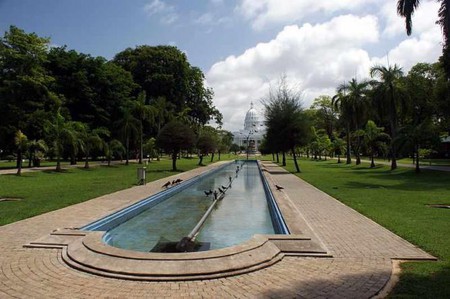 Commemorating the independence of former Ceylon, now Sri Lanka, on the 4th February 1948, the Independence Memorial Hall stands as a symbol for an era of transformation and the rapid development of Colombo into one of Asia’s most notable cities. The monument was erected in the place of the formal ceremony, opening the first parliament and officially announcing self-rule. Constructed from concrete and columns, the structure reflects the traditional architecture of Sri Lanka and resembles a Kandyan audience hall. Elaborate stone carvings, paintings and rows of stone lions give this place a magnificent aura. 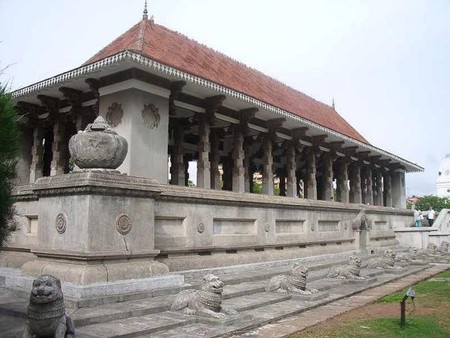 Built during the Portuguese era, the Sri Kailawasanathar Swami Devasthanam is Colombo’s oldest Hindu temple and is located only a few minutes away from the Fort Railway Station. It is dedicated to the war god Skanda and it serves as the starting point for the yearly Hindu Vel Festival. The main building is decorated with colorful depictions of gods and goddesses and there are also shrines for Shiva and Ganesha. Numerous devotees often fill the square, begging for rice or presenting their offerings, making for some of the most intriguing people watching in the city. The majestic Sri Kailawasanathar Swami Devasthanam is one of the most significant cultural and religious symbols in Colombo and should not be missed.

There’s hardly a sport Sri Lankans are more enthusiastic about than cricket. Why not immerse yourself in the local culture, attend a cricket match and soak up the atmosphere? The national cricket team only attained full Test Status in 1982 but has celebrated outstanding successes ever since, culminating in their victory in the 1996 World Cup. The team has since become an important source of national pride as well as identity. The carnival vibe and animated crowds will make any game a truly memorable event and are a welcome change from the usually more tranquil English cricket grounds. Matches are held at the Premadasa Stadium in Colombo, north-east of the center. Tickets can be purchased at the nearby office. 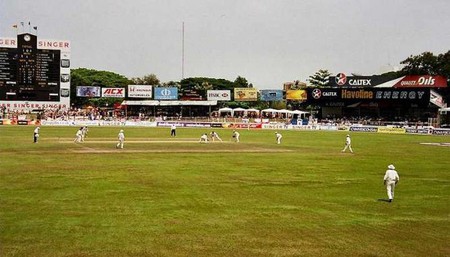 Make your way to Galle Face Green, an extensive urban seaside park stretched out over half a kilometre along the magnificent coast of the Indian Ocean. Originally used by the Dutch as a clear line of fire for their cannons, today this place offers a tranquil setting and is a favorite spot for joggers, walkers or picnickers. With the breezes from the sea, Galle Face Green welcomes a large number of kite flyers, resulting in dazzling sights of the sky filled with graceful inventions. Food vendors throughout the area provide tasty nibbles and refreshments. Why not join the locals and fly a kite while watching the sun set over the blue waters? 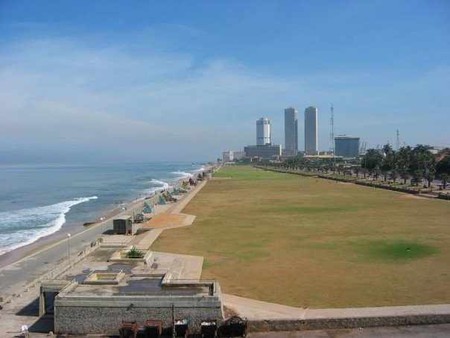 Throw yourself into the bustling streets around Pettah Market and inspect the multitude of shops and vendors trying to sell everything from touristy trinkets to fresh meats and fruit. As in most Asian countries, you should be prepared to haggle for your chosen goods or seek out comparable offers before completing your purchase. From electronic goods to jewelry, you can find almost anything you want within the labyrinth of Pettah market. At times, Pettah Market can be somewhat overwhelming and chaotic, but it offers a truly wonderful insight into local customs and culture and is worth a visit even if you are not on the hunt for bargains or souvenirs. 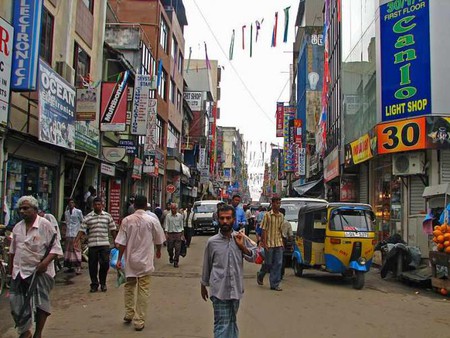