Why Elephant Experiences Have To Become More Ethical 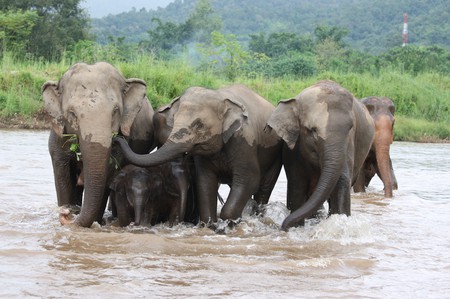 As a holiday-maker in search of a once-in-a-lifetime trip away, your dream visuals are likely to include the following: glistening golden sun setting into the turquoise sea, palm trees stretching far beyond the sandy horizon, mouthwatering meals on every beautifully laid table and, perhaps, that trump photo of you riding a majestic elephant.

Posted on social media, the colorful snapshot sees you gleefully sitting atop the giant beast. However, that’s all it is: a snapshot – an ostensibly blissful image which doesn’t tell the whole story.

How Elephants Have Been Treated Historically

Every single year, tens of thousands of elephants are brutally killed for their ivory. Working illegally, ivory dealers employ poachers to shoot entire herds of elephants before hacking off their tusks with axes or chainsaws. Despite being shocked by the mass murder of elephants under those circumstances, no one seems to have given much thought to the desperate lives of the elephants forced to entertain a torrent of tourists each year, until now. Since 2008, Rickshaw Travel has been promoting responsible travel across their 24 destinations, enabling holiday-makers to experience local culture while minimizing the negative impact of travel. In 2016, their focus is on the Elephant.

The delight of riding an elephant comes from the idea of being so close to such a magnificent, wild animal. And yet, a truly wild elephant wouldn’t let you ride it, so their feral spirit has to be broken.

Around 75 percent of elephants in the tourism industry have been illegally captured from their natural habitat in order to satisfy the increased demand for riding and entertainment. The elephant then has to be forced to understand and obey human commands. To ‘train’ an elephant, babies are quickly taken from their mothers before having their spirit broken through physical and psychological pain, including isolation, starvation and beating. 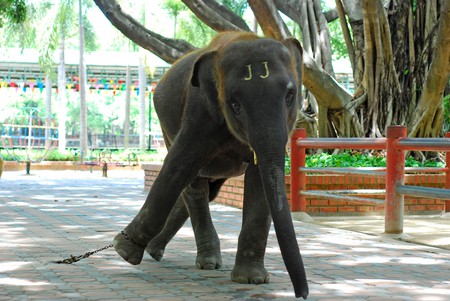 While waiting for an oblivious tourist to hop on their backs, the captive elephants are usually restrained in small enclosures by chains, fed a diet that doesn’t meet their needs and denied social interaction with their own kind. The results of this perpetual mis-treatment can be fatal.

The irony is that the more a traveler loves elephants, the more likely they are to want to ride one and feel so incredibly close to the magnificent mammal. But is a lifetime of pain really worth a couple of fleeting thumbs up on Facebook? Rickshaw Travel doesn’t think so. 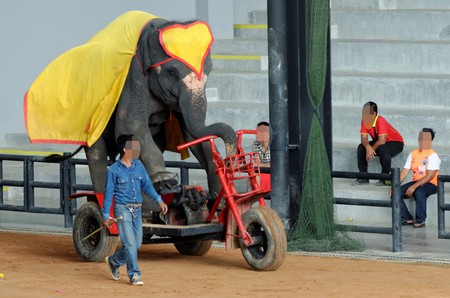 A devastating example of the mis-treatment of elephants, courtesy of WAP

According to World Animal Protection, there is currently no global regulation regarding how wild animals are used in tourism. The big challenge then is to transform the tourism industry so that it becomes part of the solution to end cruelty to wildlife. Alyx Elliot, Head of UK Campaigns at World Animal Protection, said: ‘It’s clear that thousands of tourists are visiting wildlife attractions, unaware of the abuse wild animals’ face behind the scenes. We need to stop the demand for elephant rides and shows by exposing the hidden suffering behind wildlife attractions. If you can ride a wild animal, then you can be sure it is cruel.’

Rickshaw Travel has made it their mission to stand up for elephants by replacing all elephant riding excursions with ethical elephant experiences. They firmly believe that tourism can be of huge social and environmental benefit to the destinations they work with, so they aim to maximize the positives with their drive towards providing meaningful, responsible, and sustainable adventures.

Deep Into The Jungle in Indonesia

Rickshaw Travel’s new bite-size trip allows travelers to venture into the raw, remote Sumatran jungle where regal elephants roam the rivers and monkeys chatter in the trees. Not far from their rustic bungalow on the banks of the Kualsa Buluh River, guests can treat the elephants to a jolly good scrub down in the water. Rickshaw looks out not just for the animals but also for the native people – by offering this experience, they’re supporting the local community with a grassroots project that actively hires ex-loggers and trains them as guides. 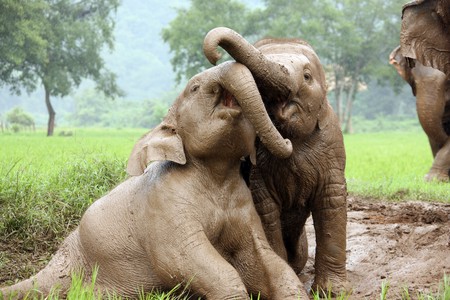 Sri Lanka’s Pinnawala Elephant Orphanage is very popular, but there’s uncertainty surrounding its attitude towards animal welfare. As a result, Rickshaw Travel has decided not to offer elephant experiences there, instead arranging visits to the Elephant Transit Home in Udawalawe. The Home provides a humane alternative to taking abandoned animals into permanent captivity as they aim to return them to the wild when they’re ready. It’s a fantastic place to observe the gentle giants living as a herd from the respectful distance of a viewing platform. 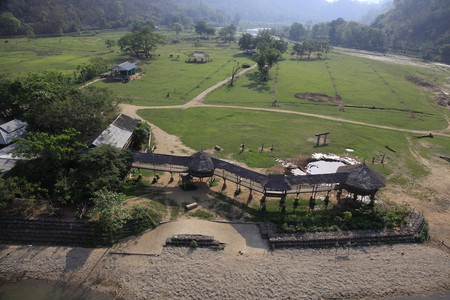 Chiang Mai’s Elephant Nature Park’s mission is to promote sustainable, elephant-friendly tourism by rescuing and caring for elephants that have previously been mistreated in camps and circuses. Here, visitors have the opportunity to meet over 35 elephants, as well as walk with them, watch them play, and even give them a bath.

These experiences won’t just look epic but feel genuinely rewarding too, knowing that you’re a part of (and not just riding upon) something much bigger than yourself.

Click HERE to find out more about Rickshaw Travel’s projects and on-going developments!