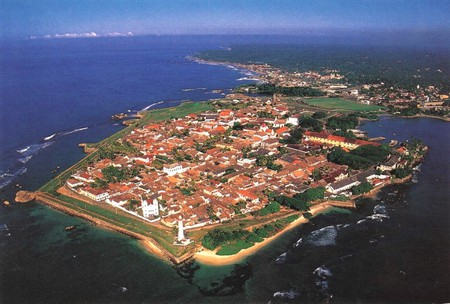 Sri Lanka has a long and complicated history when it comes to colonial powers. First came the Portuguese, who were expelled by the Dutch, who were in turn deposed by the British before the islanders were allowed to govern themselves in 1948. The colonizers all left their imprint on the island, which is still visible in the cities and countryside churches and monuments.

The remnants of the three colonial periods are in evidence from the northernmost tip in Jaffna to the southern port of Galle. The capital Colombo is still anchored by an ancient fortress and magnificent old buildings amidst the glass skyscrapers that are taking over the skyline. In the recent past, many of the nation’s colonial treasures have fallen victim to the 25-year civil war between the Sinhalese government and northern-based Tamil rebels, known as the Tamil Tigers or LTTE. Others suffer neglect. But much still remains to be admired. 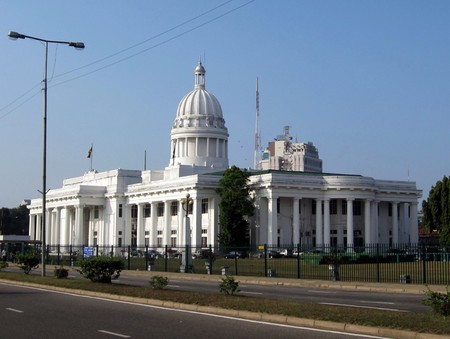 The colonial heart of Colombo is the Fort, a European trading post since the 16th century. Much of the Fort was devastated when an LTTE suicide squad drove a truckload of explosives into the Central Bank in 1996 that killed 91 people and wounded more than 1400 others. The rebuilt area is now crowned by the 40-story twin towers of the World Trade Center. 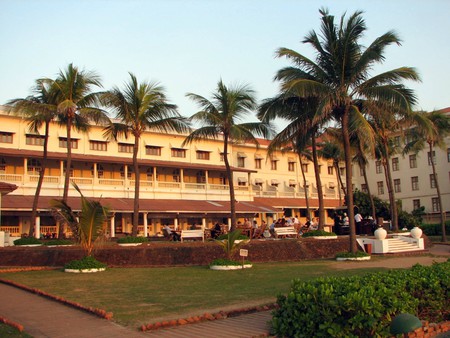 Most travellers would see the colonial face of the capital in the Galle Face Hotel, built in 1864. A plaque in the lobby boasts of some of its most famous guests: President Richard Nixon, John D. Rockefeller, Russian astronaut Yuri Gagarin, playwright Noel Coward, British Prime Minister Edward Heath among them. Today the Galle Face verandah is the go-to place to watch the sun sink into the Indian Ocean with a sundowner in hand.

Unheralded across the street is the Galle Face Court, where at least one former U.S. ambassador and other diplomats and businessmen took up residence in retirement, unwilling to wrench themselves from tropical comfort to face their last years in their own chilly countries. Lesser known today than the Galle Face is the Grand Oriental Hotel in the Fort. It is now virtually derelict, but its guest list was once so exclusive that the manager would decline bookings with a peremptory note: ‘I regret to inform you that you are not feasible enough…’ 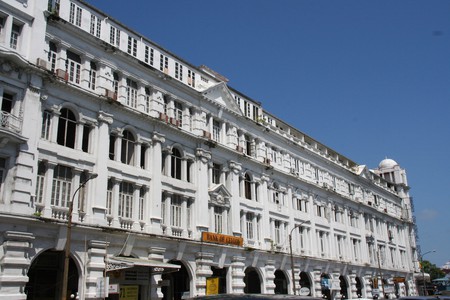 Next to the GOH is the red-brick Cargill building, with its arched colonnade offering shelter to pedestrians from the sun. The grand edifice with its distinctive color began as an import-export warehouse in 1844, then became a department store, then a supermarket. Now old and tired, the building has been bought by the Singapore-based Raffles hotel company and is due for a facelift. Away from Colombo’s coast stands the imposingly domed Town Hall built in the 1920s. It is in the Cinnamon Gardens neighborhood, an upscale residential district with grand old mansions that have been taken over by embassies or turned into guest houses. During a campaign speech on the Town Hall lawns in 1999, President Chandrika Kumaratunga was targeted by an LTTE bomb that cost her an eye. She went on to win reelection a month later.

In the south, the Portuguese built the fortress of Galle overlooking a rocky bay in the early 1500s, which was later enhanced by the Dutch. The old town is now a UNESCO World Heritage Site. Many of its streets, churches and buildings still bear Dutch names, and its ramparts and lighthouse are postcard-familiar. But there, too, modernization is encroaching, albeit tastefully. Both in Galle and in Colombo, classic buildings that were once Dutch hospitals have been converted to malls and fine restaurants. 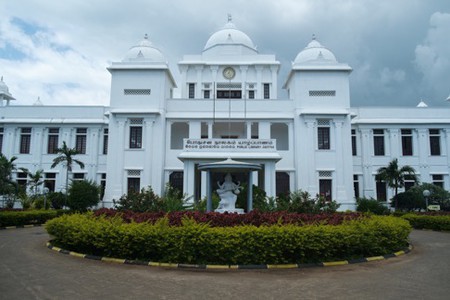 The iconic building of the far north is the Jaffna library, built in 1933. The library was the repository of Tamil history and culture until its destruction by fire in 1981, along with 97,000 priceless volumes. That incident fuelled the tensions that led to the outbreak of the civil war two years later. The library was restored to its classic look after the war ended, and this colorful port city is once again beginning to attract adventuresome tourists.