A Tour of Dutch Colonial Architecture in Sri Lanka 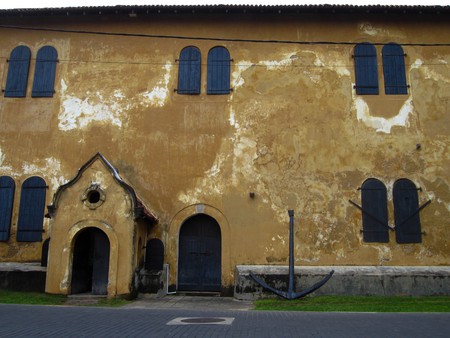 Between 1640 and 1796, a Dutch Governorate partly governed Sri Lanka. For many years before that time, the Portuguese and Sri Lankan kings were fighting over the island, and the king of Kandy invited the Dutch to help beat the Portuguese. After they won the war, the Dutch took some land as payment, and the Dutch Ceylon was established in both the northern and southern areas. During this time, plenty of buildings went up in the Dutch style of architecture.

While there is not a lot of Dutch Colonial structures left due to the many wars, there are some excellent examples in Colombo and the southern city of Galle. Both cities make for ideal getaways for history and architecture buffs.

There are three worthwhile Dutch Colonial-style buildings left inside and very close to the Colombo Fort and include the Old Dutch Hospital, which is now a happening eating and shopping destination, the Dutch Museum and Wolvendaal Church. You can visit all three in one day and have lunch at the Old Dutch Hospital, which is also a great place for a little souvenir shopping.

The Dutch East India Company established the Old Colombo Dutch Hospital in 1681. It is considered the oldest building in Colombo and is now a shopping and eating complex with stores, coffee shops and restaurants. The world famous Ministry of Crab restaurant calls the complex home, and if you want to dine there, a reservation is a must. The Old Colombo Dutch Hospital is an ideal place to stop and get a treat in the middle of a walking tour of the Colombo Fort. 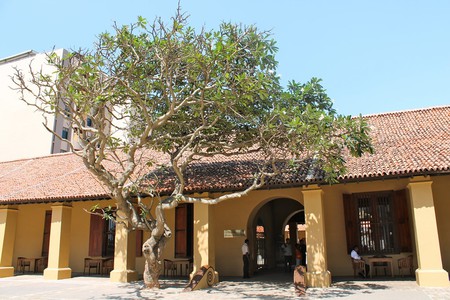 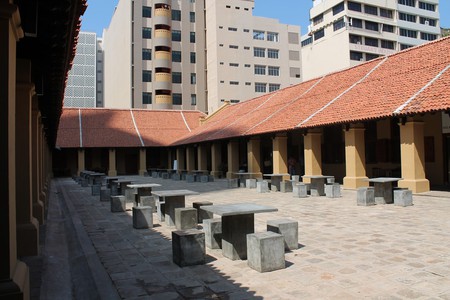 The Wolvendaal Church sits atop a little hill in Pettah, a neighbourhood in central Colombo. When the Dutch sailors arrived at the ports, they could see the church in the distance. Today, modern suburban buildings block the views, but the church is still open to visitors. The floor of the building features ancient tombstones in Dutch and Sinhalese. 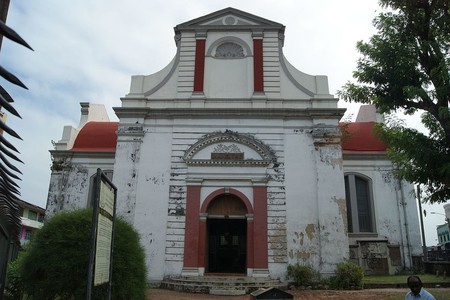 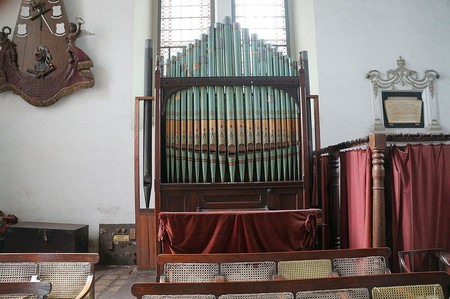 The best part of the Dutch Period Museum in Pettah, Colombo is not the exhibition but the building itself. It has stood the test of time for hundreds of years, and today, the Department of National Museums manages it. It is one of the best preserved Dutch Colonial buildings as it was never converted into something that didn’t suit the architecture. Originally, it was a Dutch Governor’s mansion, and the opulence is still visible and felt through the old wooden furniture and columned corridors. 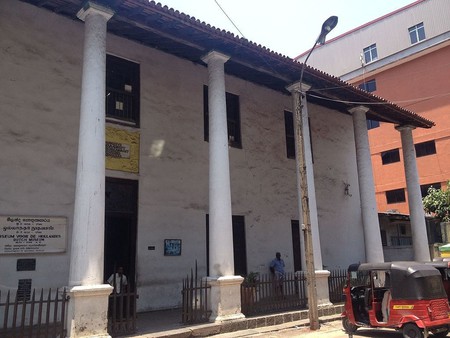 The southern city of Galle is famous for the Galle Fort and all of the remaining colonial structures, some of which are becoming beautiful boutique hotels, coffee shops and more. There are a couple of famous spots in Galle worth a visit for architecture lovers. The Groote Kerk and the National Maritime Museum in the Dutch Warehouse are the most memorable. The best way to see these sights is to take a walking tour with Galle Fort Walks.

The Dutch Warehouse is an unlikely structure, built into the ramparts of the fort. The main entrance to the fort crosses right through the first floor of the building, making this a memorable spot in your walking tour of the Galle Fort. After years of being used as a warehouse for all sorts of merchandise that came via the ports, it is now the Maritime Archaeology Museum. In 2004, it survived the tsunami with some damage, but it has since undergone restoration. On top of the old gate is a coat of arms with the year 1668 and the initials VOC, the Dutch letters for the Dutch East India Company. 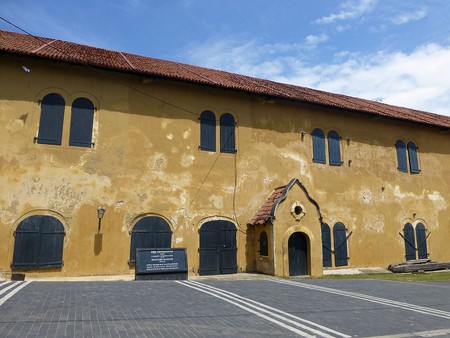 The Groote Kerk, or The Dutch Reformed Church, is one of the only churches standing inside Galle Fort. The religious structure, built by the Dutch Reformed Church in 1755, sits close to the entrance of the fort and is a pleasure to visit. Quite similar in style to the Wolvendaal Church in Colombo, Groote Kerk sees ancient tombstones, some of which have unique carvings, surrounding it and polished gravestones on the ground inside the building. 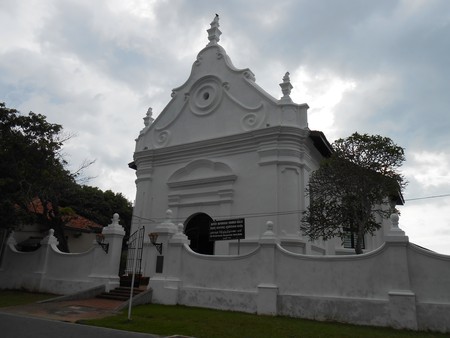 The Amangalla, an Aman hotel, sits in an old Dutch Commander’s manor house from 1684. Across the street from the Dutch Reformed Church, the Amangalla is a great place to stay in Galle and a perfect way to experience old Dutch Colonial architecture in the area. If you’re not spending the night at the Amangalla, then a visit for tea is in order. 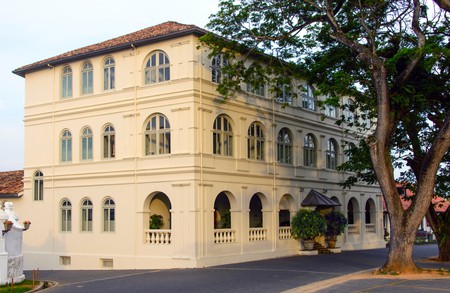 All photos sourced with permission from Aman resorts photo database https://www.aman.com/resorts/amangalla Amangalla is a gorgeous refurbished building from 1684 in the Galle Fort | Courtesy of Aman Resorts

Other places in Galle to see Dutch Colonial architecture are the Old Dutch Galle Hospital and the National Museum of Galle in the old Dutch Commissariat.