5 Customs Only Sri Lankans Can Understand 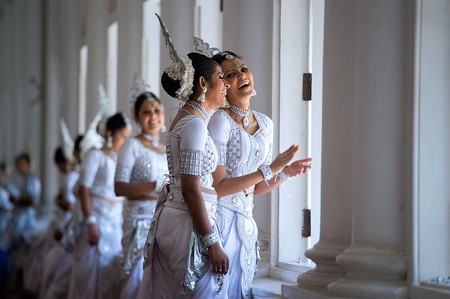 Sri Lanka is a land of mystery. Its history, culture and traditions remain, even today, to be some of the most exquisite yet alien to the world. Some say that one simply has to be Sri Lankan in order to understand Sri Lankan customs. Here are just a few of them, explained.

Once a girl has her first period, she is locked in a room in the house, away from the eyes of males – even her own father and brothers – and kept there with a female relative until an assigned time and day. On that auspicious day, the girl is covered from head to toe in a white cloth and escorted outside to a specially made hut, where she is be bathed in herb-infused water and sprinkled with white flowers by either the family washer woman or the girl’s mother. After bathing, the girl lights an oil lamp, worships her elders and is gifted new clothes and gold jewellery. All this is then followed by a grand celebration where one eats, drinks and makes merry.

In old Sri Lanka, this tradition declared to the world that the household has a marriageable daughter and invite potential suitors. Today, the tradition continues as a mere relic to symbolise the young girl’s ascension into womanhood. 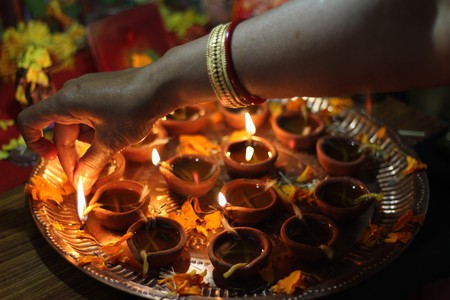 In Sri Lanka, sex before marriage is frowned upon, so a woman’s virginity is an essential for entering into a respectable marriage. On the morning after the couple’s first night, the groom’s mother visits the bridal chamber and inspects the couple’s white bed cloth for blood spots – proof of a broken hymen during the wedding night. If the telltale blood spot is found, all is considered well; if the white sheet is unblemished, the bride is considered immoral and unchaste and, therefore, damaged goods. Modernism has succeeded in shunning such traditions from the culture, however, so this practice is no longer prevalent in Sri Lankan society.

Pregnancy cravings are not to be ignored

It is considered ill luck to leave an expectant mother’s cravings (dola-duka) unsatisfied, to the point that ignoring them is believed to physically affect the unborn baby. A pregnant woman is to be kept happy and needing for nothing up until she delivers the baby. 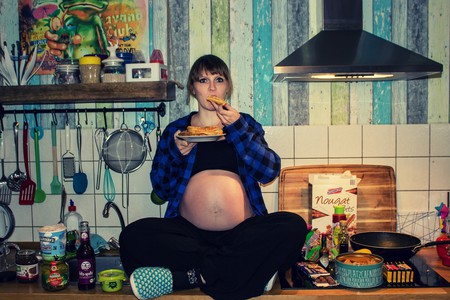 Keeping the doors open after funerals

It is believed that a home’s doors must not be closed until the seventh day after a funeral because the passed spirit wanders the house in which its body was kept and must therefore have free exit from the house at any time, lest it be trapped in the house. Additionally, a body must never be left alone until after it is buried or cremated, so it’s common for at least one person to keep vigil alongside the body at any given time.

In rural areas of Sri Lanka, some people believe that sickness is a result of malevolent spirits inhabiting a body; to remedy this, a nightlong ceremony called a thovil is conducted for the patient, who is seated on a mat covered with white cloth. These colourful ceremonies are complete with ‘devil dancers’ wearing devil masks and waving torches, bonfires as well as traditional song and dance accompanied by beating drums. The devil dancers perform for the patient, and lively conversation (funny and whimsical at times) ensues. It is believed that whatever demons inhabiting the patient’s body flees in terror of the devils dancing before it. Thovil is considered to be one of the most colourful forms of exorcism in the world. 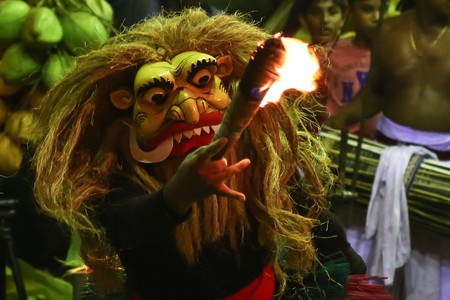