Considered by many to be one of the most beautiful sites in South Korea, Daehan Dawon in Boseong, Jeollanam Province is an oasis of verdancy and tranquility. Blanketed in soft, rolling hills of beautifully landscaped tea hedges, the farm functions as one of the biggest producers of the country’s green-tea products, and is perhaps the area’s most popular tourist attraction. Join us as we explore this picturesque village and find out what makes it so special.

Daehan Dawon, the largest and oldest tea garden in the southern county of Boseong, dates back to 1937, when the first green tea trees were planted by Japanese colonialists. The area’s rich soil, humidity and day-to-night temperature differences made it a perfect location for tea cultivation.

In 1945, with Japan’s defeat in World War II, the country’s Japanese overlords returned to their native land, and Boseong’s single tea plantation was all but deserted. In the mid 1950s however, Jang Young-seob, a Korean entrepreneur, purchased the land, reestablishing it as a functioning tea plantation. Soon enough, more plantations were instituted nearby, extending as far as the coast. Boseong’s tea industry quickly began to flourish, and today, the town accounts for some 40% of Korea’s green tea production. 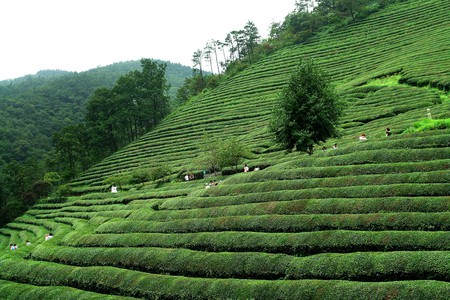 Presently, the tea fields boast approximately 5.8 million plants which are harvested to make yubi-cha—often considered to be Korea’s best variety, thanks to its superb taste and aroma. The seemingly endless rows of tea hedges trace a number of walking paths that are punctuated by groves of cedar, bamboo, maple or cypress trees.

The cedar path—perhaps the most notable attraction of the site, second only to the tea plants themselves —commences at the ticketing office by the plantation’s entrance, and features trees that soar more than 30m (98 ft.) above the fields. The journey continues to the rest area, where visitors can opt to climb up the stairway to get to the central observatory, which overlooks the plantation’s majestic green tea landscapes. Or, they can follow the cedar path toward the field observatory or the sea observatory, both of which offer views of the extensive plantation, its thick forests and the sea in the distance. 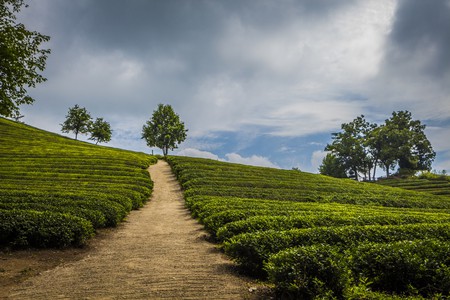 Eats, Treats and a Whole Lot of Fun

Of course, no visit to Daehan Dawon would be complete without sampling some of the region’s unique green-tea cuisine. At the plantations’ Dawon Lounge, visitors can try ice cream, milkshakes or lattes, all of which incorporate tea produced on the farm. The second floor of the lounge houses the Green Tea Restaurant, where visitors can order green tea jajangmyeon, cold green tea noodles and green tea bibimbap.

Adjacent to the Daehan Dawon is the Tea Museum of Korea. Here, visitors can learn more about the life cycle of the tea leaf, its harvesting and drinking culture. In addition, the museum offers a number of programs such as tea-making and tea ceremony workshops that provide a unique, hands-on experience. Furthermore, visitors can get an up-close look at tea plants from Korea, China, Japan and India at the museum’s arboretum.

Daehan Dawon is most spectacular during May, when it is at its greenest. This is also the time when the Boseong Green Tea Festival is held. During the event, festival-goers can participate in tea-picking and tea-making demonstrations, along with other cultural activities. 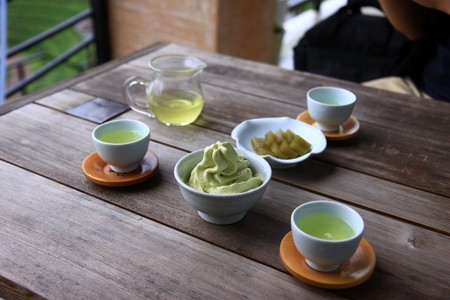