What to Do in Seoul During Chuseok 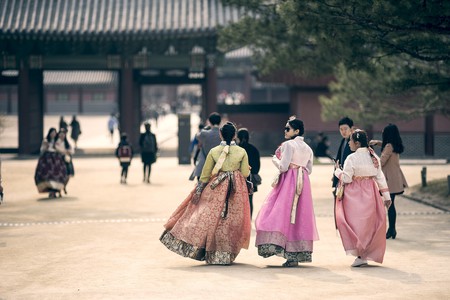 Held on the fifteenth day of the eighth month of the lunar calendar, Chuseok is one of South Korea’s most important holidays. Although it originally celebrated the autumn harvest, it is today one of the few times of the year that Koreans take time off work to visit their hometowns, share a seasonal feast with their families, and honor their ancestors through various ceremonies. Like most major public holidays, Chuseok is also a time in which many businesses close up shop. Nevertheless, there’s still plenty to see and do in Seoul during the festive period. 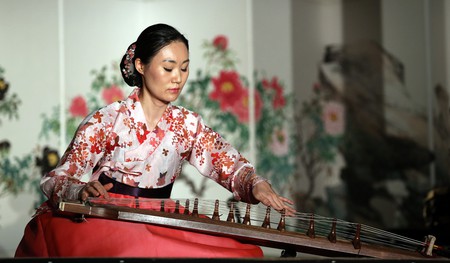 A performer plays the gayageum at Changdeokgung Palace | © KoreaNet / Flickr

Seoul’s royal palaces and museums are perfect places to get into the holiday spirit, as they offer plenty of cultural and traditional activities in which to indulge – not to mention free admission.

Namsangol Hanok Village is one of the most popular attractions during Chuseok. Situated at the foot of N Seoul Tower, the destination offers visitors the opportunity to participate in various hands-on activities and outdoor performances. The National Folk Museum of Korea is yet another place in which tourists and locals alike can enjoy fun events and traditional games, all the while learning about the country’s folklore and Chuseok traditions. 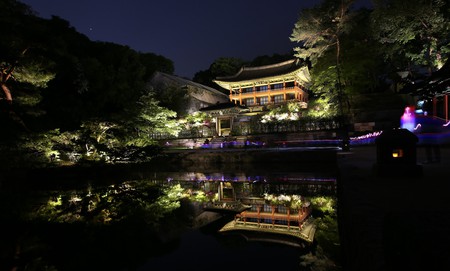 Check out a non-verbal performance

South Korea’s capital city also offers a number of musical and cultural performances that are sure to spice up your holiday, even if you don’t speak the language.

To get a taste of Korea’s traditional culture, book tickets to Lotus: A Flower Comes Out Once More, a musical performance based on ancient folk tales and beloved for its traditional music and flowing costumes. Cookin’ Nanta, a food-centric non-verbal performance, is one of the city’s longest-running and is also one of the popular attractions among tourists. Or, for those that appreciate Korean martial arts, check out Jump, which features a fantastic combination of taekwondo stunts and slapstick humor. 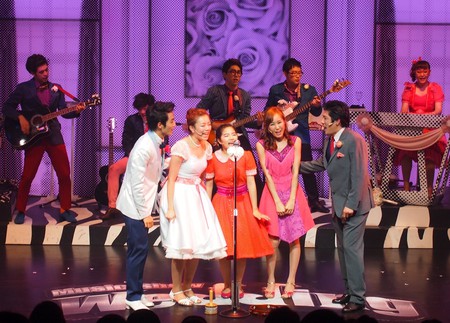 Get your zen on

Visitors looking for a bit of tranquility can check out one of Seoul’s many Buddhist temples, and in select locations even participate in an overnight Templestay program to get a feel for monastic life. Bongeunsa Temple in the city’s Gangnam district offers special programs during Chuseok such as tea ceremonies, Zen meditation sessions, and hanbok (traditional Korean dress) rentals. 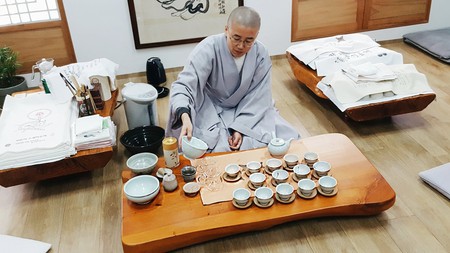 Shop ’til ya drop

Those hoping to snag a few deals on Korean fashion and K-beauty items will be glad to know that most major retailers in Seoul stay open during the majority of the Chuseok holiday. Even better, many of them hold Chuseok sales to encourage shoppers to spend their hard-earned cash. For the best deals, head to Seoul’s major shopping districts such as Myeongdong, Sinsa and Dongdaemun. 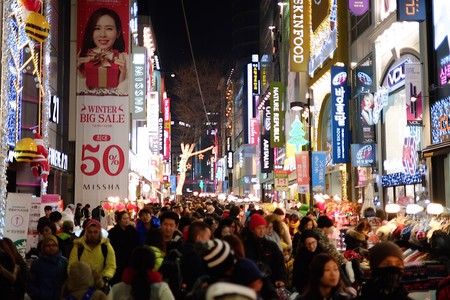 Because so many people leave the city to travel to their hometowns or visit relatives during Chuseok, there are considerably fewer people in the city. This makes exploring Seoul’s cycling routes and hiking paths far more enjoyable, as they can get quite crowded during the autumn months which tend to see the country’s nicest weather. Rent a bike and take it along the Han River, head to Bukhansan National Park, or pack a picnic and enjoy it at Seoul Forest. 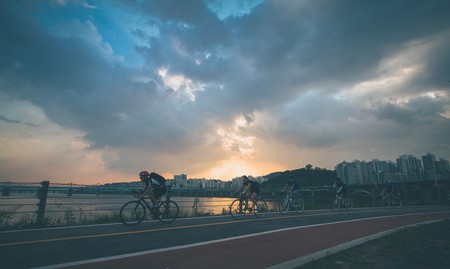 While the attractions mentioned above do stay open during the majority of the holiday, they may be closed on specific days or certain times. Be sure to double check their hours of operation before you visit.