What is Pungsu-Jiri, Korea's Version of Feng Shui?

The royal tombs at Gyeongju, laid out along cardinal directions and arranged relative to the mountains in the distance | © dokaspar / Wikimedia Commons

Literally meaning “wind-water-earth-principles-theory” or “study of the earthly patterns of wind and water,” pungsu-jiri-seol is Korea’s version of Chinese Daoist feng shui. This ancient art of divinatory geomancy involves the placing or arranging buildings or other sites auspiciously, based on topography. It was and still is widely used in the placement and architecture of Korean Buddhist temples, theoretical discussions, and even entire cities.

Koreans have long believed that harmony between natural occurrences such as weather and the changing seasons, as well as between the geographical features of one’s immediate surroundings like mountains, lakes, and land affect human health and happiness. The core of this belief is that building one’s home on a good myeongdang, or auspicious site, living there for the entirety of one’s life, and being buried in an equally good location will bring peace and prosperity not only to oneself, but also to one’s descendants.

This theory, along with the ancient belief that the fate of a society is based on yin-yang and the five elements, gave rise to a number of prophecies regarding the fate, fortunes, and tribulations of mankind. These predictions became systematized in Daoism, leading to the creation of pungsu-jiri-seol, a fascinating spiritual ecological science. 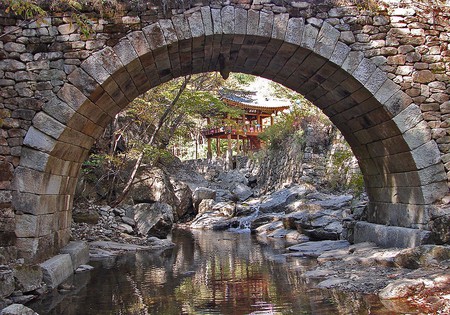 The secrets of the Bodhisattvas

By the tender age of 20, Master Doseon (826-898), a Buddhist monk who lived during the decline of the Silla Dynasty, had already become recognized as a highly respected Daoist master and a student of Seon Buddhism. To further his studies, Doseon journeyed to Tang China where he focused on esoteric Daoist and Buddhist astronomical, astrological, mathematical, cosmological, and feng shui (geomantic) teachings.

Upon returning to his homeland, Doseon ventured across the Korean Peninsula, noting the geography while seeking the source of its unique energies. At the end of his travels, he built a small hut in which to meditate on Jiri Mountain where, according to legend, a sanshin, or mountain spirit, appeared to him, offering the secrets of pungsu-jiri as another “method by which great Bodhisattvas grant salvation to humankind.”

Whether his theories are the result of spiritual intervention or his own wisdom and efforts, Doseon is honorably remembered for creating a unique system that adapted the Chinese principles of feng shui into the Korean landscape and cultural environment. 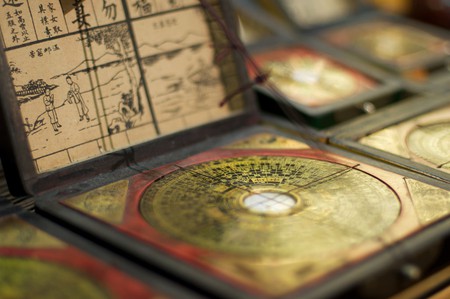 Doseon’s bibo-pungsu-jiri focuses on “harmony with nature.” Compared to the Chinese feng shui system, the Korean system places greater emphasis on the spiritual and material energies of mountains and their effects on communities, rather than on personal fortunes and interior furniture placement.

Doseon taught that building palaces, temples, and stone pagodas on auspicious sites could amplify their positive energies and reduce or neutralize their negative energies, thus bringing prosperity and security to the entire kingdom. 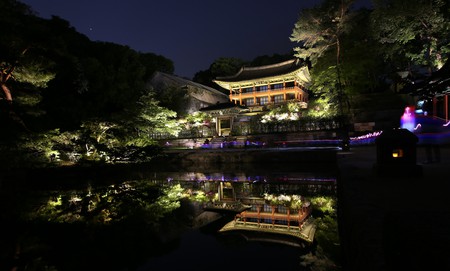 One of the key ideas behind Doseon’s system is the concept of the baekdu-daegan, the earth-energy “spine” of the Korean Peninsula that powers all things, from mountains and agricultural products to water streams and air.

Another central concept is the hyeol, an auspicious site on the slope of a mountain where the energies of Heaven and Earth are believed to converge. Traditionalists feel that these sites promote the physical and mental health of those that visit them. Many of Korea’s greatest temples are said to be situated on these powerful sites.

Since they were first established, Doseon’s teachings have greatly influenced and were expanded upon by Confucian scholars of the Goryeo and Joseon dynasties.

Ancient traditions in a modern world

Today, pungsu is being applied in new ways, whether looking for an appropriate burial spot for a loved one or planning a city, but it remains rooted in tradition. In fact, the ancient Korean expression for “finding an auspicious site” is very similar to the modern Korean term “designation of position.”

According to pungsu, it was said that tombs should be protected by a hill and face south toward water | © KoreaNet / Flickr

The conditions of locating an auspicious site may vary greatly depending on the individual and the land itself. Natural conditions – including topography, geological features, climate, and the presence of water – must be in harmony with social and economic conditions such as transportation, markets, labor, raw materials, and the availability of electricity.

For example, when planning a city, the location of the industrial, residential, and commercial zones, and the direction each faces, as well as the and the sites of fire stations, hospitals, schools, and parks are all exhaustively cross-checked to ensure they are in accordance with pungsu principles.

Even as Korea continues to develop at lightning speed, the traditional principles of pungsu-jiri are still influential in the Korean mind in general affairs, and will no doubt continue to for some time.