Understanding the Bangs of South Korea 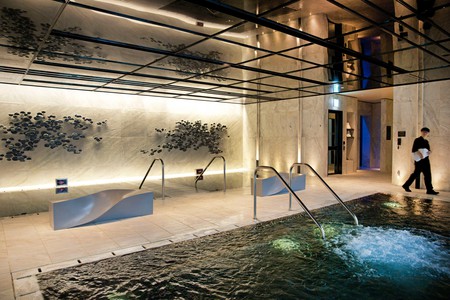 In South Korea, a “bang” is a private room | © Hemis / Alamy Stock Photo

In South Korea, you’ll hear and see the word bang tacked onto the end of all manner of different places. It denotes a private room with a specific entertainment function, ubiquitous nationwide, from glitzy cities to bucolic villages.

Korea’s entertainment scene is extremely diverse and mostly confined to buildings with unassuming facades. Once you become accustomed to the multi-storey chaos of neon, chrome and colour of a South Korean high street, one word starts to grab the attention more than any other. Bang (방), is Korean for room and tends to pique the curiosity of most non-native speakers.

While bang can refer to any old room, use of the word as a suffix generally signifies a room with a specific function, often related to entertainment. For example, the PC bang is a place where you’ll find computers. But this bundle of wonderful bangs isn’t confined to the obvious – all sorts of unusual bangs are available, forming an important part of South Korean social culture in the process. Unlocking what each one is and what each one does is like levelling up to higher understanding and appreciation of life in South Korea.

A brief history of bang culture in South Korea

South Korea’s economic and political transformation in the 1980s and ’90s was so rapid that major advances, which normally take a generation in other developing countries, took place in a matter of years. This phenomenon, known as the Miracle on the Han River, was spearheaded by companies like Samsung and Hyundai. Those companies were also heavily involved in construction, building cookie-cutter high-rise apartment blocks to accommodate the urbanisation all over the country.

South Korea was catapulted from a largely agrarian society to a developed nation at the forefront of global tech and modern industry in decades. Towns and cities grew with an emphasis on verticality; the result was overcrowding. Even today, it is still customary for children to live with their parents well into their 20s, and often older relatives will also share the home. Therefore, something had to be done about the lack of privacy. Bang culture was an obvious solution, offering homes away from home, where Korans can drink a beer, demolish a plate of potato chips and engage in entertainment without grandma or the folks badgering them.

Around the same time bang culture started to take root, computer games like StarCraft and League of Legends, which require fast computers and reliable internet connections, were hitting the market. As a result, PC bangs began opening up to accommodate groups of friends who wanted to hang out and benefit from fast internet and large computer screens, playing games for hours without judgement or the threat of household chores. The privacy element was crucial, and soon all sorts of pastimes were being catered to in a non-judgemental, homey environment.

Of course, other bangs have been around much longer than this. Saunas and karaoke rooms make bathing and singing more socially responsible and for a nation that values respect, having a special outlet for those activities was a perfect solution. As new technologies are developed, the range of bangs diversifies and continues to proliferate, forming the backbone of most Korean high streets. Moreover, many of these bangs are open 24 hours a day. Here are the main bangs you’ll come across wherever you go in South Korea, any of which are well worth a try.

It’s one of the first Korean words that many visitors learn to recognise, thanks to its three-syllable neon ubiquity. Korean karaoke rooms have been around for much longer than many of the other bangs on this list thanks largely to the rather unneighbourly nature of singing at the top of your voice, often slightly off-tone, to the latest hits. Unsurprisingly, most Koreans pair their noraebang trips with alcohol, often served by the noraebang’s proprietors. Private booths are the norm and you’ll pay to rent the space and the equipment by the hour. The range of songs is usually huge, with sections for Chinese, Japanese and Korean songs, along with English. It’s not unusual to get comped some minutes for free, particularly if you’re buying extras, like alcohol and snacks.

For the gamesome individual, there’s the PC bang, whose main function is to serve as the aspirant pro-gamers’ training facility. Most high streets will have at least one PC bang, given their enduring popularity. The PC bang is unofficially the number one place for truant kids to wind up when they should be at school or studying. But even if you’re not of the staying-up-for-two-days-to-play-League-of-Legends mentality, these rooms also serve their purpose as an internet café. Expect a startlingly fast web connection, modern computers and large screens that seem far too sophisticated for the act of sending an email home to Mum.

For the energetic, finding somewhere to play sports in a megalopolis like Seoul can be difficult, owing to space being at a premium. If, like most of the Korean population, you’re an inner-city dweller, a golf course is especially hard to come by. Neighbours don’t take kindly to golf balls whizzing past their balconies. At least, that was the case, until the screen golf bang craze took off. Now you can step out onto the fairway without even donning the proper attire and play for a fraction of the cost. Take a real golf club, tee up and whack the ball at a screen, which takes up an entire wall, and let the impressive tech work out the rest. As with all bangs, the rooms are private. You can usually order drinks and make a day of it. Some people even bring their own golf gloves and clubs. But unless you have a dedicated travel caddy, the house clubs should do the job.

Not unlike the PC bang, the PS bang is a favoured haunt of the youthful, looking to shirk their domestic or educational responsibilities with their friends. Upon stepping into the place, a shrill shriek often assaults the ears. Somebody has just conceded a goal in Pro Evolution Soccer, or been stabbed with a spear. It is difficult to differentiate such guttural utterances. Huge, flatscreen monitors, multiplayer gaming and the option to slurp down ramyeon (instant noodles) as you play all add to the appeal. The vast majority of people found in the PS bang are hooked on FIFA or Pro Evolution Soccer, but almost any game is available from the front desk, especially the latest releases.

Another main factor in the popularity of Korea’s bangs is the weather. Hot humid summers and bitterly cold winters necessitate a safe indoor space for recreation. The chills of a Korean winter call for a trip to the jjimjilbang in particular. People come to unwind in the saunas, hot tubs and steam rooms, of which the largest jjimjilbangs have many. While the saunas and pools are usually segregated by gender, larger jjimjilbangs have unisex floors incorporating other activities such as noraebang and even PC bangs. There are records of saunas being used in Korea dating back centuries, so the jjimjilbang may well be Korea’s original bang. Thanks to their 24-hour opening, jjimjilbangs even have sleeping rooms, which use ondol (underfloor heating) to help banish the cold entirely.

Korean language has much in common with Chinese and often Japanese. In this case, manhwa is derived from the same Chinese source as the better-known Japanese version: manga. The word loosely means spontaneous sketches and so can cover all forms of cartoons and comic strips, although the iconic Japanese manga style tends to dominate. Operating much like a café, the average manhwabang stocks thousands of different comics and books, which you can take to a cosy little nook or pod (depending on the style of the place) and read in peace. Some of these spots also have sleeping space and charge per block of time. You can also buy coffee to keep you going if the story is just begging you to finish it.

One of the first modern bangs to emerge in the late ’80s was the video bang, which provided a place for people to watch movies on a large screen with more choice than the cinema’s limited releases. They also fast became a popular place for couples, thanks to their privacy. Over time, they morphed into DVD bangs. Although one would expect DVDs decline to have rendered them obsolete, especially in a high-tech, ahead-of-the trend nation like South Korea, social norms and the need for privacy keep them relevant. Some are definitely seedier than others, but generally they are popular as alternatives to the home cinema, complete with a vast choice of films in many languages.

You might be noticing a very real trend towards the entertainment side of things when it comes to Korea’s bangs, but while many of them offer cutting-edge tech experiences, the game room takes a delightful step back to the analogue. Embracing the social role that bang culture encourages, the gamebang is a place for friends to gather and pick up a board game or pack of cards. As one might expect, alcohol is usually served along with popular Korean street food dishes like tteokbokki (spicy rice cakes) or ramyeon. You can play timeless games like Monopoly and Jenga at the gamebang, but you can also find other classics like Settlers of Catan or discover a new, obscure board game instead.

In the ultimate triumph of Konglish (Korean-style English), multibangs are yet another anglophone mashup that seems self-explanatory. Sort of. Multibangs tend to stick more to the computer games and singing end of the bang spectrum, but can combine any two or more of the above listed bangs. It seems quite a logical progression of bang culture to offer multi-purpose entertainment spaces, particularly when snacks and refreshments are also available. It’s not uncommon for groups of friends to spend a whole afternoon or evening at a bang, so the multibang only encourages the spending of more hours in the pursuit of entertainment with friends.

Honourable Mentions: When you learn to recognise the Korean suffix for bang (방), you’ll start to notice it everywhere, especially when referring to some of the more traditional businesses and services in the country. For example, the dabang 다방 is a traditional coffee house which tends to serve inferior quality coffee, but which enjoys far more atmosphere than the rather sterile, western-influenced coffee chains and hipster joints. You are much more likely to find these in provincial towns and cities further south in the country.

Another fast-disappearing, traditional bang is the pilbang 필방, a store selling traditional Korean calligraphy implements like paintbrushes and hanji (hand made paper) made from the wood and bark of mulberry trees.