Traditions Only Koreans Can Understand 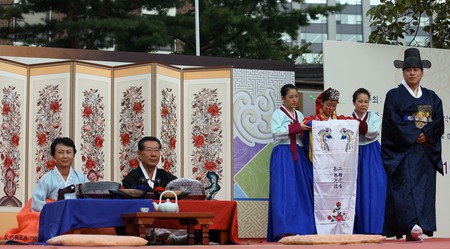 From birthday rituals that predict one’s destiny, to throwing chestnuts at a bride on her wedding day, we round up the most unusual Korean customs and traditions and find out what they all mean.

Even though most Koreans opt to have a modern, Western style wedding nowadays, many still incorporate traditional customs into the event. One of these is pyebaek, a family only gathering that immediately follows the wedding reception. Here, the bride and groom don traditional Korean garb and perform a deep bow to their parents in unison.

Afterwards, family members throw chestnuts at the bride, who must attempt to catch them in her hanbok. The number she catches is said to correlate with the number of children she and her husband will have. The groom will then carry the bride on his back around the pyebaek table to show his ability to support her. This custom is rooted in an ancient tradition in which the groom would carry his new wife into his home. Occasionally, even the mother in law and grandmothers get piggyback rides, as well!

A baby’s first birthday, or dol, is an extravagant affair in Korea, where in the past disease and starvation took so many lives that surviving one’s first year was a major milestone.

The highlight of these events is a fortune telling ritual called the doljabi in which the child is placed in front of various objects such as books, paintbrushes and piggy banks. The child is then encouraged to pick up an object from the table. This object, it is believed, will foretell the child’s future.

If the baby selects a book he will be smart, while money depicts wealth. A microphone might indicate a successful career in the performing arts, while a stethoscope predicts her future as a doctor. The types of items set out for the baby to choose from has changed over time in response to society’s evolving perception of success. Chose well, baby. Your future depends on it! 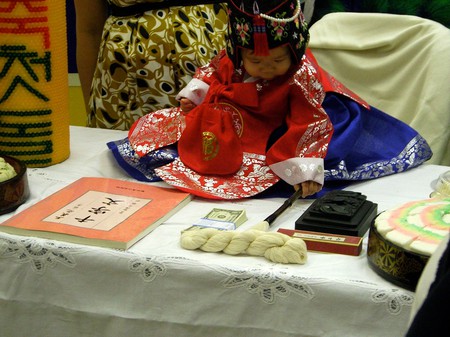 Dol, the Korean celebration of a baby's first birthday | © Lesterhead

Taking the Suneung, the standardized university entrance exam, is one of the most stressful tasks of a Korean’s entire life. It is the examination that dictates the university they gain entrance to, which subsequently influences their job and marriage prospects. It’s so important, in fact, that flights are grounded and traffic is rerouted throughout the duration of the exam to minimize distractions.

Before the test, students will often receive good luck packages from friends and family to boost their morale. Included among these gift sets is yeot, a traditional taffy-like Korean candy. Because it is sticky, superstition says that yeot helps the test material “stick” in their minds. Conversely, soft and smooth seaweed soup is avoided, as it could make the answers “slip” away. 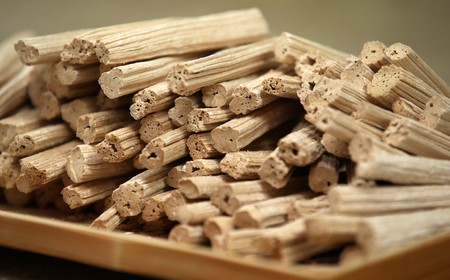 In Korea, Valentine’s Day is not the catch all holiday it is in the rest of the world; only women give chocolate as a sign of affection. But we’re not talking any regular ol’ chocolate. Korean ladies that are truly dedicated to their significant other wouldn’t dream of handing over any treat that wasn’t handmade. As a result, girls across the country are pros at tempering and molding layers of chocolate into adorable, intricate characters and designs with personal messages iced on top.

Men usually return the favor exactly one month later on White Day, when they show their love with gifts of candy or matching lingerie. Singles that did not receive a gift on either Valentine’s Day or White Day gather on Black Day (April 14) when they drown their sorrows in jjajyangmyeon, Chinese-style black bean noodles. After all, nothing says comfort like food. 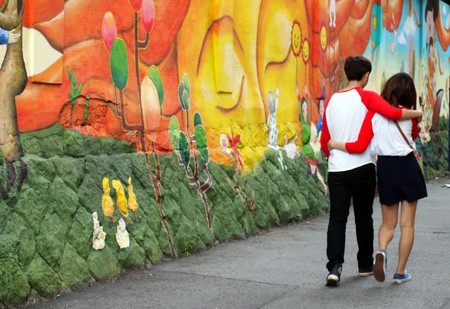 Soup That Makes You a Year Older

Koreans have two birthdays: their Korean birthday, which is celebrated on Seollal, the Lunar New Year, and their actual birthday, which is observed on their day of birth. Because Korean society places a great emphasis on collectivity, the former is the more important of the two. Thus, the Korean birthday, eumnyeok saeng-il, is celebrated collectively on Seollal, as all members of the family turn a year older at the same time.

Koreans start the morning of Seollal with a bowl of tteokguk, a tasty soup of disc shaped rice cakes in a clear broth. Traditionally, the white rice cakes symbolized purity and the custom itself was believed to bring good fortune for the upcoming year. The tradition was so common, in fact, that one would often use the phrase, “How many bowls of tteokguk have you eaten?” to ask a person’s age. Even today, it is said that one doesn’t get a year older until he or she has had a bowl of tteokguk. 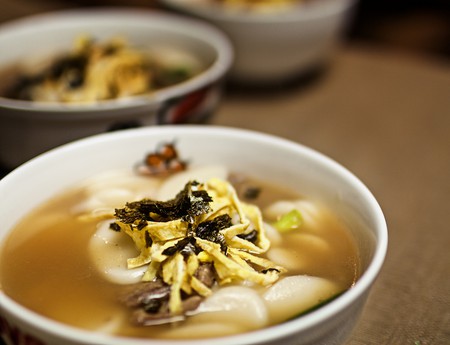