Top 10 Unusual Things to Do in Seoul 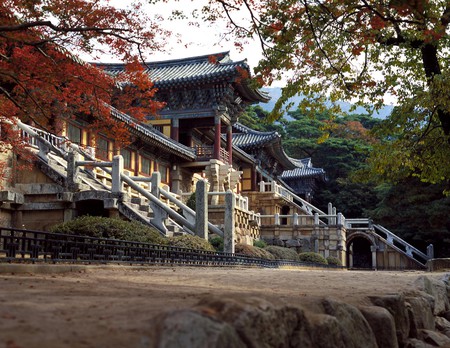 The capital of South Korea is one of the most vibrant and modern cities in Asia. It’s therefore no wonder that Seoul is filled with bizarre attractions and places. From karaoke rooms and bathhouses to alcohol-tasting and templestay programs, visitors looking for unusual things to do in Seoul will not be disappointed.

Koreans are extremely proud of their unique cuisine, and rightly so. When you’re visiting Seoul for the first time, you might be overwhelmed with the rich selection of food. A great way to get an overview of popular dishes is to join a food tour. Local tour guides, like Seoul Eats, will direct you to the best homemade delicacies, served in restaurants that have been in business for generations. You’ll be able to try anything from Korean BBQ and Kimbap rolls to Bingsu ice-cream. 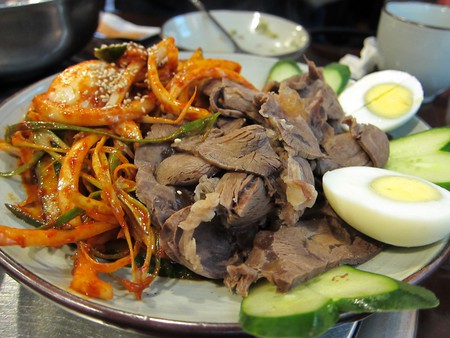 Seoul is famous for its large number of themed cafés. One of the most popular venues is a raccoon café called Blind Alley. This place is home to two mischievous raccoons who love to interact with guests. They have their own area away from the café all to themselves, but visitors are welcome to play with them or feed them snacks. On top of that, the café also serves delicious drinks and does not charge an entrance fee unlike other themed cafes. 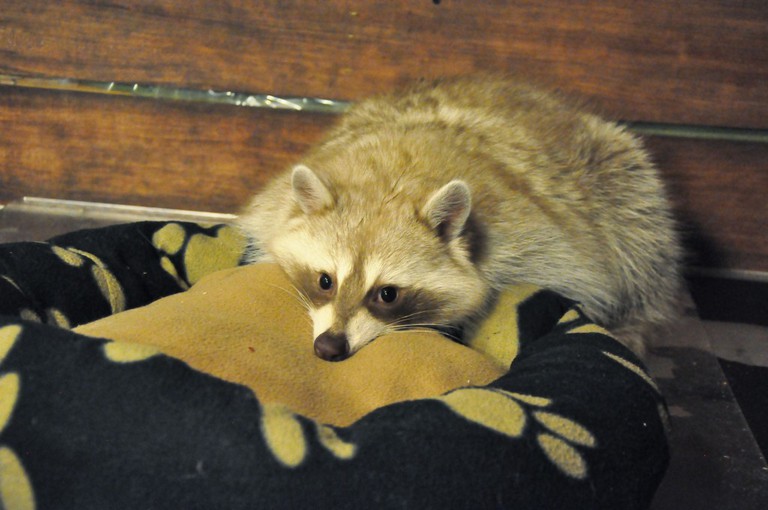 In spring or fall the city hosts one of the largest fashion weeks in the world. Big names in the international fashion industry have been reserving their seats to shows in advance since the founding of Seoul Fashion Week in 2011. Among them are buyers from Selfridges, Saks Fifth Avenue, Harvey Nichols Hong Kong and Parisian concept store L’Eclaireur, as well as editors from American, French and Italian GQ, Dazed, Vogue, and Another Man. Follow the trendiest Korean fashion bloggers and you’ll know exactly which show to visit and when. 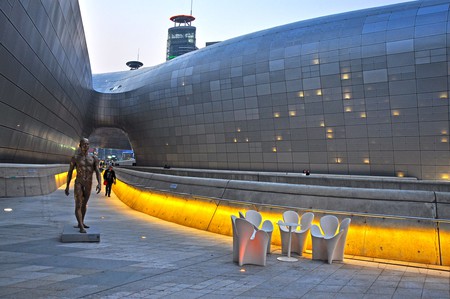 If you want to explore Seoul like a local, you should visit a singing room (Noraebang). Private rooms of different sizes come equipped with high-tech karaoke facilities, and are available for groups of friends, families or even colleagues. Going out to sing songs and drink is a common pastime for many Koreans. Don’t know any K-Pop? No problem. Every Noraebang offers a wide selection of popular English hits. 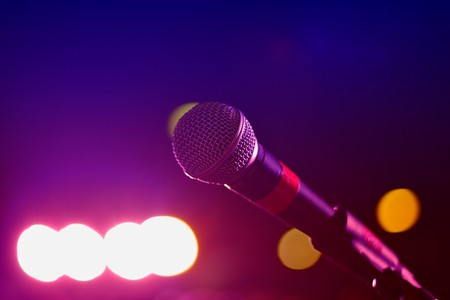 Bathhouses are a prominent part of Korean culture. However, you might be surprised to find out what a casual day at a Korean spa looks like. Jjimjjilbang, or Korean bathhouses, are gender-segregated, with only some common areas. Head to one of the most impressive spas in Korea, such as the Dragon Hill Spa in Seoul. Once done showering in the aroma pools, visitors can enjoy the saunas or relax in the common area. It’s also worth noting that most Korean spas are open 24/7, allowing visitors to spend the night. This makes for the perfect low-budget accommodation, priced at only 10,000 KRW (US $8) for a ticket. 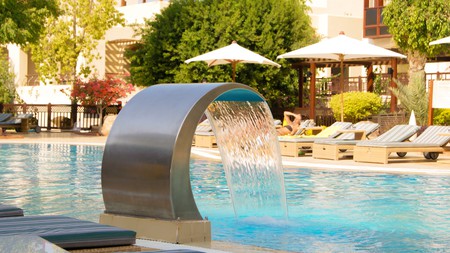 Seoul is filled with everything cute and adorable. No wonder that one of the most popular themed cafés offers visitors the opportunity to play princess. Located in the Ehwa district, Princess Diary is a cute café offering locals and tourists a variety of flamboyant dresses – both traditional Korean garments and ballgowns of all sorts. Dresses cost between 10,000 to 40,000 KRW (US $8 – US $30) for an afternoon. However, the fun doesn’t stop there. The café features various photo corners filled with royal-themed accessories such as tiaras, hairpieces, decorative flower headbands and more. You’ll have batches of cute holiday photos after a visit to Princess Diary in Seoul 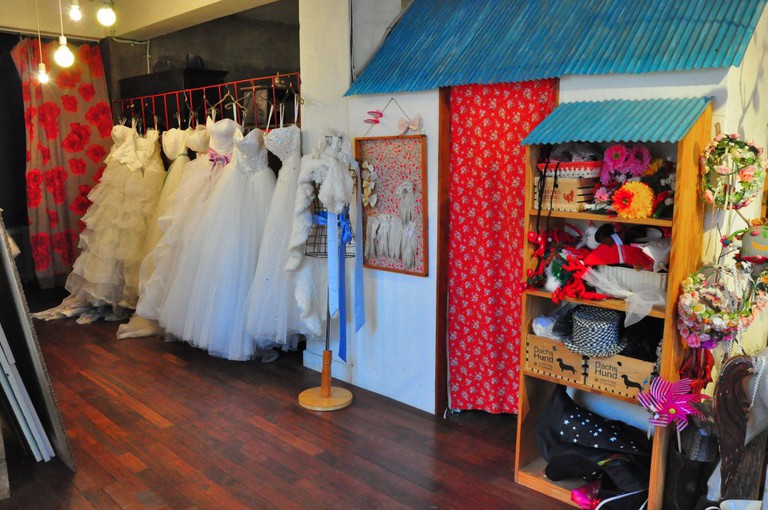 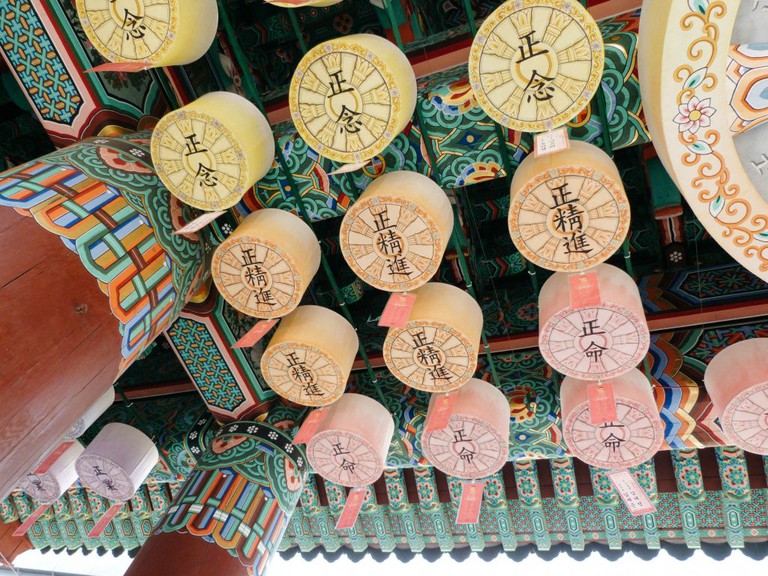 Laura Manglier | © Culture Trip
Book Now
Jogyesa Temple is one of the oldest and most important Buddhist buildings in Seoul. Located in the heart of the city, it is a popular destination for tourists from all over the world. However, most visitors only spend a little while exploring the temple before leaving. Why not stay a little longer and learn the deeper aspects of Korean Buddhism? Join the Jogyesa Templestay program and live like a Buddhist monk for a day or two. The program allows people to experience Baru Gongyang, the Buddhist sacred eating practice, and Dado, the traditional Korean tea ceremony, as well as the 108 religious prostrations.
Open In Google Maps
Jongno 1(il).2(i).3(sam).4(sa) Seoul, 110-170, South Korea
Give us feedback 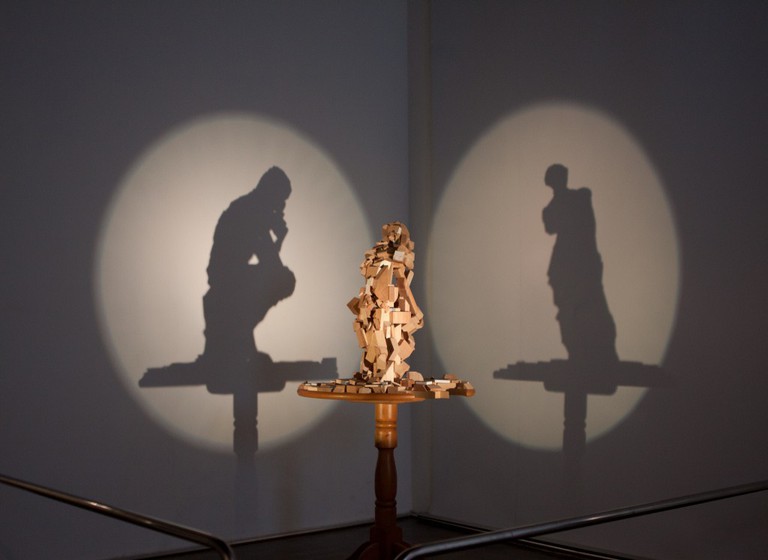 Trick Eye Museum Seoul | © Jirka Matousek / Flickr
Book Now
Seoul is filled with street art, sculptures, and galleries. The Hongdae neighborhood is particularly well-known for its creative scene, and one museum particularly stands out from the rest. The Trick Eye Museum is dedicated to optical illusions, and nothing is ever as it appears. Visitors have the chance to become part of world-famous pieces of art in a three-dimensional scene. Some of the museum’s most popular pieces include their versions of Da Vinci’s Mona Lisa and Edvard Munch’s The Scream.
Open In Google Maps
20 Hongik-ro 3-gil, Seogyo-dong, Mapo-gu Seoul, 121-210, South Korea
+82231446300
Visit Website
Give us feedback

One of the most popular alcoholic drinks in Korea is a type of rice wine called makgeolli. The Korea Tourism Organization even claims that makgeolli sales overseas have increased by 20–25% in recent years. Baesangmyeonjuga, a liquor company well-known for producing a wide selection of Korean drinks, hosts lessons on how to make makgeolli. Classes are held in Korean and take place every Saturday, and the first and third Friday of each month. For only 25,000 KRW (US $20), you get to make your own Korean makgeolli and take 2 bottles home with you. 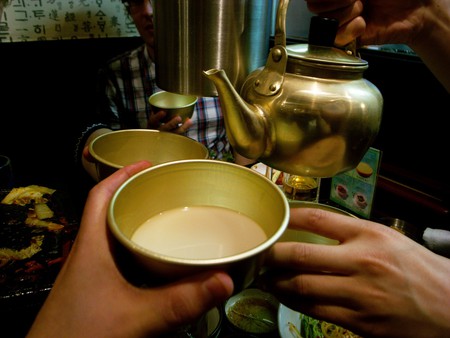 Book Now
You don’t need to travel far from Seoul to visit one of the best national parks in the country. To escape the hustle and bustle of city life, go and take a break at Bukhansan National Park. Koreans wishing to escape to nature seek refuge in this national park for its gorges, granite peaks and lively streams. Bukhansan Mountain stands tall above the city, offering splendid views of Seoul year-round. Follow the Uiryeong Pass and you will come across more than 1,300 species of plants, numerous fortresses and old temples.
Open In Google Maps
262 Bogukmun-ro, Jeongneung 4(sa)-dong, Seongbuk-gu Seoul, 136-104, South Korea
+8229090497
Visit Website
Give us feedback
Give us feedback