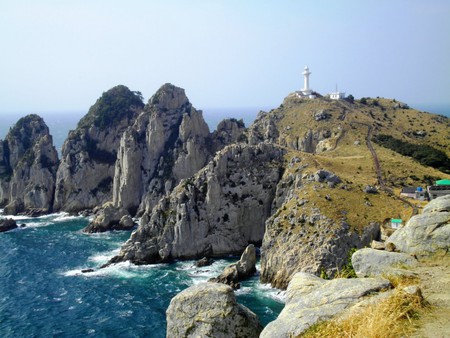 Situated on the southeastern coast of South Korea, Busan is conveniently located near some of the best destinations on the peninsula. Excellent public transport make it easy to explore the surrounding beaches, mountains and islands. Here are some of the best day trip destinations, all located within a two hour journey from the city.

Korea’s Hadong region is well known for its organic tea, which was first cultivated some 1300 years ago. Farming is still done in the most natural way possible, and crops are grown only in season, without artificial fertilizers. This is what makes the tea in this region some of the best in the country. The verdant greens of Agyang’s tea fields make it incredibly picturesque and because of this, it has been the setting in a number of great works of Korean literature, including Park Kyungni’s novel Toji.

The sleepy town of Boseong is famed for its green tea plantations, which are aesthetically shaped around the region’s hilly terrain. The most famous of these is the Daehan Dawon Plantation, where visitors can spend an afternoon basking in Boseong’s verdant and tranquil environment. Learn a bit about the process of making green tea (and try making your own) at the Tea Museum of Korea, and sample a few green tea specialties such as green tea noodle soup and green tea ice cream at one of the many restaurants.
Boseong-gun, Jeollanam-do, South Korea 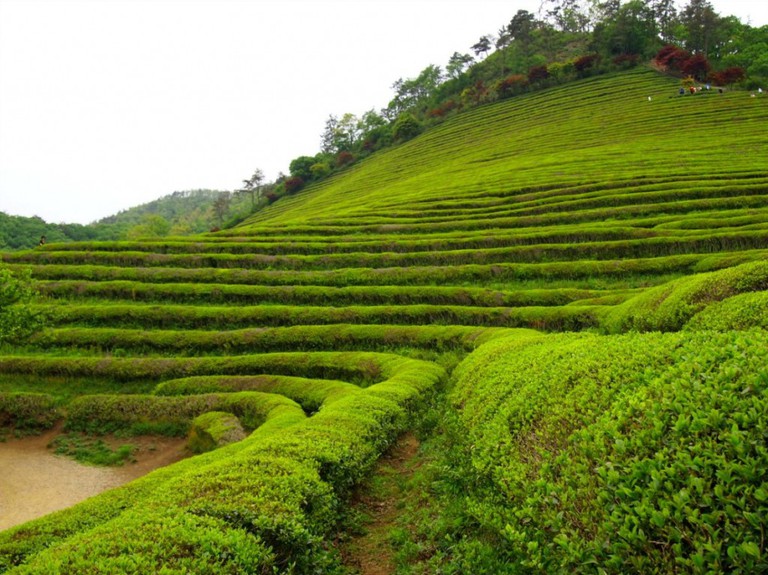 South Korea’s fourth largest city makes for an enjoyable day trip from Busan. It boasts a captivating oriental medicine market, a booming textile industry and a buzzing downtown that’s incredibly fun (and super convenient) to wander around. Be sure to visit Donghwa and Haein Temples, as well as Seomun Night Market to sample Daegu’s regional specialties.

Dubbed the “Blue City,” Geoje is not so much a city as it is an island (Korea’s second largest after Jeju) of villages and settlements scattered in coves around the coastline. One of the best ways to see the sights is by renting a motorcycle and hopping from beach to beach. Daegum Mountain also offers breathtaking island views, especially in spring, when the azaleas are in full bloom. No visit to Geoje would be complete without a visit to nearby Oedo Island, a botanical garden so beautiful that it has been nicknamed “the paradise of Korea.”

Located just 50 miles north of Busan, the city of Gyeongju, also referred to as “the museum without walls”, is home to more tombs, temples, pagodas, Buddhist iconography and palace ruins than any other destination in South Korea. The city center boasts a unique urban landscape punctuated with tumuli (large, round grassy tombs) and traditional architecture. Visit Tumuli Park, Anapji Pond and Gyeongju National Museum to explore the city’s rich history, and Bulkguk Temple for an interesting look into Korean Buddhism.

Suncheon Bay and its surrounding area is a natural ecosystem that has remained almost completely untouched. It has been globally recognized for its ecological value, and has become the ecological capital of Korea. To get the most out of your visit, take the Suncheon City Tour, which includes stops at Suncheon Bay’s wetlands and reed fields, as well as Seonamsa and Songgwangsa, two century year old temples. Other highlights on the journey include Naganeupseong, a village of thatched roof houses that date back to the Joseon Dynasty, and a stop at an open set where a number of popular Korean movies and dramas have been filmed. 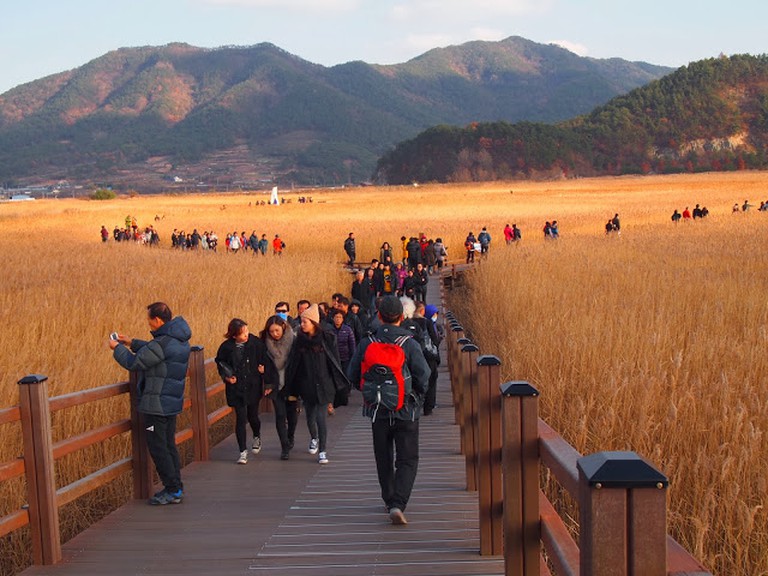 Those seeking a relaxing getaway should head to Tongyeong, a seaside town situated two hours from Busan. Here, evergreen trees and emerald seas are accompanied by clear blue skies, making for some spectacular scenery. Enchanting islands dot its shores, and can be reached by ferry services that depart from the central terminal. If you do decide to go island hopping, put Somaemul Island at the top of your itinerary. Quiet and peaceful, and the island boasts hiking trails with varying difficulty levels, all offering incredibly spectacular views. 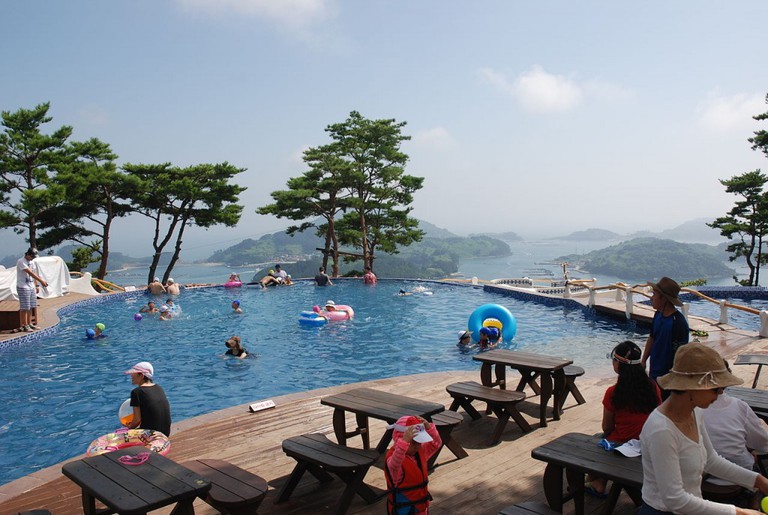 Situated in the Genkai Sea, and spanning some 700 square kilometers, Tsushima is the largest island in Nagasaki. Picturesque forests cover almost 90 percent of the island, making it a wonderful getaway for nature lovers. Trek to the summit of Mt. Shira-take, which has been honored as a sacred mountain for thousands of years, or consider renting a kayak and exploring the deserted Myoban-jima Island. Don’t miss the opportunity to try your hand at fishing in one of the many natural harbors that dot the island’s shoreline. The best part? Tsushima is just a short, hour long ferry ride from Busan.

Ulsan is commonly recognized as the industrial capital of Korea, which unfortunately keeps it off tourists’ bucket lists. However, there are still some nice sights to see here, such as its picturesque black pebble beach and 15 meter (49 ft) high Pareso waterfall. Another must see is the Bangudae Petroglyphs, ancient etchings engraved on rocks on the Taehwa River. The engravings including around 200 figures of animals, hunting scenes, boats and fishermen, and offer interesting insight into the hunting rituals and religious arts of Korea’s prehistoric era.

Yeosu, a maritime city famous for its unspoiled landscapes and coastline that stretches out as far as the eye can see, has become an increasingly popular destination since it hosted the 2012 World Expo. Besides its breathtaking seascape, Yeosu boasts an archipelago of over 300 charming islands. Opt to take the Yeosu City Tour, which includes visits to the quaint Odongdo Island and Hyangiram Hermitage, a small temple that looks out over the ocean from a coastal cliff.