These Women Have Landed the Triple Axel at the Winter Olympics 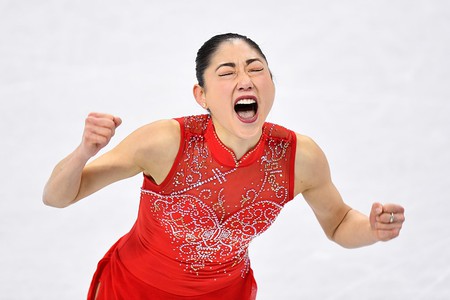 American Mirai Nagasu is the third woman in history to land the triple axel at the Olympics. | © Aflo/REX/Shutterstock

Mirai Nagasu made history Feb. 11 at the 2018 Winter Olympics in Pyeongchang, South Korea, after landing a triple axel, one of the most challenging jumps in figure skating. Nagasu became the first American woman to accomplish the feat at the Winter Games.

Despite making the jump look effortless and easy, landing the triple axel is a seldom occurrence, especially on the world’s grandest stage: the Olympics. Only three women have nailed the jump of three-and-a-half rotations at the Winter Games: Midori Ito, Mao Asada, and Mirai Nagasu.

Ito, of Japan, has landed 18 triple axels in competitions, but most famously doing it at the 1992 Winter Olympics in Albertville, France. Ito, who was inducted into the World Figure Skating Hall of Fame in 2003, became the first woman to land seven triples in a free skate during her performance at the 1988 Winter Olympics in Calgary.

Asada, also of Japan, landed in the history books with her silver-medal performance at the 2010 Winter Olympics in Vancouver, becoming the first woman to land not one, but three triple axel jumps in one competition. The feat even earned Asada a spot in the Guinness Book of World Records.

The California-born Nagasu made her triumphant return to the Games after not being selected for Team USA’s 2014 squad. Nagasu earned a fourth-place finish at the 2010 Games.

“This is definitely history, or herstory, whatever way you want to put it,” Nagasu told Team USA’s website after landing the jump.

With the feat, Nagasu also became the third American woman to accomplish such a move, though the prior occurrences weren’t at the Olympics. Tonya Harding famously landed the jump at the 1991 U.S. Figure Skating Championships, becoming the first American woman to do so.

Kimmie Meissner landed the triple axel at the same event in 2005. If that feat was any indication of things to come, it was no surprise that during the 2006-07 season Meissner would become the first American and first woman to simultaneously hold the World, Four Continents, and national titles.