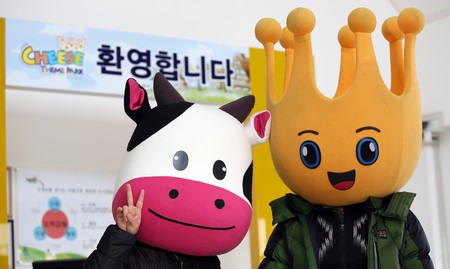 Ever wanted to go to a theme park devoted entirely to cheese, sex, or toilets? You can in South Korea, home to some of the wackiest theme parks on the planet. Here are some of the most out-there destinations for your day-tripping delight. 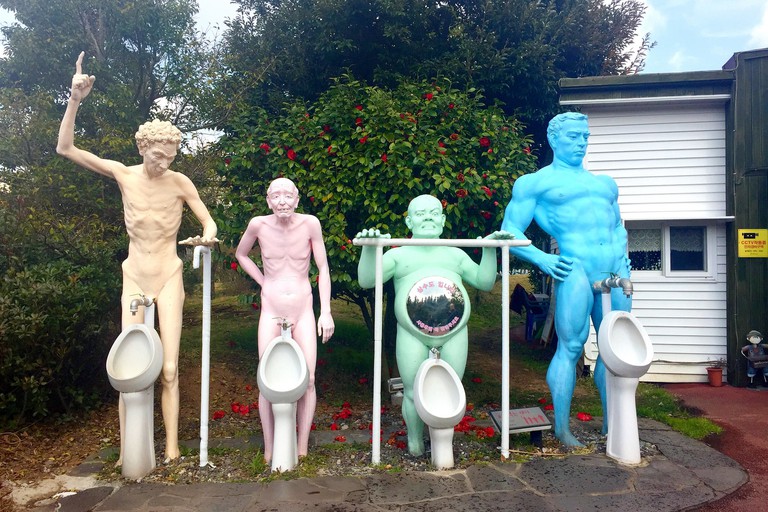 Not a destination for the prudish, Love Land is an outdoor sculpture park themed around erotica and sexuality. It’s located on Jeju Island, South Korea’s honeymoon hotspot, and is a popular destination for couples. The sculptures were created by 20 artists, many of whom are graduates of Seoul’s prestigious Hongik University, and range from tongue-in-cheek to full-blown raunchy – so raunchy that the park has an 18+ entry policy. It’s a fun way to spend an afternoon, with lots of photo ops (some of which are more suitable for sharing with your grandma than others), chances to get up close and personal with the art, a glass-domed restaurant, and an art shop. The park is open until midnight.

The Haewoojae Museum (also known as the Mr. Toilet House) was opened in Suwon in 2007. It was built by former mayor of Suwon Sim Jae-duck, known as Mr. Toilet, so named because he was reportedly born in the toilet of his grandparents’ house and carried an affinity for toilets throughout his life. During his time in office, he focused on improving Korea’s plumbing and public bathrooms, and had his home of 30 years demolished to mark the birth of the World Toilet Organisation in 2001. In its place, he built a house in the shape of a toilet, designed by the architect Go Gi Wong. The building was donated to the city following Mr Toilet’s death in 2009, and today houses a public park and museum dedicated to this most necessary item of bathroom furniture. Visitors can learn about toilets throughout history, from Ancient Rome to Korea’s first historical flushing toilets, discover fun facts about fecal matter and admire the building, which was named as the world’s largest toilet sculpture by the Korea Record Institute in 2007. The ‘world’s first toilet theme park’ also holds regular special exhibitions, educational events and competitions, including the intriguingly-named Golden Poop Painting Contest. 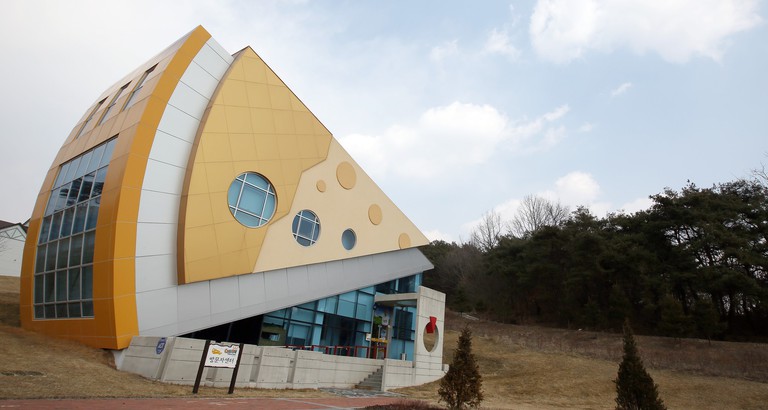 Imsil Cheese Theme Park is exactly like it sounds: an entire theme park devoted to cheese. Expect cheese-themed rides, a cheese experience centre where you can learn the secrets of cheese-making, buildings shaped like giant cheese wedges, and oodles of cheesy food to eat. Imsil was the first place in South Korea to produce cheese, as recently as the mid-1960s, and today is the country’s major producer. Cheese is now an important part of South Korean cuisine, and much-loved all over the country. The Cheese Theme Park celebrates the region’s cheese-making history and provides an informative and entertaining day out. There’s also a shop where you can stock up on Imsil cheese and related goodies. 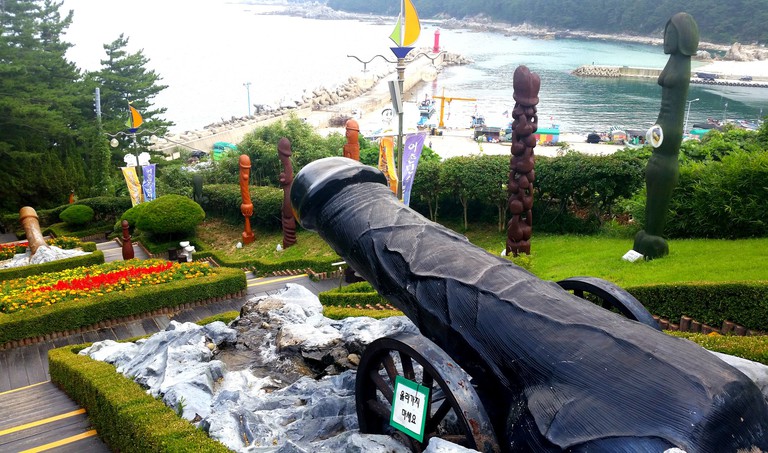 You’ve tried Love Land and now you want something a little more specific? For a celebration of all things pertaining to the male member, head to Samcheok, where you can find Haesindang Park, colloquially known as Penis Park. This outdoor space was constructed (apparently) to break an old folk curse, and now allows visitors to explore South Korea’s folk phallicism in all its glory. The collection of phallic art ranges from hanging displays to three-meter-tall trunks of sculpted wood, and a range of penis-centric works from various different eras. There’s also a small museum exploring the history of the local fishing community. 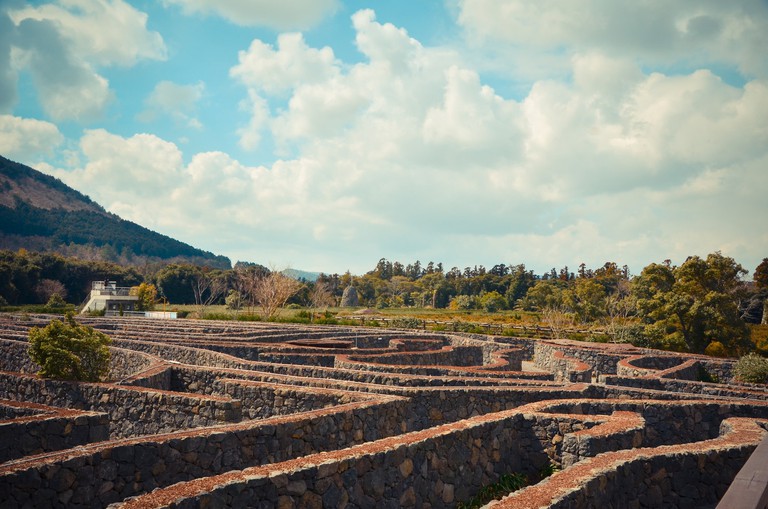 Maze Land, on Jeju Island, is home to the world’s largest stone maze at an impressive 5.3 kilometres long. Additional mazes are made of trees, wood, and stone, and there’s also a maze museum where visitors can find out about the long history of mazes across the world, and explore maze-themed games and activities. Maze Land is set in pleasant woodland, allowing visitors to get lost in Jeju’s natural beauty as well as its mazes.