The Top Things To Do And See In Gangnam, Seoul 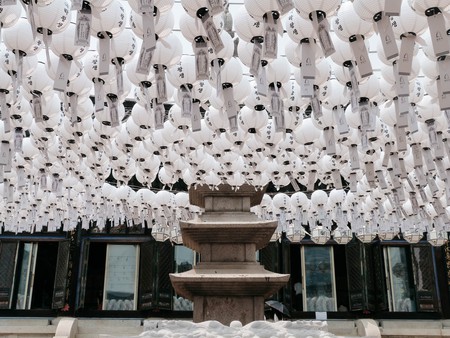 Gangnam literally means ‘south of the river,’ and this district in South Korea’s capital that lies along the banks of the Han, one of the country’s largest bodies of water. There’s plenty to do and see in this historically rich, fast-developing neighborhood. We explore some of the best. 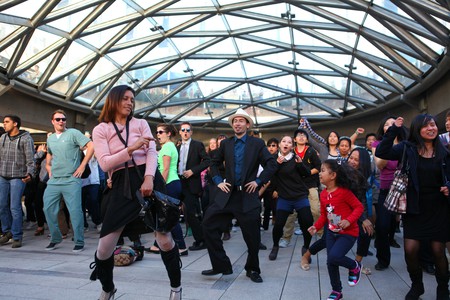 Right outside of Gangnam Station Exit 5 is a tribute to ‘Gangnam Style’ by PSY, once the most popular song in the world. ‘Gangnam Style’ received more than three billion views on YouTube, and that number is still rising. Here, tourists and locals can get on stage and record themselves dancing to ‘Gangnam Style’ while the music plays on loop in the background. A must-visit if you’re hitting this section of the capital.

Seoul’s nightlife is no joke, and in Gangnam you can find yourself partying until the sun comes up. The clubs are pretty spaced out, so club hopping isn’t as easy as in the Hongdae area. Taxi fares are relatively low though in Korea, however, so it’s definitely possible to visit two or three in one evening. Most of the clubs in this area play EDM or hip-hop music and have separate rooms for different genres. 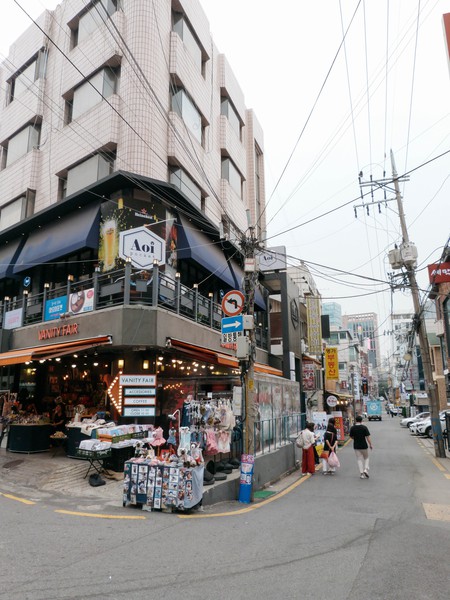 Gangnam is known as one of the richest districts in South Korea and is home many department stores, underground shopping centers, and malls. This is where you would find Louis Vuitton, Chanel, Versace and other designer stores. Apgujeong and Cheongdam are the top shopping neighborhoods and there was even a television show, called Cheongdam Alice, about a poor girl wanting to get in with the wealthy elites of the area, spending time shopping and doing little else. 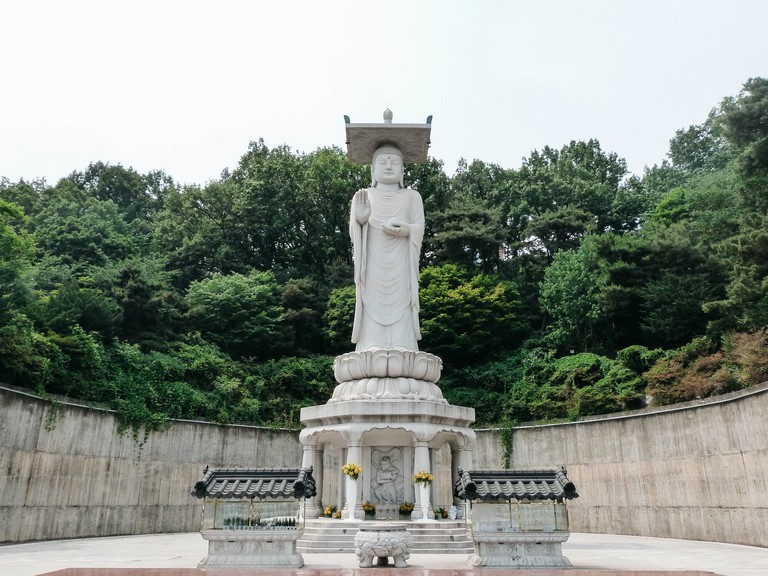 Bongeunsa | Laura Maniglier / © Culture Trip
Bongeunsa is a Buddhist Temple in the center of Gangnam. This is a display of Korea’s traditional past set right in the middle of a busy metropolitan area. You move from the hustle of the city to the serenity of the Buddhist mantras and peaceful landscape in just moments. There is even a temple stay that allows you to bed down at the Buddhist temple overnight to learn about the Buddha’s teachings.
Open In Google Maps
531 Bongeunsa, Bongeunsa-ro, Gangnam-gu Seoul, South Korea
+82232184895
Visit Website
Give us feedback

Museum
Facebook
Email
Twitter
Pinterest
Copy link
Share
Map View
In case you didn’t know, Samsung is a Korean company (you can probably tell by the lack of iPhones owned in Korea). Samsung D’light is an exhibition space that showcases the latest technology founded by Samsung. It’s an excellent choice for electronic aficionados, as visitors are able to interact with some of the technology on display.
Open In Google Maps
11 Seocho-daero 74-gil, Seocho-gu Seoul , South Korea
+82222552277
Give us feedback
Book Now 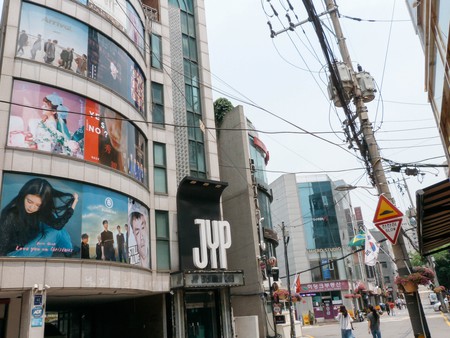 Gangnam is home to some of the largest Korean entertainment companies. Members of the public often go and visit the company headquarters and studios in the hopes of seeing a famous Korean idol walking or driving to and from the building. There are often large groups of fans and TV stations clustered around the entrances, which is something of a sight in itself. 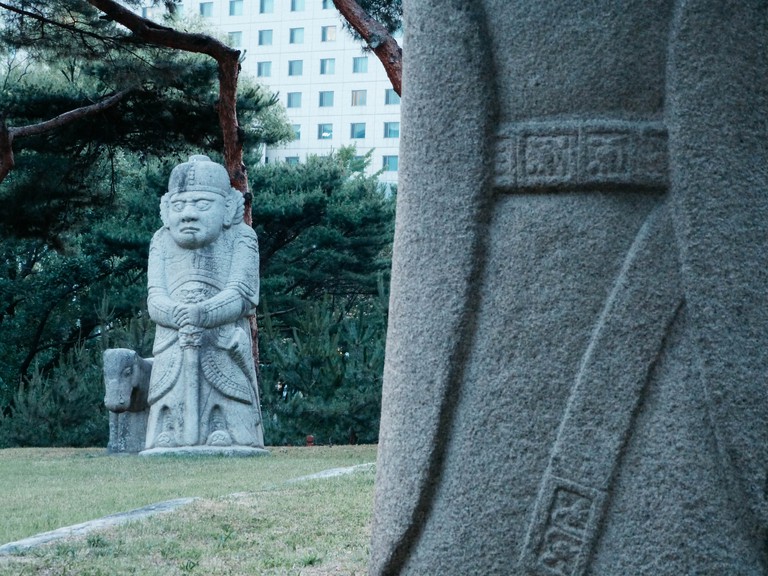 Samneung Park | Laura Maniglier / © Culture Trip
Samneung Park is full of history. It holds several tomb mounds, including the burial ground of King Jungjong. There are three tombs at this location: King Seongjong, the ninth king of the Joseon dynasty, his wife Queen Jeonghyeon, and King Jungjong, the 11th king of the Joseon dynasty. The surrounding forest brings a welcome change from the dense metropolitan area it is located in, making this a popular place just to take a stroll and relax. The tombs of the two kings are designated UNESCO World Heritage sites, as are all those of the Joseon dynasty.
Open In Google Maps
1 Samneung Park, Seolleung-ro 100-gil, Gangnam-gu Seoul, South Korea
+8225681291
Visit Website
Give us feedback 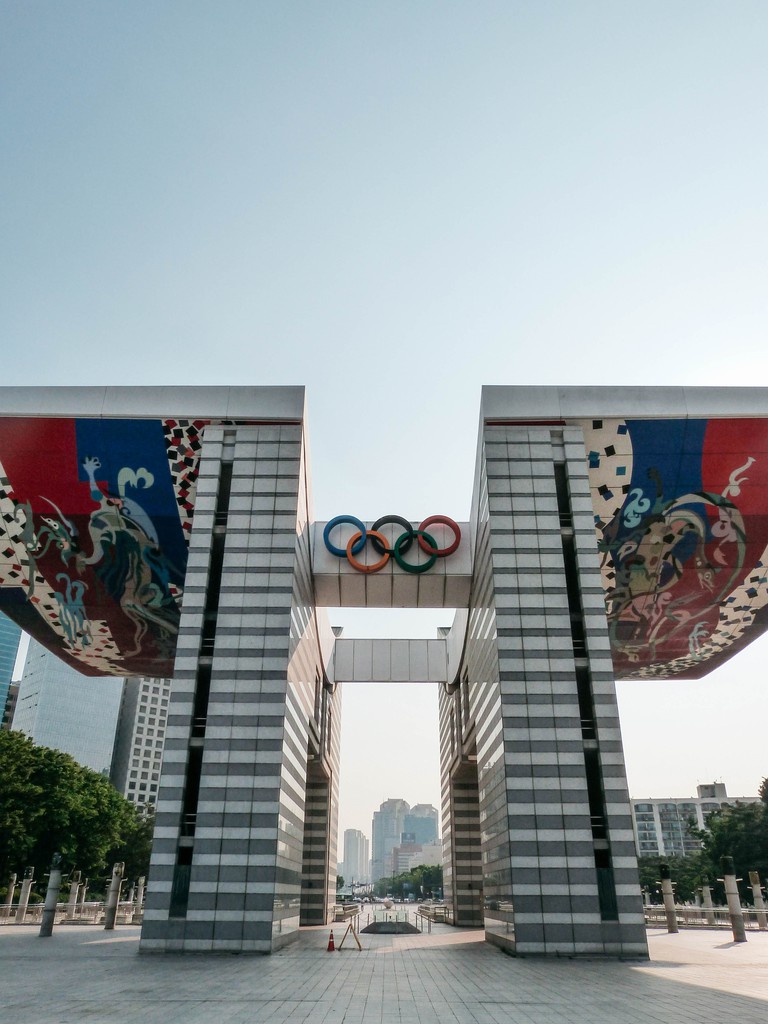 Seoul Olympic Park | Laura Maniglier / © Culture Trip
Book Now
Seoul Olympic Park is absolutely huge. It has seven different cafés, three restaurants, convenience stores, a K-pop museum, multiple fitness centers, basketball courts and skating arenas. The landscape is beautiful and serves as a great place to get away from all the cars and polluted air of the most crowded part of the city. There are bikes, kites, balls and skates, all of which visitors can rent at a low price, meaning any day here is packed with activities.
Open In Google Maps
424 Olympic Park, Olympic-ro, Songpa-gu Seoul, South Korea
+8224101988
Visit Website
Give us feedback 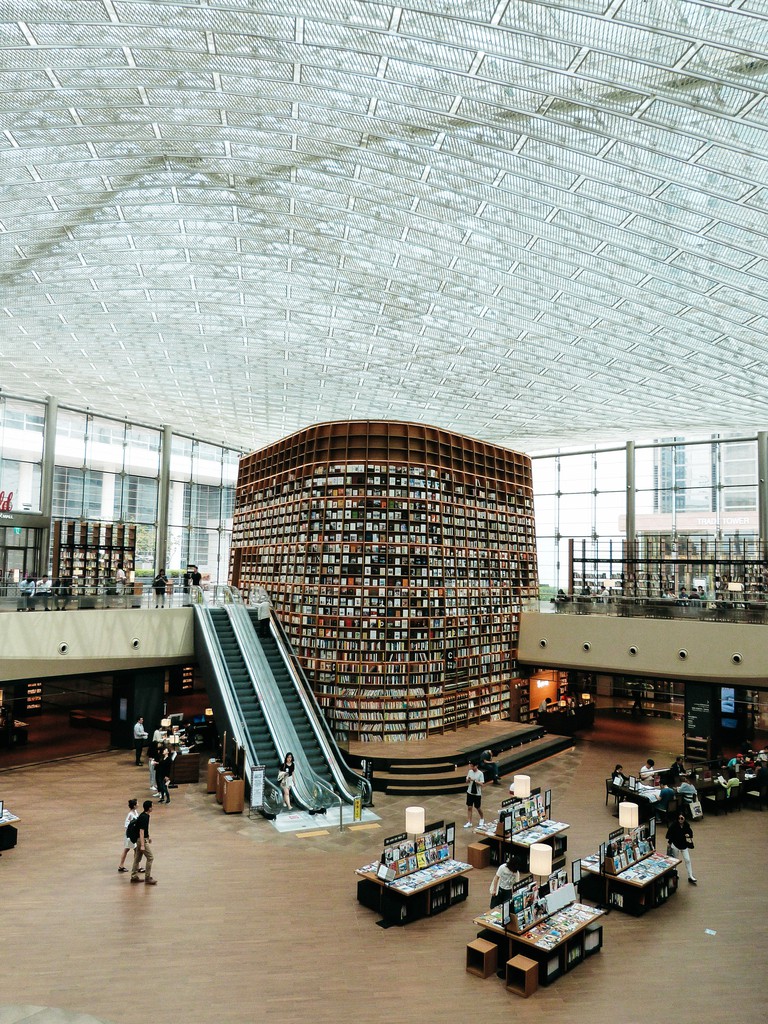 Coex Mall | Laura Maniglier / © Culture Trip
Book Now
The COEX shopping mall is located underneath the Korea World Trade Center and is one of the largest underground shopping centers in South Korea. It contains international brand name stores, a concert hall, and an extensive food court and restaurants. It even has a full aquarium, movie theater, arcade and a kimchi museum. The aquarium takes people on an aquatic journey from the Andean mountains to the Amazon rainforest and beyond.
Open In Google Maps
513 Yeongdong-daero, Samseong 1(il)-dong, Gangnam-gu Seoul, South Korea
Visit Website
Give us feedback
Give us feedback