The Top 15 Things to See and Do in Busan 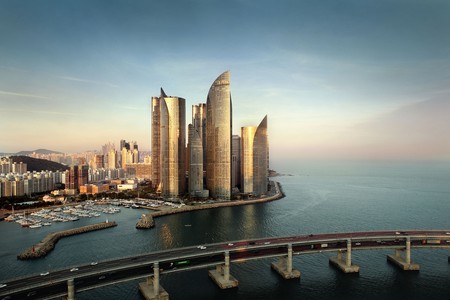 From beaches and bookstores to traditional markets and mural villages, Busan is chock-full of fun and interesting things to do. Here’s our list of the city’s best attractions and activities.

Chow down on the daily catch

Experience fish like never before at Busan’s famed Jalgachi Fish Market. The experienced vendors who have worked here for decades have mastered the art of fish preparation, and whether dried and hanging, skinned or live, it’s easy to see their effort and dedication in the fish on display. Browse the market to see what looks good, make your purchase, and have it prepared and cooked for you at one of the restaurants upstairs. 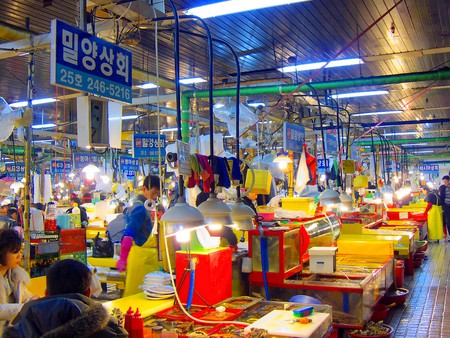 Canopied by vivid yellow and green fabric, the seemingly endless, four-foot-wide stretch of road that makes up Bosu-dong Book Alley is one of Busan’s most enchanting attractions. Here, countless used-book shops open their doors to bookworms and literary enthusiasts, each boasting its own unique character and history.

Be starstruck at BIFF

Sometimes referred to as the Cannes of Asia, the annual Busan International Film Festival (BIFF) is one of the most significant film festivals on the continent. Attracting the film industry’s leading talent from all over the world, it is truly a star-studded event. Although the action happens in October, BIFF Square, the area where the event takes place is a popular tourist attraction year round. 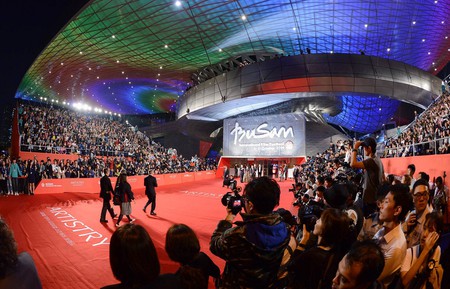 The Busan City Bus Tour is conveniently located just outside Busan Station and offers an accessible and affordable way to get an overview of the city highlights in addition to door-to-door transportation to some of the city’s best attractions. There are three routes to choose from during the day, as well as a night tour, so you can see just about the entire city. A ticket gets you on board a double-decker bus as well as a discount on admission to selected museums, memorials, and other attractions.

During the warmer months, Haeundae Beach strikes a nice balance of people-watching and seaside relaxation. Young couples stroll the shoreline, families partake in picnics, and groups of English teachers throw back beers in between volleyball games. Chic hotels that double as nightlife venues line the main boardwalk, while numerous cultural events never fail to bring in droves of tourists. Not to be missed is the Haeundae Sand Festival, a display of impressive sand carvings created by sand artists from all corners of the globe. 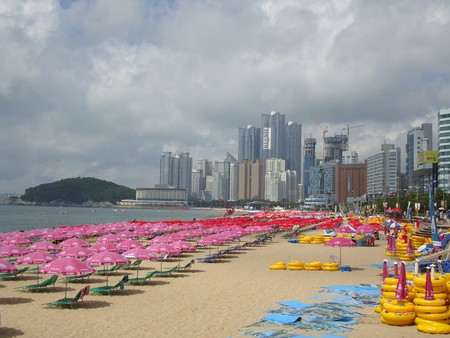 Go on a treasure hunt

Established during the Korean War in 1950 as a place for refugees to set up shop in order to make a living, Gukje Market is today both Busan’s largest traditional market as well as one of its most popular tourist attractions. Boasting an old-fashioned market spirit, the market is a place where visitors can purchase both new and old products at an affordable price. Browse everything from kitchen utensils, eyeglasses, electronics, gim (dried seaweed), and cosmetics. If you need it, Gukje Market’s got it. You just have to look closely for it.

Swim with the sharks

Ever had the urge to swim with Jaws? Well, why not do just that (kind of) at Busan’s Sea Life Aquarium? The venue offers a special program in which you can take a short diving course with certified instructors, change into a wet suit, and hop into a tank with black tip reef sharks, white tip reef sharks, and sand tiger sharks, among other sea creatures. 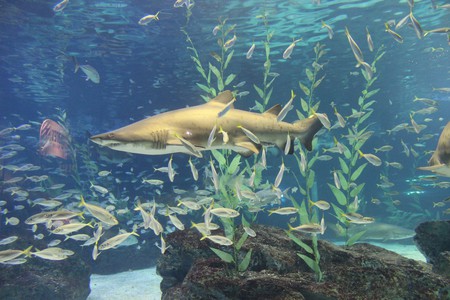 Turned off by the crowds at Haeundae Beach? Prefer the view of the sea to that of tourists? Get off the beaten path and head to Songjeong Beach. Try your hand at fishing at the northeast end of the beach, or watch the sunrise at Songiljeong Pavilion, which offers a magnificent view.

Situated along the coast of the northeastern portion of Busan, Haedong Yonggungsa (Yonggung Temple) dates back to 1376. In contrast to the majority of Korea’s temples, which are nestled in the mountains, this unique complex overlooks the sea. It is known for its stunning coastal views, while its architecture and Buddhist statues make it worth a visit. 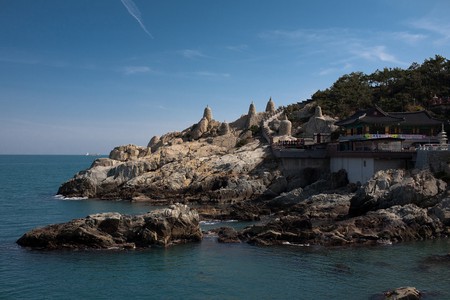 Soak in a natural hot spring

With some 450 spas — the most of any metropolitan city on the peninsula — Busan is a great place to “soak up” the country’s jjimjilbang culture. Newbies to the Korean-style spa should head to Spa Land, the city’s biggest and most famous spa. The facility boasts over 20 spas fed by all-natural spring water, and its vast array of themed rooms each offer unique healing properties.

Cheer for the home team

Koreans love their baseball and watching them in action is a must on any trip to the Land of Morning Calm. Put on your brightest orange t-shirt, and make your way to Sajik Stadium to watch the Lotte Giants with the rest of Busan. Between spirited cheering, cheap Cass beer on tap, and a packed stadium, seeing a baseball game in Busan is an experience that won’t soon be forgotten. 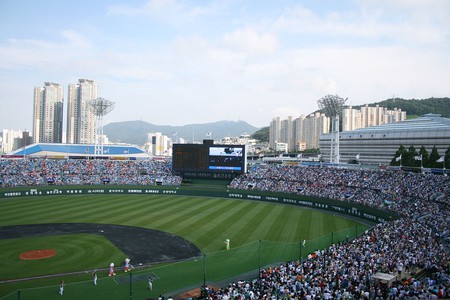 Eat on the street

Changseon-dong’s Meokja Golmok, or “Let’s Eat Alley,” is one of the most atmospheric places to grab an affordable, simple bite in all of Busan. Pull up a plastic chair at this open-air market and watch the street food vendors put your meal together in a snap. Choose from Korean specialties such as chungmu kimbab (seaweed-wrapped rice), bibimbab (rice bowl with hot-pepper paste, vegetables, and ground beef), and pajeon (savory pancake), to name a few.

Established in 1918 when followers of the Taegukdo religion had to find refuge in the area, Gamcheon Culture Village is today one of Busan’s most photographed attractions. Perched on a hill, the brightly colored village made up of cubicle “lego” houses has transformed in recent years into a cultural art space. Get lost in this quaint area and you will most certainly be delighted by its collection of hidden gems.

Taking a hike up to the cliffside lookout of Taejongdae is one of the best ways to take in some fresh air and Busan’s stunning natural scenery. Check out the attraction’s picturesque lighthouse, then stroll down to the rocky seashore, where numerous seafood tents await you. Each establishment sells a selection of fresh fish and oysters, and will prepare your meal while you watch the sun set over the sea.

Chill out at Gwangalli Beach

As night sets in, check out Gwangalli Beach, a 1.4-kilometer-long stretch of sand that arches into the shape of a half moon. Street performers gather here, adding to the area’s youthful vibes, while its boardwalk is lined with cafés, restaurants, and pubs. Illuminated by vivid neon lights of surrounding establishments, the beach is a beautiful spot to watch the music light show of Gwangan Bridge.