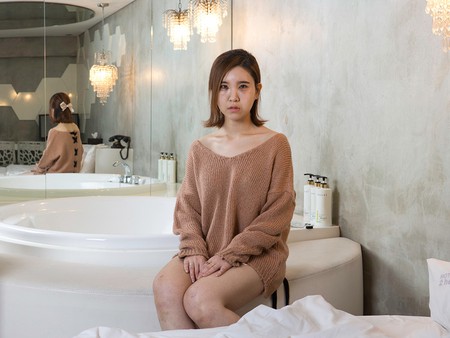 Double eyelid surgery has become an increasingly popular birthday present for those currently coming of age in South Korea. As they leave school, young girls are faced with an inordinate amount of pressure to surgically alter their appearances. Many argue that the rise of Korean pop culture has created new beauty aesthetics, associating bigger eyes with increased wealth and prosperity, but authors and academics have much to say on the conversation, explaining beauty standards cannot be that simple.

While surgically altering bodies becomes an increasingly popular phenomenon for Asians in general, the trend is particularly pronounced in South Korea. One in five people in the country undergoes some form of procedure, with double eyelid surgery being the most common. Generally half of the world’s Asian population are born with double eyelids, while the other half has monolids. Despite the extensive number of online do-it-yourself YouTube tutorials explaining how to do double eyelids using scotch tape and other accoutrements, the surgical procedure has become a much more popular choice for many. The procedure involves cutting around the eye and pinning it back up to make a crease. This makes the eye appear wider and more round. It has become a cultural norm and a rite of passage for girls to have it in their late teens. Many girls are often encouraged by their families to have the surgery, just as their mothers and grandmothers have done. But as the trend catches on, other practices also come into focus. Along with double eyelid surgery, young Asians are also undergoing nose alterations and having fat injections in particular parts of their faces to make them look rounder. We can also see an increase in the number of people having V-line surgery – a risky procedure involving the jaw being broken and shaved slightly to create a V-shape. Although this procedure is first and foremost a procedure for misaligned teeth, this practice is becoming fairly popular with young Korean pop stars for aesthetic purposes. 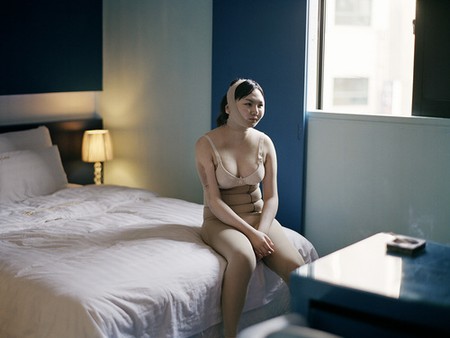 The first story published on the subject was done so in The New York Times in 1926. It was the ‘gleeful’ love story of a young Japanese boy, Shima Kito, living in Boston and dating Mildred Ross, a white girl from Iowa. They fell in love and Kito proposed. The story describes how Ross’s parents disapproved of interracial marriage, at a time rife with anti-Asian narratives, and he subsequently underwent surgery, altering his eyelids, restructuring his nose and tightening his lower lip. He transformed himself to resemble an entirely other race and did so to marry Mildred Ross.

For most, the focus is purely on altering the eyes. As Korean pop music starts to boom, K-Pop stars are becoming idols for many. The rise in K-Pop culture has created a new beauty aesthetic. It hints at being Caucasian but doesn’t directly replicate a westernized looks. Interviewing a number of the girls who have had the surgery makes it clear that the idea centers on becoming a better version of one’s self. These girls want to be beautiful Asian women, not Westernized. In an interview with NPR, Ye-Kyung Song explains: ‘I always thought, well, if I didn’t have these small eyes, maybe then I would like myself better.’

The idea is to only change the eyes, not the face’s overall architecture, so that they still look obviously Asian. The aim is to preserve their natural contours and the features that define them as Asian women and to just adjust the skin above the eye to look even better. For many young Korean girls, fitting to such beauty standards is entangled with greater social and career success. Here, the two are intertwined: the aesthetic ideal is equated to economic prosperity, and this derives from the adoration of K-Pop culture idols. 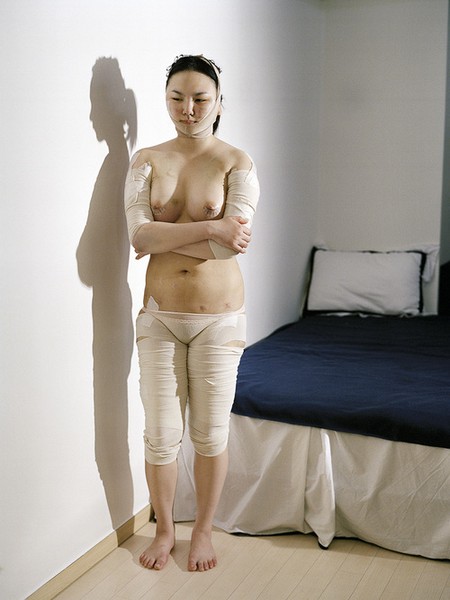 Isn’t this really just a cultural byproduct of globalization?

For many, the idea behind double eyelid surgery is not to ‘Westernize’ the face but to merely enhance it. But how straight forward is this argument? Joanna Rondilla, a lecturer at Arizona State University, explores how the beautiful Asian women who are being idealized are in fact beautiful purely based on Western beauty standards.

Equally, novelist An Na explains how beauty standards are always entangled with the dynamics of race and class: ‘you can’t create a standard without recognizing who’s in power.’ The concept of a beautiful Asian woman is a little more complicated.

The surgery costs a few thousand dollars and is increasingly popular with Koreans living in the United States, with now about one in 20 receiving it. Not only are these girls subject to cultural pressures from their own country, many of them are are also subject to racism and high school bullying, on account of their eyes. The question of power or at least roles of superiority and inferiority, is brought into question. Wanting bigger eyes comes from wanting to emulate people who are in power or influential in the media. 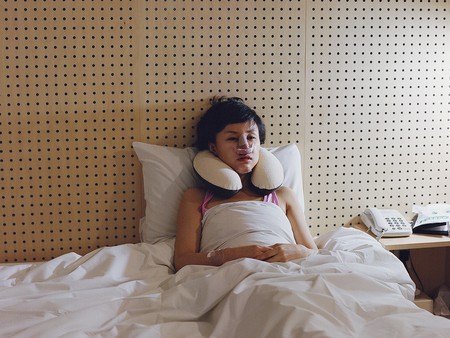 Ji Yeo is a South Korean, New York-based artist whose series Beauty Recovery Room was featured in the Taylor Wessing portrait exhibit in 2013, held at the National Portrait Gallery. The series featured photographs of young women who had recently undergone plastic surgery, editing their bodies to adhere to the ‘social pressures of attaining beauty.’ This beautifully honest series captured the intensity of the very real pain these women experience in addressing the discontent they feel in their appearances. This honesty gently exposes the harsh realities of the surgical procedures, promoting intriguing discussions on the complexities of issues surrounding why they choose to do this.