The Most Inspiring Women to Know from South Korea 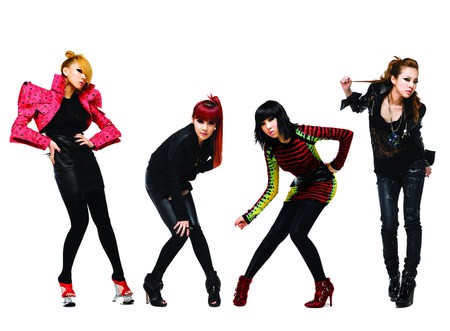 Women are at the center of some of the most inspirational stories and transformative movements in South Korea. Read on to learn how some of Korea’s most influential women of the past and present have made their mark on the quickly evolving country.

Born in 1914 in what is present-day North Korea, Tai-young Lee was the first female lawyer in South Korea. In 1946, she became the first woman to enter the prestigious Seoul National University, and would eventually pass the Korean national judicial examination – a feat for anyone, and an especially noteworthy achievement for a woman at the time.

Lee later became the nation’s first female judge and founded its first legal aid center. By modifying national laws, particularly those related to families and marriage, Lee helped Korean women improve their circumstances and stand up for their rights.

The charismatic leader of K-pop sensation 2NE1, Lee Chae-rin (more commonly known as CL) is a force to be reckoned with. With a daring style and fierce confidence not often observed in the Korean music industry, the rapper has in the past expressed that her one of her goals is to shatter the stereotype that Asian women are submissive and reserved.

Thanks to her music, which often features lyrics that promote female independence and empowerment, CL was voted as one of the most influential people in the world on TIME Magazine’s 100 Reader’s Poll.

I just want to say that you -2NE1 is my youth💕 My power💕My queens💕 and…..my everything 👑 My love for you is never change❌ It's forever🎤 Thanks for everything you do😊 One day that we will meet again👑 I belive that💕 #forever21 #2NE1 #OT4 #OT4forever #OT4forever2NE1 #Thankyou2NE1 #thankforverything #myqueens #myyouth #mylove #CL #Dara #Minzy #Bom #whatsupweare2NE1 💕

Born in Daegu in 1901, Kyung-won Park is credited as being the first female civilian pilot in the country. After having worked as a nurse to earn her tuition fees, Park moved to Japan in 1925 to pursue her life-long dream of becoming a pilot. She graduated from aviation school two years later, and obtained her second-class pilot’s license the following year.

In 1933, Park was selected to fly a new route between Japan and Manchukuo on a Salmson 2A2 named the Blue Swallow. Sadly, the plane crashed shortly after takeoff, killing Park at the young age of 32. 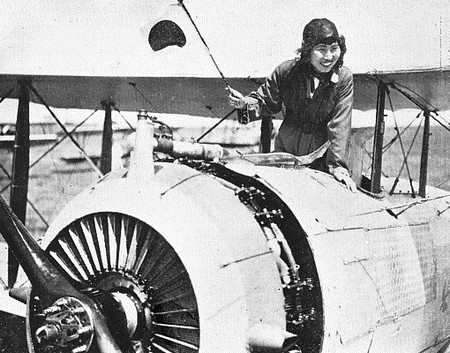 Yuna Kim, who is often lovingly referred to as “Queen Yuna,” is the first female figure skater to win the Olympic Games, the World Championships, the Four Continents Championships and the Grand Prix Final. As South Korea’s national sweetheart, Kim Yuna was recognized as one of the world’s most influential people by TIME in 2010.

In addition to her athleticism, she’s also known for her philanthropic contributions. Kim was appointed a UNICEF Goodwill Ambassador in 2010, and has since used her fame and fortune to help those in need across the globe. She actively participated in the relief efforts in Haiti and Japan, and in 2013 she donated $100,000 to the victims of the typhoon in the Philippines.

As a child, Soyeon Yi discovered her love of science after helping her father fix things around the house. She later became the first woman in her family to receive an education past middle school. Then, in 2008, Yi beat out some 36,000 applicants to become South Korea’s first astronaut and the first person under the age of 30 to travel to space.

As one of the few women in a male-dominated field, Yi has spoken extensively about her experiences, hoping to inspire more girls to follow in her footsteps. Now living in Seattle, Yi appeared in the American documentary series Secret Space Escapes in 2015.

someone i learned about recently. ✊🏿✊🏾✊🏽✊🏼✊🏻 . . +inspirational woman 2/???+ •yi so-yeon | 이소연 •born 2nd june 1978. •biotechnologist and astronaut. •first korean to fly in space. •49th woman to go into space. •carried out 18 science experiments whilst in space. •"when i watched sci-fi movies as a kid, there were always cool astronauts flying the spaceship. there was always one female scientist. always exactly one female scientist. and that female scientist is always smart, if something happens, she always explains everything well, and then if all the men start fighting, she calms them all down […] there's always one like that. she's always thin, pretty and always blonde. […] watching these cool women back then, i thought, "ahh! i want to be a cool scientist like that!" – yi so-yeon #inspirationalwomen #yisoyeon #이소연 #girlpower #feminism #girlsrock #femalescientist #femaleastronaut #inspirationalwomen✊🏿✊🏾✊🏽✊🏼✊🏻

Born to an African-American father and a Korean mother, musician Yoon Mi-rae often experienced racial discrimination growing up in homogenous South Korea. In the 1990s, when hip-hop was still very much underground, Yoon made her debut, and quickly became the country’s most famous female rapper.

She would go on to use her fame for good, volunteering in multicultural youth camps, and participating in Vogue Korea’s Stop & Love Campaign as an advocate against child abuse. Together with her husband, Tiger JK, Yoon has been recognized for her efforts in promoting child abuse prevention by various organizations, including South Korea’s Minsitry of Health and Welfare.

Despite the fact that South Korea has been ruled by men throughout the majority of its history, a number of significant women reigned during the Silla era (57 BC – 935 AD). Perhaps the most notable of the lot was Queen Seondeok, who ruled from 632-647 and is remembered for her strength, as well as the cultural impact she made during her reign.

She actively encouraged students to study in China, and was also responsible for the completion of Punhwang and Yongmyo temples to promote the study of Buddhism in Korea. She also oversaw the construction of Cheomseongdae in Gyeongju, which remains the oldest observatory in Asia today.

Sometimes referred to as the “Nation’s Fairy”, singer, actress, producer, activist, and television presenter Lee Hyori debuted as a member of K-pop girl group Fin.K.L in 1998. Since then, she has released a number of albums as a solo artist and was the highest-paid female singer in South Korea in 2006.

As a strict vegetarian in a country that is not yet familiar with the lifestyle, Lee Hyori is an advocate for animal welfare and animal rights. In 2012, she published Closer, a wildly popular photo book that gave fans a sneak peek at her everyday life, her family and her dog, which she adopted from a shelter.

As an important figure in the organisation of the March 1st Movement against the Japanese colonial rule in Korea, Yu Gwansun became the symbol of the country’s fight for independence through peaceful protest. Often called “Korea’s Joan of Arc”, Yu, who was only 17 at the time, was arrested by Japanese police during an independence demonstration in 1919, an event in which both of her parents were killed.

Sentenced to seven years imprisonment, she continued to fight for independence in jail, which led to her receiving beatings and other forms of torture at the hands of Japanese officers. A year later, she died in prison at the age 18, reportedly as the result of the torture. She was posthumously awarded the Order of Independence Merit in 1962.

Freedom does not come without a price. #YuGwansun

Independent documentary director and producer Kim Young-me has established a name for herself as one of the leading Korean female reporters in an industry that is mostly run by males. Having traveled to over 80 countries, Kim has reported on the Islamic State from conflict-ridden nations such as Syria, Iraq and Afghanistan and has produced a number of documentaries on topics ranging from fair trade coffee to the lives of the people of East Timor.

She has received numerous accolades for her work, including the MBC Broadcast High Achievement Award and the YMCA Korea’s Women Leadership Award.