The Extreme, and Sometimes Deadly, Pressures of Being a K-Pop Star 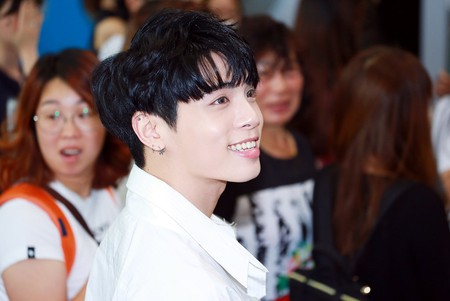 Jonghyun was found unconscious Monday afternoon at his residence in Cheongdam-dong, which is located in Seoul’s Gangnam District. He was rushed to the hospital where he was soon after pronounced dead.

Jonghyun’s sister told police that she had received a text from him that led her to believe that he might commit suicide. Jonghyun also sent a lengthy suicide letter to his close friend Jang Hee-yeon, the frontwoman who goes by the name Nine9 in her South Korean rock outfit Dear Cloud. After conferring with Jonghyun’s family, the note was shared via Nine9’s Instagram account.

“I am broken from inside,” Kim wrote in the note. “The depression that had been slowly eating me up finally devoured me and I couldn’t defeat it.”

Jonghyun goes on to detail his consuming depression, and while his exact reasons for taking his own life aren’t quite clear, he does point to his time spent in the spotlight as a driving factor.

“The life of fame was not for me. They say it’s hard to bump up against the world and become famous,” he wrote. “Why did I choose this life? It’s a funny thing. It’s a miracle that I lasted this long.

“What else is there to say? Just tell me I did well. Tell me that this is enough,” he concluded. “Tell me I worked hard. Even if you can’t smile, please don’t blame me as you send me off. Well done. You’ve really worked hard. Goodbye.”

As Variety notes, Jonghyun isn’t the first artist to identify the extremely competitive Korean entertainment industry as a factor in their decision to commit suicide. For example, Korean-American singer Charles Park, aka Seo Ji-won, killed himself on New Year’s Day 1996. In in his own note, he wrote of the pressure he felt in achieving the same success with his sophomore album as he did with his debut.

The Washington Post also highlights South Korea’s current mental health dilemma. In fact, the Organization for Economic Cooperation and Development reports South Korea to be the nation with the highest suicide rate among its 35 member countries, with nearly 30 suicide deaths per 100,000 people.

“Over the past 20 years, there has been a general trend of fewer psychiatric care beds in OECD countries, as mental health care has shifted to the community,” a recent OECD report states. “Korea is the exception to this trend. Korea’s long average length of stay for psychiatric disorders … raises questions about the effectiveness of treatment in hospitals.”

In other Korean music news, the nation’s Censorship Bureau recently banned a music video released by Korean-American hip-hop artist Dumbfoundead. Titled “Rocket Man,” the video was shot in South Korea and features lyrics claiming that North Korean Supreme Leader Kim Jong-un has daddy issues, as well as clips of U.S. President Donald Trump’s “rocket man” mockery. However, the Bureau asserts that the video was banned because of its display of alcohol consumption, not for political reasons.