'The Birth of Korean Cool' by Euny Hong, the Making of a Superpower 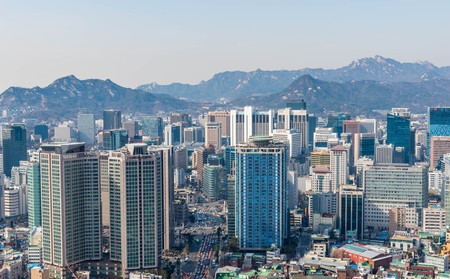 Parrish Turner
Us Books Editor24 May 2018

﻿Fifty years ago, the standard of living in South Korea was not so different from that of their counterparts in the North. Through many concerted efforts, South Korea has grown to become the 11th largest economy in the world. Euny Hong’s 2014 book The Birth of Korean Cool breaks down this huge shift and how Korean culture took the world by storm.

Hong brings a distinct perspective to this story. She was born in the United States to Korean parents who decided to come back to Korea in 1985, when Hong was 12 years old. Hong witnessed many of the changes in South Korea first hand. As she describes in The Birth of Korean Cool, “few people can boast, as [she] can, that they saw Rome being built in a day.”

Hong brings a strong historical perspective, providing readers with a mix of political history as well as her own memories, which help contextualize what these changes meant for the people living them. 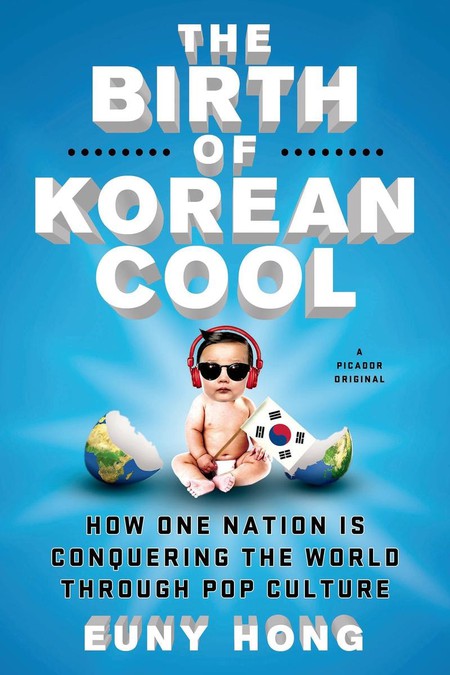 'The Birth of Korean Cool' by Euny Hong | Picador

“My middle school happened to be the testing ground for a number of educational experiments in those days, so it was a good vantage point from which to witness the rapid changes in Korea,” Hong writes. “We were among the first schools to ban school uniforms, which were seen as an imprisoning holdover from the period of Japanese colonial rule, which lasted from 1920 to 1945. In practice, though, the liberal dress code had so many restrictions that they might as well have reinstated the uniform. We weren’t allowed to wear clothes with any non-Korean lettering on them. We also weren’t allowed to perm our hair (although in retrospect, they were just trying to save us from ourselves). If you had naturally wavy hair, you literally had to have a doctor’s note to prove it.”

As she describes the culture shifting away from arranged marriages, Hong recalls how her generation had to invent dating rituals where none now existed. She remembers a game where teenagers would take over the elevators of one of the huge apartment buildings that had sprung up around Seoul, especially in the Gangnam district, made famous in the west by Psy’s “Gangnam Style.” In the reserved Korean culture, these teenagers needed a way to express romantic interests that did not cross boundaries. Teenage girls would each pick a floor of the tall apartment buildings and boys would ride up and down in the elevators, only getting off when the doors opened on a floor with a girl they were interested in.

The Birth of Korean Cool was written following the release of “Gangnam Style”, which arguably awakened the world to K-pop, and the book reflects this global obsession. Hong uses Psy as an example when breaking down what makes K-pop different from other musical genres. The South Korean government understood the power that was to be had in having global influence, and chose to fund soft culture as a means of gaining that power.

“The South Korean economy is a paradox: it is utterly capitalist, yet at the same time it is in some ways still a command economy. In addition to building a high-tech internet infrastructure, South Korea is one of only a handful of countries whose government pours its own money into investing in its nations start-ups,” Hong writes.

In order to cultivate musicians, the Korean government needed to create an industry. In the West, young people explore music in their free time and their talent is discovered. In Korea, children attend school and academic afterschool programs for as many as fifteen hours a day. Some lack the leisure time necessary to have hobbies like music.

Young Koreans interested in becoming pop stars sign extremely long contracts—as long as 13 years—and will sometimes train for the first eight before even being put before the public. Hong connects the logic of these contracts with the history of Korea and its relationship to Confucianism with a clarity that only she could pull off.

Within The Birth of Korean Cool, Hong works off of the hypothesis that Koreans are not inventors, but innovators, including in music. Koreans are not particularly creative, but they focus on perfection. Hong points to groups like Girls’ Generation and their flawless synchronization as an example of Koreans not creating new musical genres, but instead elevating what “good” looks like.

However, the author also associates Psy’s success with his failure to portray perfection: “The class clown of the Korean music world, a man who intentionally showed off his sweaty, hairy armpits and potato-shaped body, who made fart jokes in his songs, and whose outfits looked as though they were picked out by a Las Vegas stage musician. Psy is the paradigm shift within the paradigm shift.”

In 2014, K-pop seemed primed to explode onto the American market, and while the music is more popular than ever before, no artist has managed to come close to the megahit of “Gangnam Style.”

But K-pop has never been South Korea’s top export of soft culture. That honor belongs to the video-game industry. South Korea has a very different gaming culture than the United States, Hong explains, focusing more on the social aspects of PC gaming in cafés, unlike the American focus on consoles played in people’s homes. Through South Korea’s technological advances and exports, Hong demonstrates the ways that the country has made smart decisions about how they approached building their economy to make waves in the quickly developing tech world, through their unique approaches to funding and prioritizing.

Hong’s smart, inherently personal analysis and deep cultural insight make The Birth of Korean Cool a fascinating read, especially as Korea, both North and South, continues to make headlines. As Korean culture continues to shift and evolve, Hong has captured a moment in South Korean history, providing outsiders with both a deeply historical and an intimate understanding of the path taken by this superpowered nation.﻿﻿﻿﻿﻿﻿