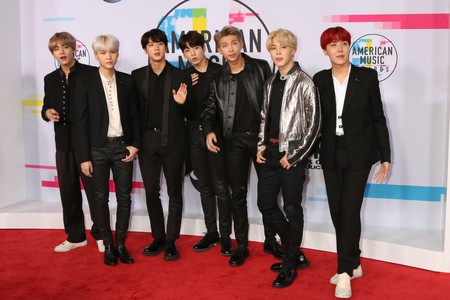 Established in the 1990s, K-pop burst into global consciousness in the early part of the 21st century. Psy’s “Gangnam Style,” released in 2012, was the first video to reach a billion views on YouTube. Today K-pop dominates music charts across East Asia, and is popular all over the world — thanks in large part to the genre’s slick production and emphasis on the visual. K-pop music videos are often outrageously lavish affairs, with dramatic storylines, wild special effects, and uber-tight dance routines. Here are some of the biggest budget K-pop videos out there.

Even though it’s nowhere nearly as crazy as many modern K-pop videos, this music video by T-ara cost nearly a million dollars to make. A 15-minute mini-drama set to music, the complicated plot is based on Korean crime dramas and is a tear-jerking exploration of familial love. The story is continued in “Cry Cry”‘s vengeful sister video, “Lovey Dovey.”

It’s not known how much this video by megastars BTS cost to produce, but judging from the special effects, multiple wardrobe changes and elaborate sets used, it’s definitely on the high end. The video includes a giant sculpture, balls of fire, falling walls and hundreds of Snickers bars. When it was released in May 2018, it garnered a record-breaking 35.9 million views in the first 24 hours.

The music video for “One Shot” reportedly cost one billion won to produce (approximately US$910,000), making it one of the most expensive K-pop videos ever made. The dramatic storyline features boats, planes, armed robbery and gang warfare — watch to the end for the twist in the tale!

The music video for Mama, by South Korean-Chinese band EXO, was rumoured to have a production cost of around US$270,000. It was released in two versions — one in Korean, one in Mandarin — both of which versions feature special effects galore, monastic chanting, a well-developed mythology and super-shiny trousers.

The video for “Come Back Home” was rumoured to have cost between US$280-500,000 to produce, and it’s easy to see why — the elaborate storyline sets up a futuristic universe complete with huge sets, a detailed wardrobe, complicated CGI and lots of extras.

Big Bang are known for their extravagant music videos, employing lots of special effects and innovative shooting techniques. As one of South Korea’s most established K-pop bands, their music videos are always fairly high budget, but the video for “Love Song” deserves a special mention — its film crew built not one, but two aeroplane runways for the shoot. Filmed in black and white, it’s deceptively minimalist, and cost up to US$200,000 to produce.

If you like aeroplanes and sleeveless military vests, this is the video for you. It cost almost US$900,000 to produce and was filmed in the US at locations including Universal Studios. It’s action-hero style and the guns are out in full force. The video also features an astonishing variety of gloves.

This music video was estimated to cost nearly US$300,000 to make. Taking inspiration from the silver screen throughout the ages, it features high-speed motorbike stunts, car chases, gambling and a West Side Story-esque street dance routine. Fire and explosions round it off nicely.