Located next to Seoul, Incheon is a prosperous city in South Korea that faces a beautiful harbour. There are several food markets in this port city where you can find all traditional and creative street food, such as the Sinpo International Market and the Shin Gi Market. Take a look at our guide to the best markets in Incheon to see where to go, and read on to find out what street food to eat in the city. 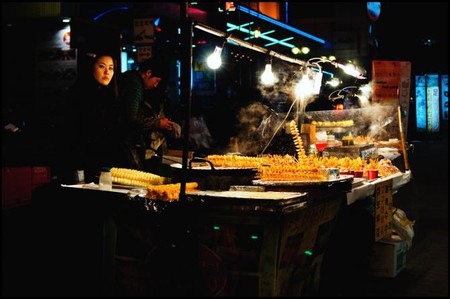 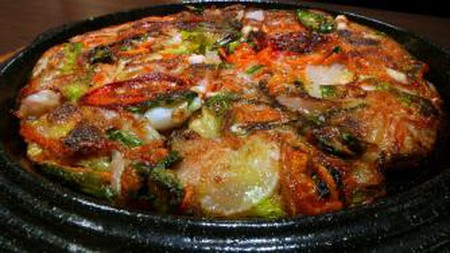 Haemul pa jeon is sometimes called ‘Korean pizza’ because of its round shape, but it is actually more like a pancake. A lot of fresh ingredients are usually used to make this street food, including green peppers and plenty of seafood, which make the taste really rich and sweet. Aside from its great taste, haemul pa jeon is also a very healthy snack as it is high in vitamins, minerals, calcium, and proteins. 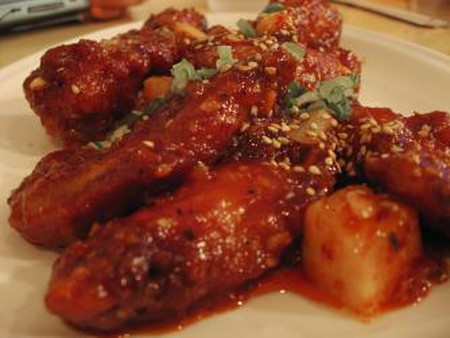 Dakgagjeong, Korean deep fried chicken, is different from what you normally have in a fast food chain as it is usually topped with a syrupy sweet and sour sauce, which makes this snack really appetizing and delicious. The sauce is made of dried pepper, garlic, and soy sauce or starchy syrup, providing a subtle yet flavoursome sweet and sour spice to the chicken. The deep fried chicken will never disappoint meat lovers, the meat is juicy and the exterior is very crispy, and if you want more texture, ask the vendors to add some nuts into the sauce. 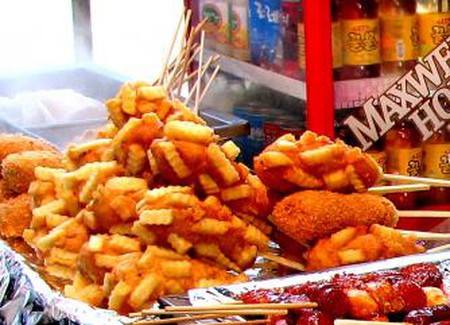 Korean fried hot dogs are definitely one of the most popular snacks on street and in markets. They are so delicious and crunchy that many locals love to eat them. There are various kinds of fried hot dog, and the most typical one is with small potato pieces covering the whole hot dog sausage, while the other types include those wrapped with kimchi, French fries, and bread. The Korean fried hot dog is normally topped with ketchup, making this crispy snack even better. 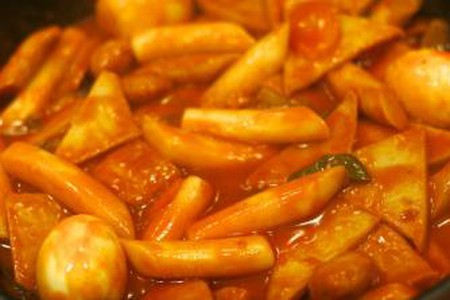 Tteokbokki is a popular snack that almost every street food store will sell. It is made from glutinous and soft rice cakes, fish cakes, vegetables, and gochujang, a thick Korean chilli sauce. It is spicy, and usually has a subtle sweetness, and the chewy rice cakes add much texture to the snacks, making the taste of tteokbokki really special and delicious. Besides the traditional spicy tteokbokki, you can also find other creative kinds in Incheon, such as those topped with cheese, curry, cream, and seafood. 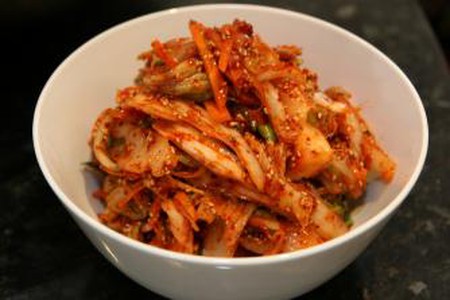 Among numerous Korean side dishes, Kimchi is definitely the most famous one, and you can find it almost everywhere. It is a fermented cabbage, tasting spicy, sour and sweet, and the mixed flavor is not weird but well matched, making it one of the best dishes in Korea. It is truly appetizing as the lactic acids occurred during the process of fermentation do stimulate your appetite and help with the digestion. 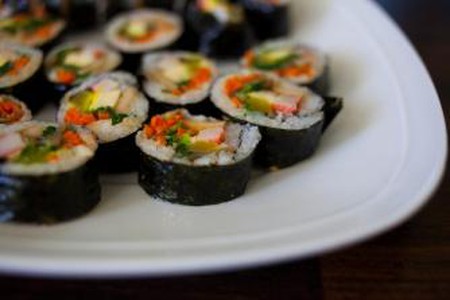 Kimbap, the Korean rice roll, is different from Japanese ones, as the rice is not sour but a bit salty with a savoury flavour of sesame oil. The traditional roll is normally filled with plentiful fresh ingredients, including carrot, pickled radish, spinach, dried fried egg, and minced beef. The ingredients should then be mixed with rice and rolled in a dried seaweed laver. Because of its various ingredients, the taste of kimbap is rich and flavorsome. 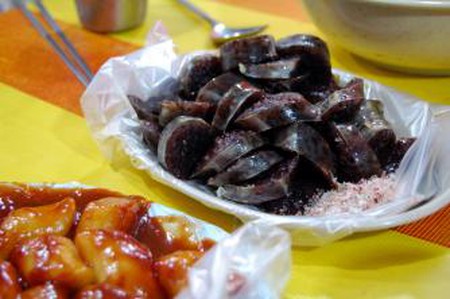 Sundae is a kind of blood sausage, made from cow or pig intestines and traditionally stuffed with diced dangmyeon (cellophane noodles), vegetables, barley, and pork blood. Some variants would contain other ingredients, such as doenjang (fermented soybean paste), perilla leaves, glutinous rice, or kimchi. Though some people think sundae looks weird and smells unpleasant, it is actually quite tasty and light. It is interesting that every region has its own method for preparing sundae, some may be spicy, while some may be new and innovative.