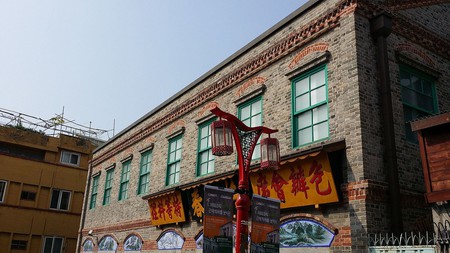 While Incheon might be known for its airport, islands, and thriving Chinatown, it is also home to a myriad of museums. From history to art to food, these institutions cover just about every area of interest. Below are a few of our favorites.

Situated in Songhyun Park, the Sudoguksan Museum of Housing and Living illustrates the daily life of people living in daldongnae, or impoverished hillside areas. Visitors can experience what life was like for these residents in the 1960s and ’70s as they wander through replicas of a barbershop, a small sundries store, and a communal water supply area, among others. The museum also gives visitors the chance to play traditional games, change coal briquettes, and try on old-fashioned school uniforms. The exhibits not only provide a look into years past, but also beautifully showcase the poor, but close-knit communities who worked together to overcome the trying times of the era.

Museum
Facebook
Email
Twitter
Pinterest
Copy link
Share
Map View
Opened in 1946, just after Korea gained independence from Japan, the Incheon Metropolitan City Museum was the first public museum opened in the country. It was established to provide a common space where visitors could learn about the local history of Incheon and its surrounding areas, and it remains committed to its original mission. The museum, which was designed to emulate the nearby pre-historic Ganghwa Dolmen, houses some 3,700 artifacts that communicate the history and importance of the port city.
Open In Google Maps
Cheongnyang-ro 160beon-gil, Ongnyeon-dong, Yeonsu-gu Incheon, 406-050, South Korea
+82324406750
Give us feedback

Museum
Facebook
Email
Twitter
Pinterest
Copy link
Share
Map View
Jjajangmyeon, a hearty dish of noodles smothered in a black bean sauce, is undoubtedly one of Korea’s favorite dishes, and is believed to have originated in Incheon’s Chinatown. The Jjajangmyeon Museum pays tribute to this classic cuisine, introducing its history, evolution, and and the influence and value it had on the nation through a series of thoughtfully curated exhibits.
Open In Google Maps
43 China town-ro, Bukseong-dong 3(sam)-ga, Jung-gu Incheon, 400-203, South Korea
+82327650571
Visit Website
Give us feedback

Museum
Facebook
Email
Twitter
Pinterest
Copy link
Share
Map View
Those interested in medicine should not miss the Gachon Museum, an annex museum of the Gacheon Cultural Foundation. The institution highlights the evolution of medical equipment from Korea’s Three Kingdoms period to the present day through its collection of diverse artifacts and information, including 14 national cultural assets, 9,300 medical publications, 500 volumes of rare Western-style books, and 6,000 volumes of ancient medical texts. Of particular interest is National Treasure No. 276 Yugasajuron, a text that analyzes the phenomena of all creatures.
Open In Google Maps
40-9 Cheongnyang-ro 102beon-gil, Ongnyeon-dong, Yeonsu-gu Incheon, 406-835, South Korea
+82328334747
Visit Website
Give us feedback

Museum
Facebook
Email
Twitter
Pinterest
Copy link
Share
Map View
From ancient times, many Koreans participated in a unique Buddhist custom called beompae. These events were conducted to overcome their sorrows or tribulations, and involved a series of chanting, singing, and dancing. Incheon, in particular, was the site of one of the most important beompae ceremonies that took place during the process of engraving and moving the Tripitaka, a world cultural heritage item. Beompae Museum was established to preserve and exhibit the relics used in that ritual, including musical instruments, costumes, and classical books.
Open In Google Maps
119-7 Sungui-dong, Nam-gu, Incheon, 402-010, South Korea
+82328860029
Give us feedback

Established in 2007 by the Bupyeong-gu Office Local History Center, the Bupyeong History Museum offers a wealth of information about local history and culture. Three permanent exhibition halls house a number of local cultural properties and artworks that paint the story of the area. The museum also showcases cultural studies, a library, and outdoor exhibition experience hall.

Families will appreciate the facilities at the Incheon Children’s Museum, which aims to cultivate the minds of children through a host of interactive exhibits and activities. Highlights include the “Global Village Culture Search,” “Science Exploration,” and “Dino Exploration” areas. Children will love the 3D screening room and art experience center, where they are encouraged to express themselves in creative ways.