Incheon is a port city in South Korea that faces a beautiful harbor. Recent rapid economic development have transformed the city into a prosperous and cosmopolitan metropolis. Yet, this lovely port city still retains a lot of traditional food and flea markets which attract many tourists as well as local people. The Culture Trip introduces you to Incheon’s best markets. 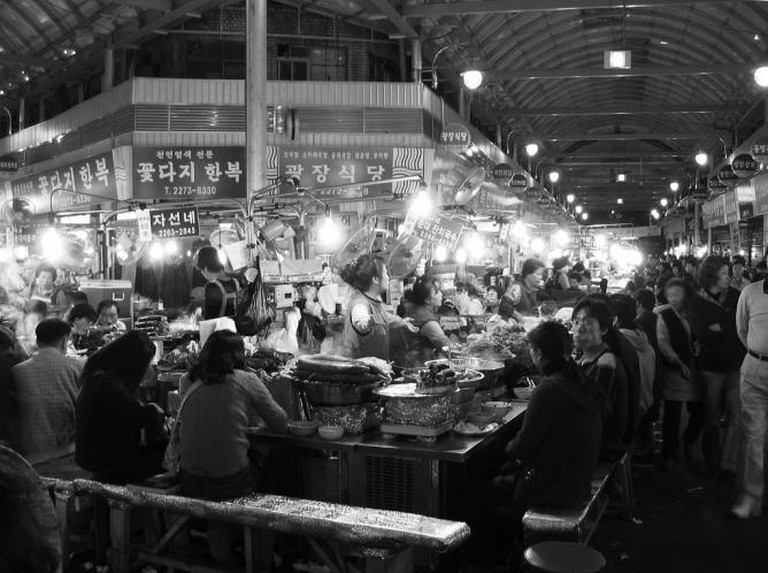 A Korean market | © James Creegan/Flickr
There are around 150 stores in Shin Gi Market, and tourists can try various traditional Korean snacks and drinks here. The market is big and clean with bright lighting, and the food is appetizing, tempting you to try every bit. It is noteworthy that Shin Gi Market can provide tourists with copper coins so that they can experience trading with this ancient money, which is really fun and provides a nostalgic feel. The food in Shin Gi Market is not expensive, and some are even cheaper than that which can be found in supermarkets.

Incheon | © Woogeon Choi/Flickr
Sinpo International Market was officially registered as a food market in 1970, but there had been trading here since the late 19th century. In around 1885 there was already lots of trade, as Sinpo Dong was an international port and a transit point for Japanese, American, Russian and other people en route to Seoul through Incheon city. As a result, a market was gradually established around Sinpo, and it is now one of the most popular markets in South Korea. In Sinpo International Market, tourists can taste both traditional and trendy Korean snacks, such as spicy stir-fried chicken, spicy Korean rice cake, and bibimbap(mixed rice). Opening hours: 9am-10.30pm daily. 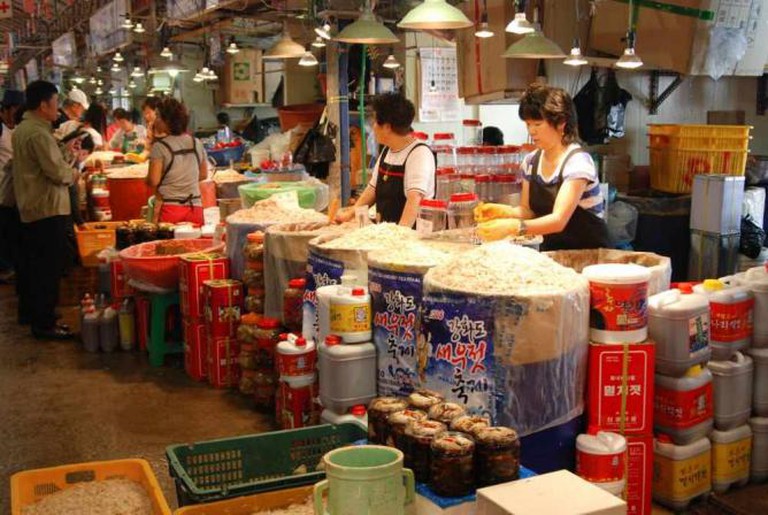 A Korean fish market | © Lazy Monkey/Flickr
Sorae Pogu Traditional Fish Market is famous for selling fresh blue swimming crab; every morning, tourists are able to buy the freshly caught crabs, which are extremely sweet and sold at a good price. This fish market is very modern and organized; it is divided into different areas, each area offering different kinds of seafood. Many stores provide door-to-door delivery, yet most tourists like to bring their newly purchased seafood to the downstairs restaurants so that it can be enjoyed immediately. Opening hours: 9am-9pm daily. 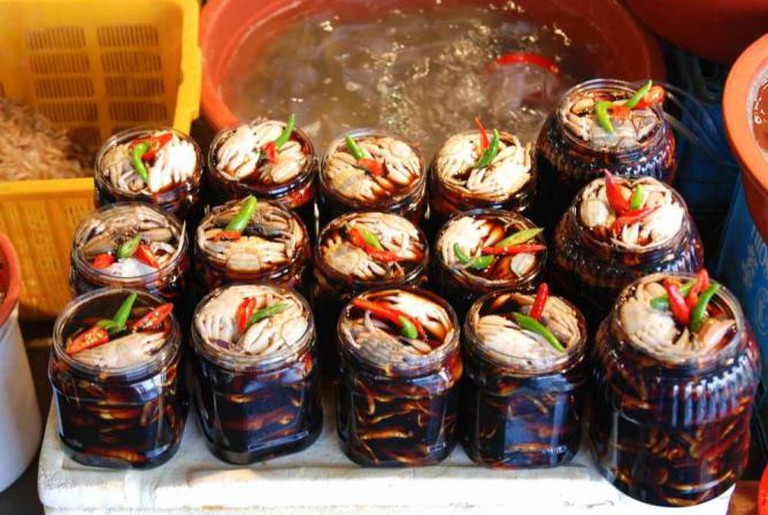 Korean preserved crabs sold in Incheon Fish Market | © Lazy Monkey/Flickr
Located near the port, Incheon Complex Fish Market provides the freshest and finest seafood to Korean restaurants and families. Feel free to choose whatever you want, or discuss with the fishermen, as they are friendly and always willing to recommend good products for tourists. The market is clean and not slippery so you can wander amongst the stalls freely, picking fresh fish and crabs. You can also buy vegetables and fruits, which are equally fresh and juicy. Opening hours: 5am-9pm.

Market
Facebook
Email
Twitter
Pinterest
Copy link
Share
Map View
Good Market is the biggest flea market in Incheon, in which you can find a lot of clothes, daily essentials, antiques, and some other interesting stuff, such as boxing gloves and knitting machines. The quality of goods sold here is guaranteed, as vendors have to apply to the government for a qualification before selling anything in the market; therefore tourists can buy antiques and gadgets with confidence. Good Market is very big, you can easily spend a whole afternoon here; a genuine taste of traditional Korean culture.
Give us feedback