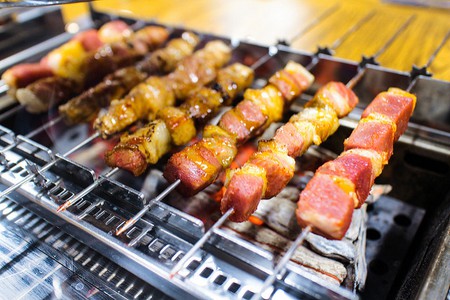 Classic Korean BBQ is renowned for its taste. A charcoal platter is brought out to each table and guests order cuts of meat, with the choice of grilling it themselves or having it grilled for them. We pick Seoul’s best Korean BBQ houses for a taste of this traditional dish. 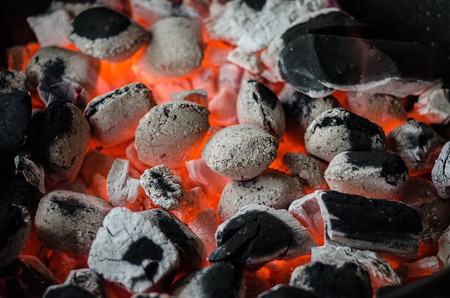 Literally translated, this restaurant’s name means ‘Queen’s House’, yet the building is surprisingly modest; it seats around 30 customers at a time. Strong yet quiet exhaust fans are set above each table in order to combat the smoke from the individual BBQ stations, and service is conducted in either flawless Korean or Mandarin. The true beauty of this place is in the quality of the cuts of meat, which come pre-dusted with a slight sprinkling of salt. Snowflake marbling, referring to the veins of white that run through particularly prized meat cuts, ensures a tender richness without an overpowering fattiness.

Despite its plain décor and unassuming structure, Sutbul Mapo Galbi is famous for its marinated galbi, the Korean term for BBQ meat. Their secret lies in their special marinade recipe, which includes plums for a natural sweetness that enriches the sauce and renders the more traditional brown sugar unnecessary. They offer both beef and pork and both dishes come with all the traditional Korean side dishes. If you’re new to galbi, your server will stay at your table to cook the meat for you and explain the different dips and methods of eating.
62-6 Nonhyeon-dong, Gangnam-gu, Seoul, South Korea; 02-3431-9411

Located in the middle of Yaksu Market, WooSung is perfect for the tourist looking for the authentic, old-school Korean dining experience. With plastic chairs and a small, undesigned interior, the aesthetic is unassuming and unpretentious; its simplicity carries over into its menu, which offers just two items, pork galbi and pork rinds. When serving such a limited menu, it is essential that both dishes are absolutely flawless, and WooSung follows through on that implicit promise. A favorite among Korean food bloggers, this place is also cheap. For just 12,000 won a serving, you can enjoy this galbi guilt-free.

In Korea, galbi is cooked not only in the traditional barbecue style but also in a special broth known as galbi jjim, where quality beef short ribs are seasoned in soy sauce, garlic, sugar, and other spices. It’s then simmered and slow-cooked in a beef broth. One of the undisputed kings of galbi jim is Seocho Myeonok, which offers heaped portions of perfectly spicy galbi jim in sizzling clay pots that come priced at 35,000 won and up. The mushrooms and peppers season this famous broth to perfection – not too sweet, not too spicy, just right for a fancy night out. 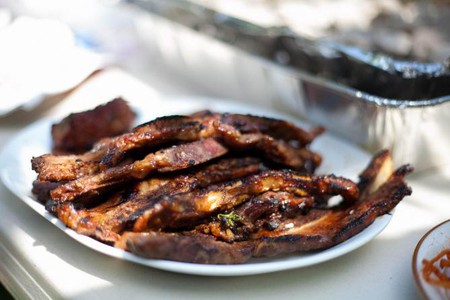 Another famous galbi jim restaurant in Seoul is Gangnam Myeonok. Here, the secret is the sesame oil used to marinate the meat, which adds a savory touch to the ribs and broth. Additionally, each order of galbi jim comes with a free bowl of galbi tang soup, which isn’t as strongly flavored as the main course and is a nice, hot side dish.