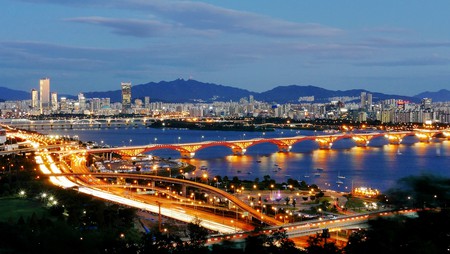 Bibimbap is a healthy, delicious, colorful dish wildly popular in South Korea. Made up of rice topped with seasonal vegetables and with additions consisting of egg or meat slices, this delicacy is served in numerous establishments throughout South Korea. Try one of these popular variations on bibimbap in the culinary metropolis that is Seoul.

A popular restaurant for tourists and older generations due to its highly traditional Korean ambiance, Gogung specializes in bibimbap. With live performances of traditional Korean music every evening and staff that dress exclusively in hanbok (the traditional Korean garb), Gogung lives up to its name, which literally translates to ‘old palace.’ Don’t be fooled into thinking that Gogun is your typical tourist trap, however – it’s also regularly frequented by Korean diplomats. Their wide variety of bibimbap ranges from classics, such as Jeonju and dolsot bibimbap to specialty dishes such as nakji (octopus) and yukhoe (beef tartare) bibimbap. 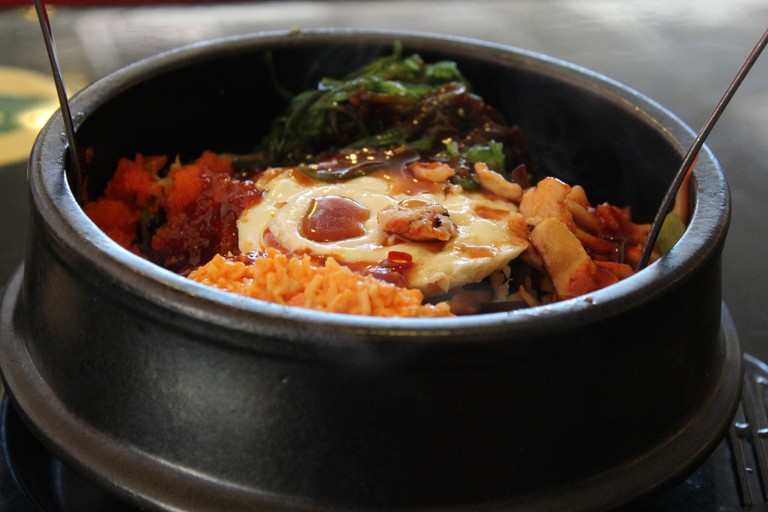 Despite being a hole-in-the-wall establishment, this restaurant is highly recommended in guidebooks for its bibimbap’s taste – which is richer, slightly sweeter, and certainly more intense than those served in most other establishments. Jeonju Jungang Hoekwan has been around for 46 years and, despite an overwhelming popularity among Japanese tourists, also entertains both locals and Western visitors. Despite being famous for the Jeonju bibimbap, this restaurant also serves up a delicious dolsot bibimbap – consisting of rice made with beef broth and flavored soy bean paste, cooked in a pagodite stone pot until the bottom is slightly scorched.

One of just two Korean restaurants to be found in Seoul’s luxury hotels, the Ondal restaurant at the Sheraton Walkerhill Hotel offers a gorgeous view of the Han River on the eastern side of Seoul. This fine-dining restaurant prides itself on its rich legacy, having hosted quite a few politicians and diplomats such as the members of the Korean G20 summit, and basing its menu on the traditional royal cuisine of the Joseon dynasty. Its bibimbap is created with ingredients of the highest quality – all vegetables are fresh and organic – and prepared using a combination of modern and classic techniques sourced from historical research.

Sae Byuk Jib literally translates into ‘House Of Dawn’ and, unsurprisingly, given that it is primarily a galbi (steak) restaurant, it specializes in yukhoe – or raw beef – as a topping for bibimbap. Though yukhoe is undeniably an acquired taste, even for Koreans, Sae Byuk Jib’s yukhoe bibimbap is renowned among food critics and locals. The bibimbap also comes with a side of seonjitguk, a soup made from coagulated animal blood – another distinctive, daring dish which richly rewards those bold enough to try it. The menu at this restaurant is offered separately in English for Western tourists. 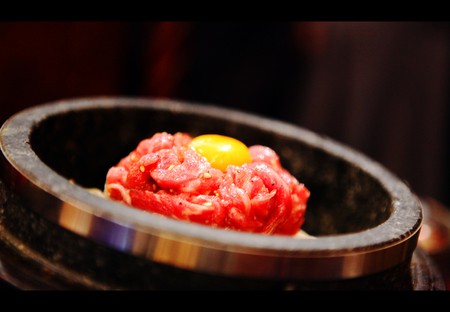 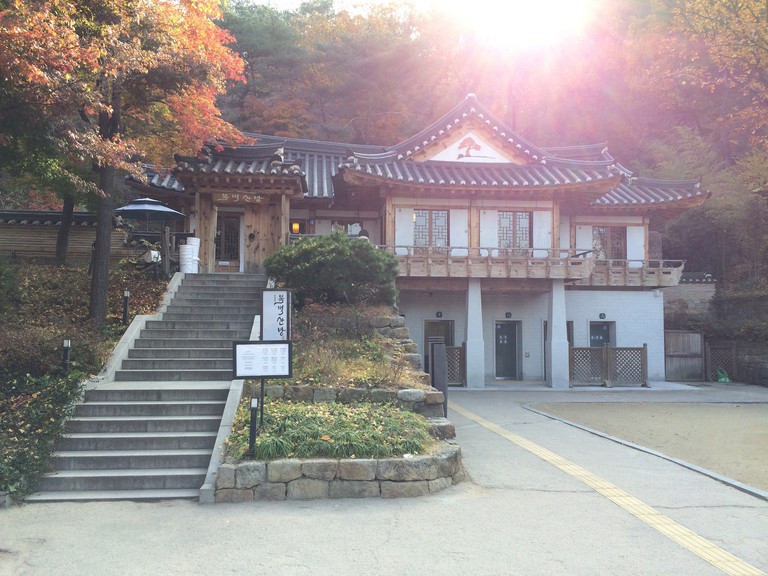 Mokmyeoksanbang | ©Kars Alfrink/Flickr
This gorgeous hanok restaurant was built by the Seoul government in order to promote Korean culture and cuisine. Named after the ancient Mokmyeok, the mountain which is now called Namsan, the traditional wooden house offers a small yet polished interior with warm lighting and a welcoming atmosphere. With metal bowls and wooden trays, the decor is classic old-school Korean, further enhanced by the brass kettles in which Korean teas and makgeolli (rice wine) are served. Eat inside with delightfully friendly service, or enjoy the al fresco dining and the accompanying view of Myeong-dong and the Namsan tower.
Open In Google Maps
71 Toegye-ro 20-gil, Namsandong 2(i)-ga, Jung-gu Seoul, 100-042, South Korea
+8223184790
Visit Website
Give us feedback
Give us feedback