The 10 Best Museums On Jeju Island In South Korea

Jeju Island | © Min_Photo / flickr
It may have been years since Psy unleashed Gangnam Style onto the world but no one’s forgotten his unbridled kookiness. In Korea, Psy is not alone in his flamboyance and nor is he reflective only of Seoul’s creativity – the whole country is a quirky place. From the crowd-pleasing to the crazy, The Culture Trip shares 10 of Jeju Island’s most zany museums.

Museum
Jeju Chocolate Museum | © Seongbin Im / flickr
The Chocolate Museum’s structure was built using the volcanic scoria that can only be found in Jeju, giving it the majestic look of an ancient castle. Once inside, you’ll be greeted by a statue of a cacao God – a strong indicator of the chocolate festivities to come – and be led into room after room of chocolate artifacts, paraphernalia, and of course, taste tests.
More Info
Open In Google Maps
551-18 Ilgwa-ri, Daejeong-eup Seogwipo, Jeju-do, 63504, South Korea
+82647923121
Visit website

The old-world charm of giant Fords and adorable Austin 7s is a welcome break from the cutesy attractions elsewhere in Jeju-do. An indoor exhibition hall and outdoor park are home to some of the most iconic cars of the last 100 years – and more.

Don’t be fooled by the light heartedness of Jeju-do’s museum offering; it’s a place with plenty of handicraft heritage. Dak paper is often used for calligraphy and painting but because of its unique colors and soft surfaces, it can also be used to make the most delicate of children’s toys. Despite the fact that it usually takes four months to make a 15 centimeter doll, they are used in modern animation as well.

A new player on the Jeju attraction scene (it opened in June 2015), PLAY KPOP! is a new media entertainment space with hologram performances and features like ‘Meet The Star,’ where you can enjoy a little tête-à-tête with an idol or even become one.

Museum, Park
Teddy Bear Museum | © Walter Lim / Flickr
From the Mona Lisa teddy to the bears of The Last Supper, the Teddy Bear Museum is an homage to all things cute and cuddly. Get your magnifying glass out to find the world’s smallest teddy bear at the not-so-princely height of 4.55 millimeters.
More Info
Open In Google Maps
31 Jungmungwangwang-ro110beon-gil, Jeju-do Seogwipo-si, South Korea
+82647387600

The delicate shine of Jeju Glass Castle gives the whole place an ethereal vibe. 250 glass models are exhibited in six themed model parks but it’s the exceptionally large glass ball and glass diamond that are particularly memorable. Head into the main hall to try your hand at making glass art, and head home with your own glass balloon, bottle or ornament. 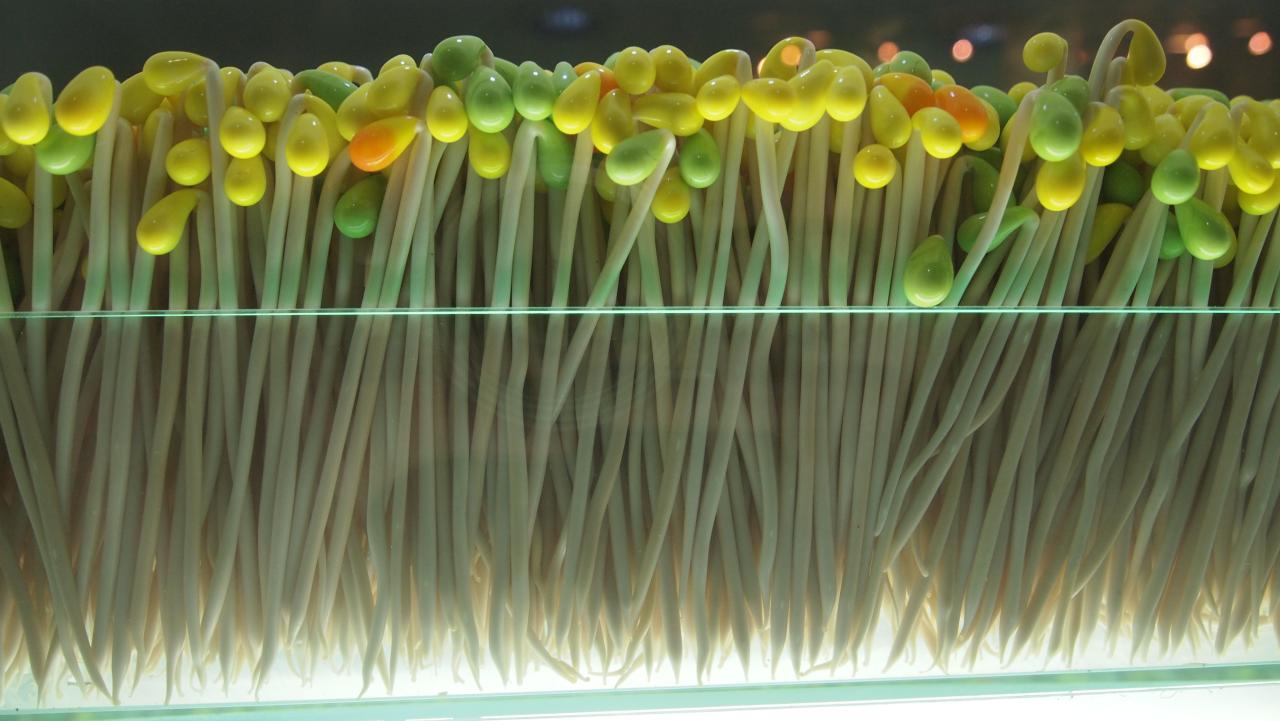 Despite the hoo-ha around the selfie stick ban in South Korea earlier this year, the ‘selca’ (‘self-capture’) is still enjoying rude health around the country. A number of attractions seem to be designed with the selca in mind, and the Alive Museum is one of them. A funhouse of optical illusions, it even has helpful guides (available in English) to nudge you in the direction of the perfect non-sensical snap. Whether it’s walking over an erupting volcano or hanging off the side of a high-rise, you can (appear to) do the near-impossible time and time again.

The Museum of Sex and Health

Museum
Jeju Museum of Sex and Health | © Ben Kucinski / flickr
Don’t be fooled by the scantily clad K Pop idols and their lustful routines; South Korea is known for is conservative attitude to sex. At least, the mainland is. But this is Jeju Island, and apparently, anything goes! Even a mini golf range made of legs-akimbo sex dolls. Perhaps not one for the faint-hearted.
More Info
Open In Google Maps
1611 Iljuseo-ro, Andeok-myeon Seogwipo, Jeju-do, 699-920, South Korea
+82647925700
Visit website

You heard: island. Despite the potentially misleading name (really, it’s just an indoor reconstruction of a kid’s imagination gone wild) this is an inescapably immersive insight into just how popular the Hello Kitty brand is in Korea. You won’t see so much pink in your life as at the Hello Kitty Island. Pause for a refuel and even your latte will get the Hello Kitty treatment. 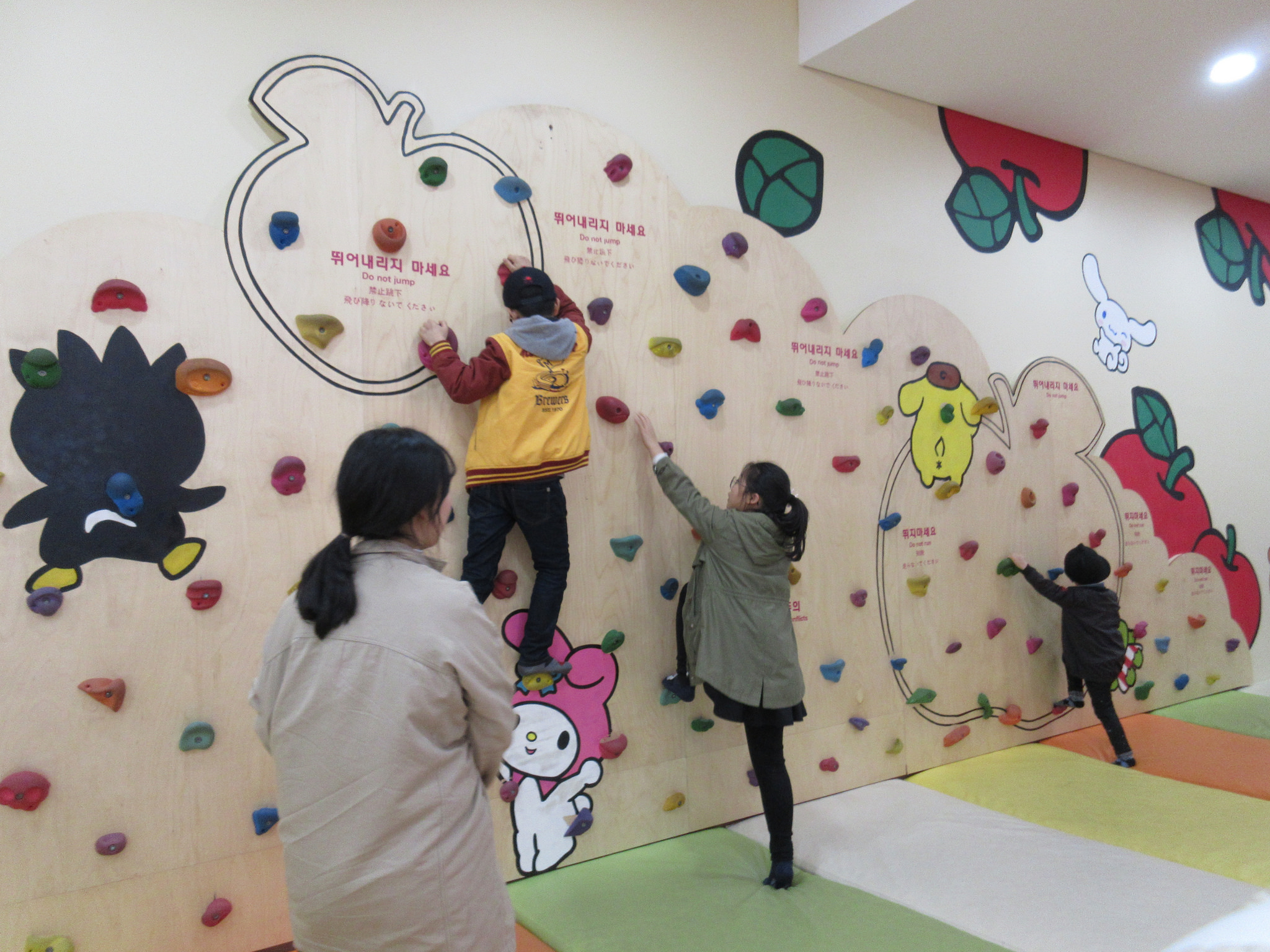 The jewel in the Jeju crown of quirkiness isn’t quite a museum. It has an exhibition, sure, but it’s not one you’ll be wheeling Great Aunt Edna around. Loveland, with its surprising clientele of over 60s in groups, is a sex-themed sculpture park with phallic symbols everywhere. Not even the toilet door handles are safe. Expect everything from a cute kissing couple to a giant woman seemingly forcing a tiny young man into bed with her. The strangest thing of all? For Korea, it’s not that strange. Take a drive down the east coast and the work of one man and his whittle might just catch your eye… 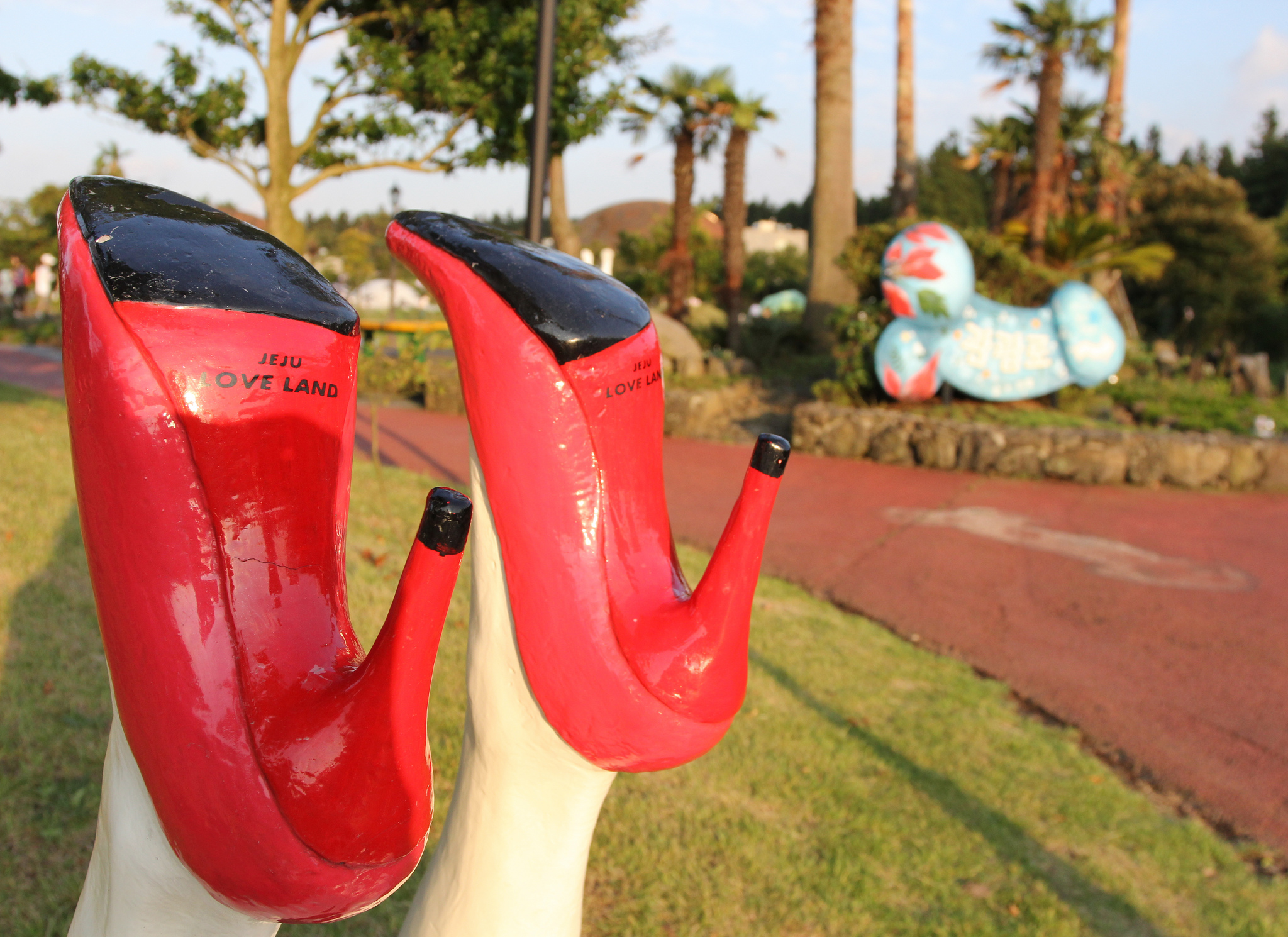