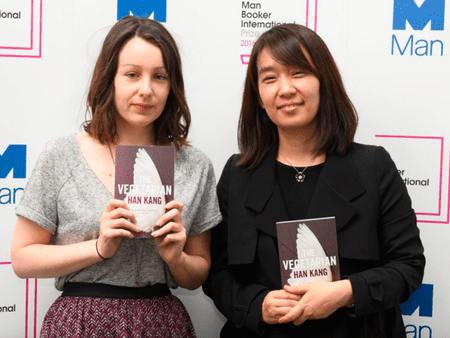 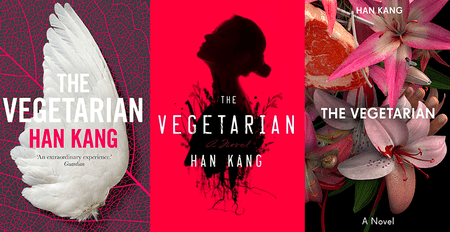 For the first time ever, the Man Booker International has been awarded to a South Korean author. Han Kang and translator, Deborah Smith, will each receive £25,000 and a newly designed trophy, as well as £1,000 for making the contest’s shortlist of six books.

This is also the first time the Man Booker International Prize has been awarded to a single novel. The award was previously allotted every other year to an entire body of work, either originally published in English or translated following publication. After a new partnership formed last year with the Independent Foreign Fiction Prize, the Man Booker International Prize is now being given annually to individual translated works.

As a successful novelist and creative writing teacher at the Seoul Institute for the Arts, Kang has previously received the Korean Literature Novel Award, the Today’s Young Artist Award and the Yi Sang Literary Prize. This is the first novel by Kang that has been translated to English.

The Vegetarian explores a desire to break from societal norms, as its protagonist, Yeong-hye, chooses a vegetarian lifestyle that proves to be a challenge to her family life and relationships. The novel is told in three parts, each offering a different perspective of an ordinary woman’s attempt to break convention, in what judges have called a ‘beautifully composed story’ that is both ‘exquisite and disturbing.’ 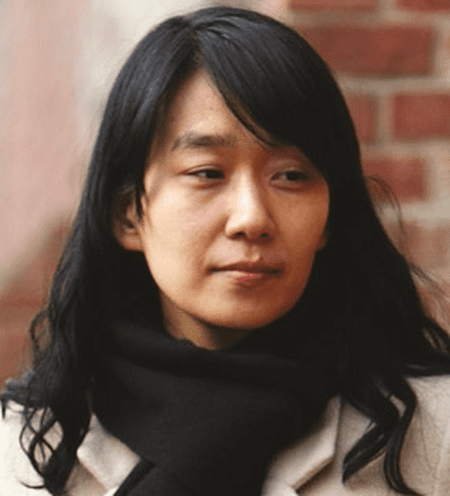 Five judges unanimously chose the novel, which was whittled down from a diverse selection of 155 books originally contending for the prize.

Smith, a 28-year-old Briton, only began learning the Korean language in 2010, The Vegetarian won largely because of its seamless translation.

Smith’s only language was English until she decided to become a Korean translator upon finishing her undergraduate degree in English Literature. She moved to Korea to learn the language and has since translated three other novels. She has also founded the not-for-profit publishing house, Tilted Axis Press, which focuses on translations from Africa and Asia.

The Vegetarian was published by London-based Portobello Books, one of three independent publishers of novels included in the prize’s shortlist.

The five runners-up from this year’s shortlisted entrants, all of which are translated novels, included Orhan Pamuk’s A Strangeness in My Mind, Robert Seethaler’s A Whole Life, José Eduardo Agualusa’s A General Theory of Oblivion, Elena Ferrante’s The Story of the Lost Child, and finally The Four Books by Yan Lianke.

Five of the six shortlisted authors were nominated this year for the first time. Representing Angola, Italy, Turkey, China and Austria, the five runner-ups worked with translators mostly from the United States or United Kingdom.

Novels on the shortlist ranged in topic from the effects of the Great Famine in China to the terror imparted by the Camorra in Naples.

The judges’ pick of The Vegetarian follows the latest Nielsen Book research rating, which found a significant growth in people reading foreign language fiction over the past decade, with a specific increase in the sale of translated Korean fiction.