South Korean Animated Films That You Should Watch 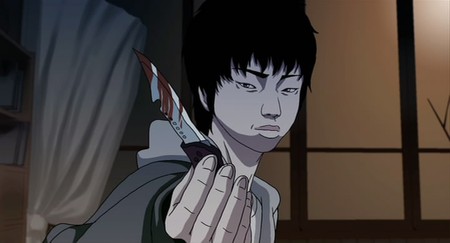 Fun fact, South Korea’s animation industry is the third largest in the world (behind the US and Japan). Where once its primary earning was through providing animation for clients overseas, South Korea’s animators are now making a name for themselves with a number of original productions. Here are some stand-out titles which are worth your attention;

Leafie, A Hen into the Wild

Leafie was a trailblazing movie when it first appeared in 2011, as it made box office history in its home country by drawing in over 2 million viewers. It also received widespread critical acclaim and was successfully exported overseas (it is known in English-speaking countries as Daisy, A Hen into the Wild). The film tells the story of a hen unable to incubate her eggs, who adopts a duckling that she then raises as her own. A stirring drama with plenty of emotional depth, it was a huge labour of love for its production company Myung Films, who slaved away on it for six years. Industry insiders believed it would never be a hit (virtually every major animated film made in Korea had been a flop up until that point), but director Oh Sung-yoon proved them all wrong, with beautiful animation and a lasting tale of the ways in which familial love can transform lives.

Green Days: Dinosaur and I

A charming slice-of-life tale, Green Days concerns a pair of high schoolers who fall in love and follows the ups and downs of their budding romance, all set against a backdrop of rural life in the 1970s. It took a team of just 14 animators an astonishing 11 years to bring this film to life, as the movie was hand-drawn in pencil. Their efforts were worth it, as the finished product is simply gorgeous to look at. The beguiling, vibrant art serves as a reminder that you don’t need to be Pixar to make animation which leaps off the screen, and the storytelling is top-notch. Co-director Han Hye-jin walked away with the Best Director/Screenwriter award at the 2011 Women in Film Korea Awards

The King of Pigs

Yeon Sang-ho is one of the hip young gunslingers of South Korean cinema. His 2016 live-action debut was the action-horror masterpiece Train To Busan but his background was in animation, and 2011’s The King Of Pigs was the film that put his name on the map. A sudden, disturbing act of violence leads to a meeting between two men who then revisit memories of their school days, uncovering shocking memories of bullying and childhood trauma. Complex subject matter for any film-maker, and antithetical to anything mainstream Western animation is currently capable of, Sang ho’s film is an unsettling triumph. The film recalls William Golding’s Lord Of The Flies as it examines the horrific depths of children’s capacity for cruelty, all framed by a punky, unconventional animation style. Not an easy watch, but an essential one nonetheless.

Spend enough time in South Korea and you will see a small blue penguin everywhere, decked out in an aviator helmet and goggles. This is Pororo, beloved icon of South Korean children and a superstar in his home country. First introduced to audiences in 2003 via a television show, his popularity grew steadily until he branched out into movies. In this 2016 feature, the plucky little bird and his friends make forays into the competitive world of high-speed ice-sledding, with all sorts of life lessons to be learned along the way. As you might expect, it’s a movie intended mainly for small children, but is still a great family film and the racing scenes are action-packed and engaging.

The lines between fantasy and reality are blurred in this beautiful coming-of-age tale from 2002. When a young man finds himself alienated from friends and family, he retreats into a fantastical world where he encounters a girl named Mari. As their relationship unfolds, he discovers more about himself and how he defines his world as he moves into adulthood. With a visual look that is best described as crayon-esque, the film wasn’t a hit in South Korea but fared better overseas, where it was the Grand Prix winner for Best Film at the prestigious Annecy International Animated Film Festival in France.

Yeon Sang-ho appears again, this time with a riveting prequel to Train To Busan set in and around the eponymous station. A runaway girl flees an abusive boyfriend only to find a greater horror waiting for her just around the corner, as the city finds itself at the centre of a zombie outbreak. Interestingly, despite the potential for a more epic scale thanks to the freedom granted by animation, Seoul Station feels like a more intimate and grounded film than its live-action sequel, not to mention a far grittier one. It is testament to Sang-ho’s strength as a film-maker that he can bounce between the two mediums without forfeiting any of his artistic punch.

A misleading title if ever there was one. In the year 2142, civilisation has collapsed due to over-pollution, and a technologically advanced city harvests energy from the surrounding wastelands. Against this harsh backdrop, a love triangle develops between a mysterious young man, his childhood friend and her male superior. At the time, Wonderful Days was the most elaborate and expensive animated film ever made in South Korea, utilising state-of-the-art digital animation techniques combined with real-life miniature sets filmed using bleeding-edge tech. The 2003 film is not perfect (it received several edits on home release before a director’s cut was finally assembled) but still a worthy effort, with an authentic dystopian vibe and themes of environmental havoc, class struggle and conflict in the name of love.