Korean-American artist Nam June Paik is considered the father of contemporary video art. We look at the artist’s ground-breaking practice that has brought technology closer to human experience. 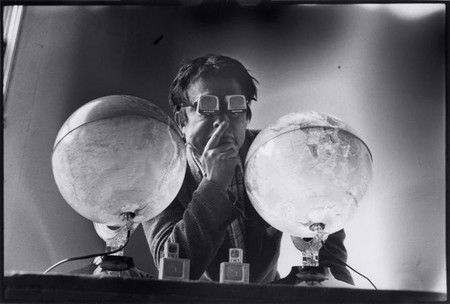 Nam June Paik (1932-2006) developed an experimental art practice that aimed to humanize technological experience, bridging music, performance, sculpture, technology, video and installation. Born in Seoul, Korea, he was trained as a classical pianist. During the Korean War, his family had to flee the country. They first settled in Hong Kong and then Japan, where Paik graduated in music from the University of Tokyo. After moving to Germany to study music history, Paik met conceptual artists Joseph Beuys and Wolf Vostell who inspired him to work with electronic art. Paik became part of the Neo-Dada movement later known as Fluxus. The movement was inspired by composer John Cage and his use of everyday sounds and noises in his experimental music in the 1950s. In 1964, Paik moved to New York to pursue his artistic practice and soon developed collaborative relationships with artists such as John Cage, Merce Cunningham, Yoko Ono and Bill Viola. 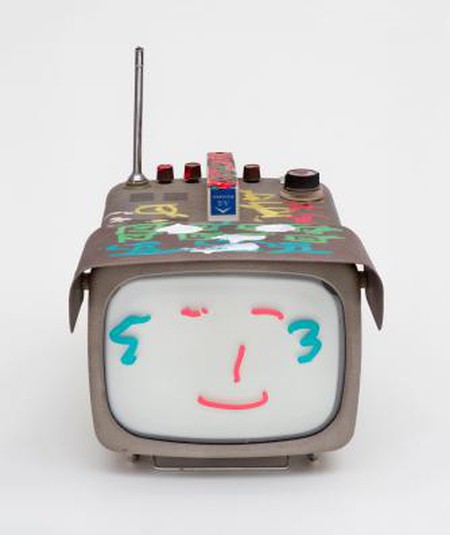 While in Germany, Paik started experimenting with using TVs in his work. His first solo exhibition, Exposition of Music-Electronic Television (1963) at Galerie Parnass in Wuppertal, marks his transition from music to electronic image. The show featured his first manipulated televisions, made out of consumer-grade monitors altered with magnets, degaussers and other devices to distort images.

Moving to New York, Paik continued on his experimentation with TV as a medium and embarked on a long collaboration with avant-garde cellist Charlotte Moorman, until her death in 1991. Their collaborative work was an elevation of Paik’s attempt to unite television and video technology with the human body. He used Moorman’s body in various stages of undress as a canvas onto which he attached his electronic sculptures. 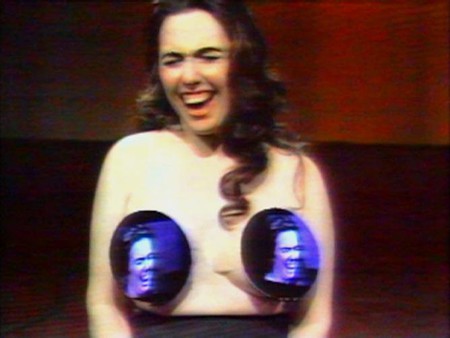 In 1969, they produced another major collaboration entitled TV Bra for Living Sculpture, first shown at TV as a Creative Medium at the Howard Wise Gallery in New York. Moorman wore two tiny TV sets over her breasts while playing her cello. The TV screens alternately broadcasted live television programs, pre-recorded video footage and a closed-circuit camera’s live feed of the audience. In TV Cello (1971), Paik built an installation of TVs stacked and combined together to form the shape of a cello. When Moorman drew her bow, images of her and other cellists playing appeared on the screens. 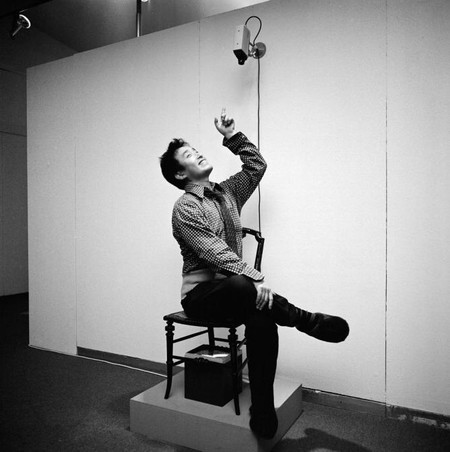 Other works, such as TV Chair (1968) and TV Penis (1972), gave TV and video technology more intimacy. These works transformed the technology into body appendages and props that bridged the gap between technology and human experience.

In 1993, as part of his representation of the German Pavilion at the Venice Biennale, Paik presented an installation dedicated to Moorman. Room for Charlotte included selected clothes that Moorman wore during her performances and collaborations with Paik, plus photographs documenting their projects. 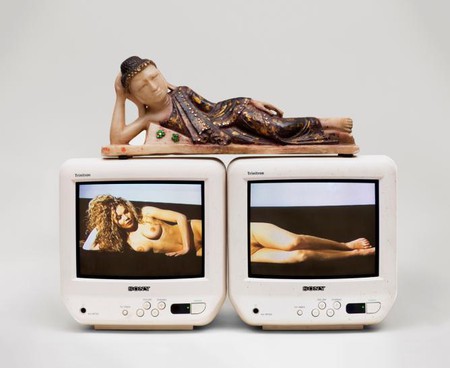 TV Buddha (from 1974), one of his most well-known series, playfully commented on the relationship between technology and human spirituality through a closed-circuit video installation and a bronze Buddha sculpture. The Buddha, sitting opposite the TV, would be looking at his own image in the TV, creating an infinite looping of the image and a sense of introspection and self-reflection. 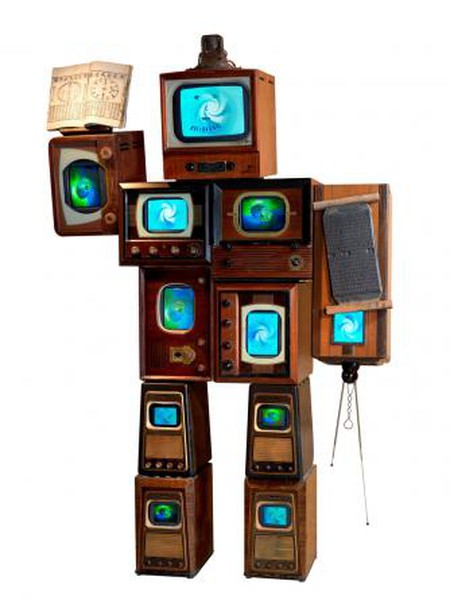 While in Germany, Paik took up Cage’s suggestion to research Oriental music and religion, and travelled to Tokyo in 1963. There, he met Hideo Uchida, the inventor of the transistor two years before the Americans, and Shuya Abe, an electronics engineer. It was with Abe that Paik created his first robotic artwork, Robot K-456 (1964). Testament to his musical background, the robot was named after Mozart’s Piano Concerto No. 18 in B-flat major, K. 456, and was originally hermaphroditic, with a penis and breasts. Created to shock audiences with its ability to interact with humans, K-456 was programmed to talk, walk and defecate beans, controlled by radio channels and remote.

After a hiatus in robotics – during which Paik concentrated on his use of TV and video – the artist returned to creating robots in the early 1980s. This was an era when Americans were becoming more familiar with modern technology in daily life, such as personal computers, camcorders, video games and mobile phones. TV was broadcasting sitcoms that reinforced the sense of family unit, while films such as Terminator (1986) were presenting a bleak future where robots annihilated the human race. In this context, to strengthen the bond between humans and technology, Paik created the series Family of Robot (1986), portraying the traditional Korean extended family (mother, father, baby, grandmother, grandfather, aunt and uncle).

The robots, made with found household electronics like old radios and television monitors, had more rounded edges in female counterparts and more angular structures in their male. Rendered on a human scale, they allowed for a closer relationship with the viewer. Moreover, they were not given ambulatory functions, but instead their monitors featured looped video imagery that represented their individuality and personality. Throughout the 1990s, Paik continued to develop a series of robots, based on historical figures such as Genghis Khan or his friends, like John Cage. 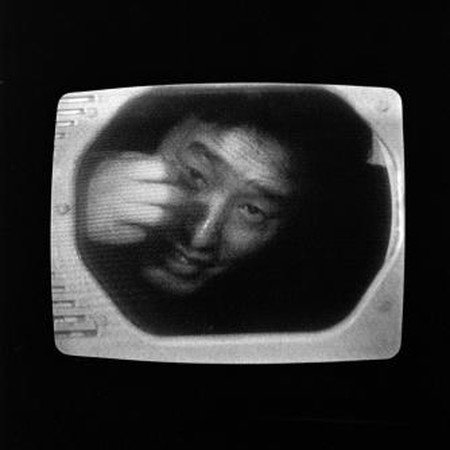 Paik’s fascination with the transmission and manipulation of video imagery originated with the purchase of one of the first Sony Portapaks, the first portable video and audio recorder. The camera aided him in creating visual material for his works. Paik also designed and created a device in collaboration with Shuya Abe, the Shuya/Abe Video Synthesizer (1969). A video synthesizer that uses internal video pattern generators to electronically create a video signal and generate a variety of visual material without the input of cameras. Paik’s synthesizer had new production and postproduction capabilities: it could transform closed-circuit video broadcasts and pre-recorded footage into video collages ranging from realistic images to pure, abstract patterns. The synthesizer also had in-built cameras that could feed live images, mixing them with the pre-recorded or computer-generated material. In his manifesto for the synthesizer, Paik wrote:

This will enable us to shape the TV screen canva
as precisely as Leonardo
as freely as Picasso
as colorfully as Renoir
as profoundly as Mondrian
as violently as Pollock and
as lyrically as Jasper Johns.

Paik’s use of video art stemmed from the belief that video was the ultimate area in which visual artists could work and which could expand the static world of painting. He stated:

‘From Monet to Joseph Kosuth, people tried everything. After that, in painting’s world, everything was done. You can only do so much within the limited styles of painting from realistic to abstract to conceptual art. One way to move painting forward was to inject the element of time.’

Paik used and manipulated video imagery throughout the 1960s and early 1970s. However, it was not until 1974 that he developed the idea for an even more ambitious project that was the precursor to the ‘information superhighway’. Paik used the term ‘electronic superhighway’ when he wrote the proposal entitled Media Planning for the Postindustrial Society – The 21st Century is now only 26 years away (1974) for the Rockefeller Foundation, in which he said:

‘The building of new electronic super highways will become an even huger enterprise. Assuming we connect New York with Los Angeles by means of an electronic telecommunication network that operates in strong transmission ranges, as well as with continental satellites, wave guides, bundled coaxial cable, and later also via laser beam fiber optics: the expenditure would be about the same as for a Moon landing, except that the benefits in term of by-products would be greater.’

The ‘electronic superhighway’ he spoke about was illustrated in a collaborative work with Dimitri Devyatkin, Media Shuttle: Moscow/New York (1978), in which the artists simulated a hypothetical future television channel through which people from New York and Moscow could communicate and see each other through satellite transmission. 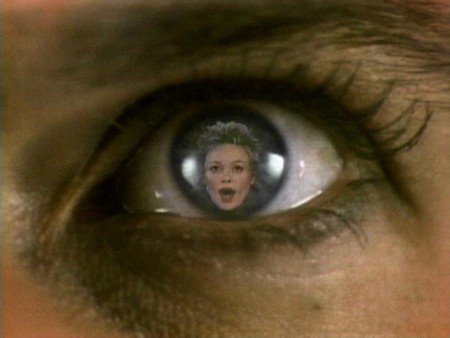 Paik’s dedication to the democratisation of art and culture through television was evident in his collaborations with public broadcasting stations such as WGBH in Boston and WNET/THIRTEEN in New York in the 1970s and early 1980s. In 1984, his work Goodmorning Mr Orwell put in function his envisioned satellite broadcasting, through a live broadcast in collaboration with WNET/THIRTEEN in New York and F.R. 3 in Paris, aired on 1 January 1984. Transmitted simultaneously in France, Germany, Korea, the Netherlands and the United States, the televised programme featured simultaneously broadcast footage of live programs in New York and Paris with video interventions by the artist, using the Paik-Abe Video Synthesizer. Through this work, Paik was contradicting George Orwell’s dystopian view of the effect technological advances would have on future society as laid out in his novel 1984.