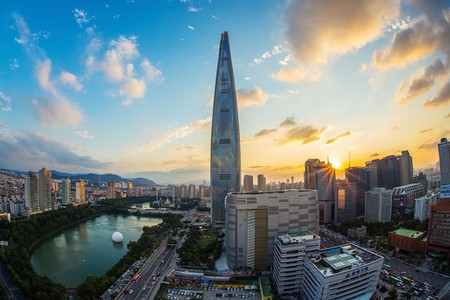 Investigating the culturally rich city of Seoul, we list 10 established museums located within a city marked with a fascinating past. With a variety of museums that display the nation’s history from the prehistoric era to the present day, Seoul is where Korea’s traditional and modern cultures coexist. 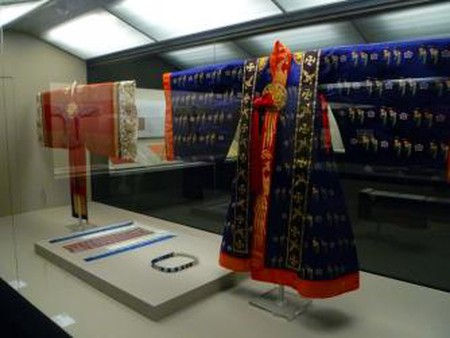 Scattered within 40 kilometers of Seoul are the famous 40 Royal Tombs of the Joseon Dynasty, the longest ruling Confucian dynasty spanning five centuries from 1392 to 1897. Much of the history of the dynasty can be explored at The National Palace Museum of Korea, where one can view artefacts in an extensive collection consisting of more than 40,000 items. The permanent collection covers all aspects of the Joseon lifestyle, including the art, science and music of the period. The museum also hosts special temporary exhibitions and education programs for English speakers. 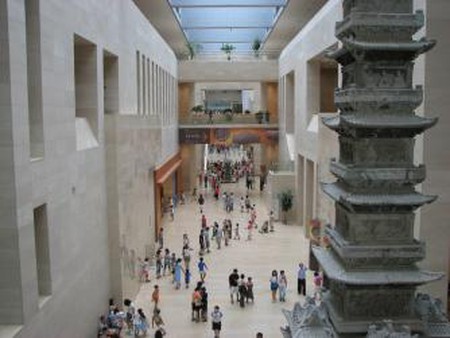 The National Museum of Korea

Located in Yongsan, in the heart of Seoul, The National Museum of Korea is a cultural complex that not only preserves and displays relics but also hosts a variety of programs, such as the Children’s Museum and other cultural events linked to its exhibitions. More than 220,000 collections are on display, spanning from ancient and medieval history, to early modern history, focusing on calligraphy and painting, sculpture and crafts, and much more. The museum also holds international artefacts from places such as India, Southeast Asia, Central Asia, China and Japan. The museum is located in the center of the Yongsan Family Park facing the Han River, with the impressive Mt. Namsan standing behind it. 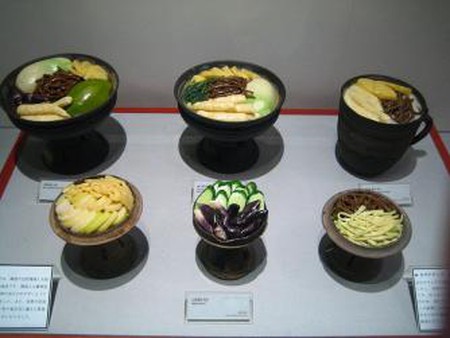 The Pulmuone Kimchi Museum is a unique way to discover the tradition of kimchi, a staple of Korea. This is a fermented food prepared by mixing and ripening brined cabbage or radish with seasonings such as red pepper powder, spring onion and garlic. Since opening in 1986, the museum has acted as a cultural and educational space that promotes this Korean icon. The museum is located in the Korea World Trade Centre in Samseong-dong, Gangnam-gu. 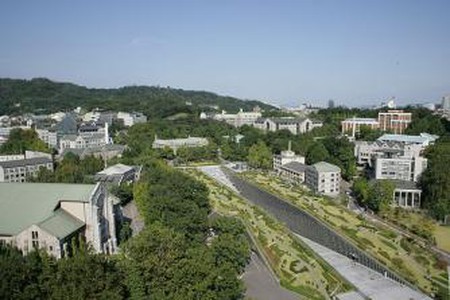 The Ewha Womans University Natural History Museum is the first established natural history museum in Korea, and was opened in 1969. The collections include specimens of Korean natural monuments, internationally protected birds, and species that are endemic, rare, or newly discovered. The grounds of the Ewha Womans University, one of the top ten universities in Korea, are also a recommended visit, featuring impressive architecture and picturesque scenery. The nearby University Museum has one of the National Treasures of South Korea on display: number 107 of 315, the White Porcelain Jar with Grapevine Design. 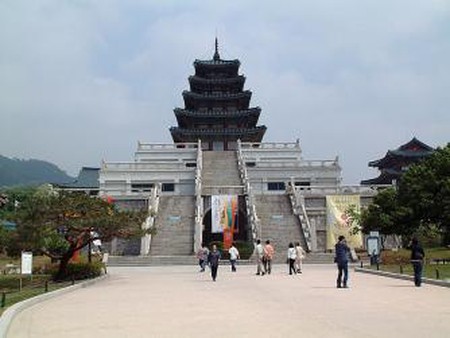 The National Folk Museum of Korea

The National Folk Museum of Korea is dedicated to presenting the traditional ways of life of the Korean people, starting from prehistory to how they live today. Opened in 1945, the museum has been hosting special exhibitions including the Korean Annual Traditional Handicraft Art Exhibition and the Artisans of Korean Traditional Skills Exhibition. The open-air exhibition in the front gardens of the museum offers diverse themes of Korean folk life, further illustrating traditional rural culture. Noteworthy artefacts are the Jangseung spirit posts to which villagers prayed in an attempt to prevent calamity and to bring a successful harvest. 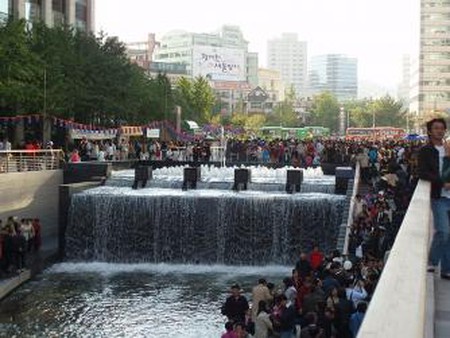 The CheongGyeCheon Museum is dedicated to the story behind the Cheonggyecheon water course, a major stream that ran through Seoul’s downtown area long before the city was made the capital of Joseon. Part of the Seoul Museum of History, the museum is the result of the Cheonggyecheon restoration project. This restoration was a major part of the development of Seoul, and since its completion in 2005 its surrounding areas have constantly changed and evolved. The museum explains the history and significance of Cheonggyecheon, the problems related to the stream, and the solutions to such issues from the conversations of Kings Taejong, Sejong, Yeongjo, and Jeongjo of Joseon. 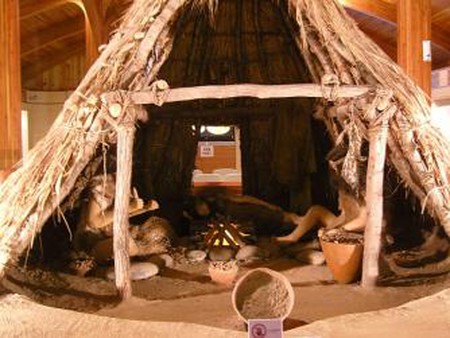 A flood in 1925 resulted in the discovery of the largest Neolithic site found in South Korea. These 6000-year-old artifacts have been turned into a museum where visitors can experience a recreation of life in the prehistoric village. Neolithic remains from the site include comb pattern pottery and stone tools such as axes, arrowheads, scrapers and fishing net weights. There were also acorns and grinding stones found as well as hand-held ploughs and stone scythes. These remains indicate that hunting, gathering and developing agriculture were all practiced at Amsa-dong during the fourth millennium BC. 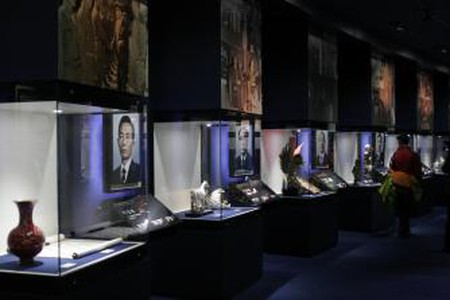 To learn about Korea’s past, specifically about the culture and political history of its capital, Cheongwadae Sarangchae is a recommended visit. Known as the presidential museum of South Korea, the museum also promotes the image of a high-tech Korea, offering creative and unique experiences through interactive devices. Opened in January 2010, the two-story exhibition and museum space were designed to be more environmentally friendly, embracing the power of solar and geothermal energy. Reducing the use of fossil fuels is a fitting response to Korea’s ambitious goal to reduce carbon emissions by 30 percent by the year 2020. 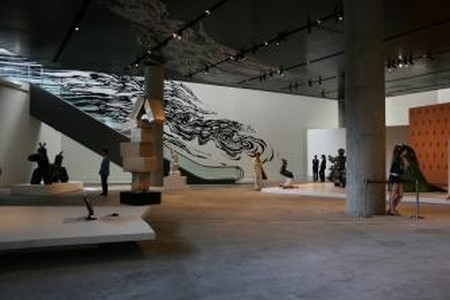 Run by the Samsung Foundation of Culture, The Leeum Samsung Museum of Art houses an extensive collection of traditional and contemporary art, by both national and international artists. The name Leeum is from the family name of its founder, Hoam Lee Byung-chul, who was also the founder of Samsung and is a keen art collector. The buildings of the museum were designed by the internationally renowned architects Mario Botta, Jean Nouvel and Rem Koolhaas, their designs combining the past, present and future of art and culture. 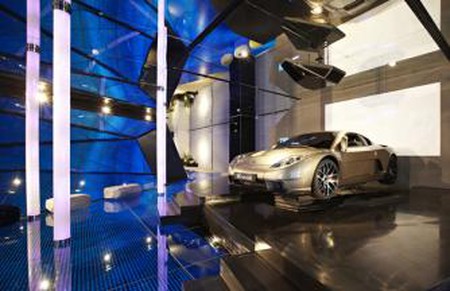 The popular T.um: Telecom Ubiquitous Museum is situated in the impressive T Tower in the Uljiro district of Seoul. This museum presents the developing technology of Korea, and speculations on what the future may hold. Each exhibit in the museum features smart phone interactions, which are given to every visitor. Examples of this include a shopping section, where one can take pictures of commercials on TV using their smart phone and instantly buy the item they are advertising. Another highlights the process of transforming an already existing 2D film into 3D.