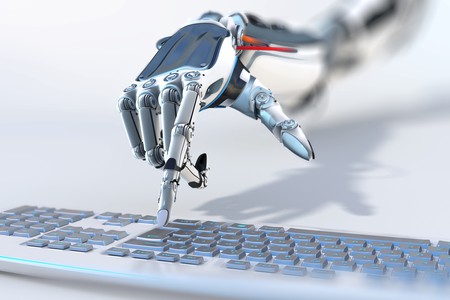 Some people are worried robots will eventually take over the world. Society will develop technology to make our lives easier, but then the technology will get too smart and rebel. While those fears might not come to fruition in this lifetime, journalists may have to start worrying about robots taking over their industry.

Korean news agency Yonhap has introduced Soccerbot, software powered by an algorithm which imitates the way human journalists write. Soccerbot, which was unveiled Aug. 14, will cover all 380 games of the 2017/18 English Premier League season for the country’s major news service, delivering articles within seconds of a game’s conclusion.

The automated reporting system had a successful pilot run during the 2016/17 EPL season, producing 380 articles.

According to the news agency, “the program utilizes a database of words and sentences written by Yonhap reporters. It produces articles in three steps — collecting data, writing sentences, and going through spelling and grammar checks.”

The articles won’t be full of analysis, flowery language or eye-catching ledes, but will be more of the nuts and bolts aspects of the game — statistics and events — with the software gathering data from up to five sources in order to identify correct information. With a 24-7 news cycle and an industry where timeliness reigns supreme, fans following the Premier League through Yonhap will have match reports within seconds of the final whistle.

The Korean news agency isn’t limiting its robot reporter to English soccer, though. It plans to develop another program to cover the 2018 Winter Olympics in Pyeongchang, South Korea, beginning in February.

The Associated Press, the top wire service in the United States, partnered with Automated Insights in 2015 to produce automated stories for college athletics and Minor League Baseball.

“These are not going to be stories that are going to be able to describe the pitcher’s facial expressions or the speeds of pitches or whether there was a bench-clearing brawl,” Barry Bedlan, the AP’s deputy director of sports products, said in 2016. “But, again, what we’re doing here is trying to leverage the technology to expand our coverage that our customers have never had or haven’t had in a long time.”