In South Korea, People Are Going Crazy for These Poop-Centric Attractions 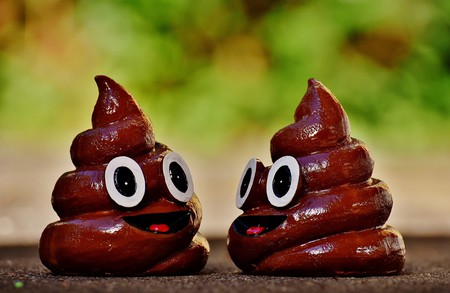 Often considered cute and lucky in Korea, poop is a theme at a number of the country's cafes, museums, and food stalls. | © Alexas_Fotos / Pixabay

In South Korea, poop has long been a popular icon, thanks to its associations with wealth and good fortune; an old superstition states that a person will be prosperous if he or she dreams of dung. In more recent years, the image of poop – particularly the swirly mound variety – has been integrated into everything from clothing and urban sculptures to cafés, museums, and even desserts. Here are some of the crappiest (literally) destinations in the country. 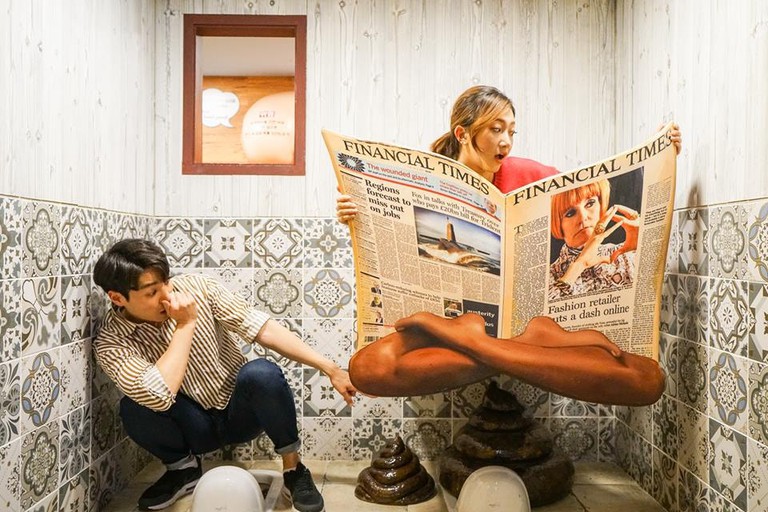 Quirky, bright, and delightfully bizarre, Poopoo Land delves deep into the world of fecal matter, flatulence, and everything in between. Spread over three floors, the cultural space invites visitors to get up close and personal with a wide variety of urinals, specialty toilet paper, and of course, colorful mounds of poop. Children and adults alike also have the opportunity to enjoy a journey through a simulated digestive system, or even partake in a poo poo obstacle course. In true Korean fashion, there is no shortage of photo ops ranging from toilet-shaped chairs to trick art. Using the technique of trompe l’oeil, poop-centric drawings have been fabricated to create the illusion that the objects in the images are three dimensional. Poopoo Land leaves a lasting impression with its exit – a swirly slide that resembles an intestine.

While poop may not be the most appetizing theme for a café, it’s certainly a popular one, as evidenced by the throngs of tourists who flock to Ddo-Ong Café on a daily basis. Situated on the roof of Insadong’s Ssamziegil shopping complex, the café serves everything with a toilet twist. Colorful mini plungers hang from trees, squat toilets are placed strategically throughout the shop, and patrons take selfies with somewhat repugnant yet charming pooping dolls. Ddongbbang (poop bread) adds to the motif, and is much more appetizing than it sounds, while the rose coffee latte, which is served in a toilet-shaped mug, is a must-try.

Calling itself the ‘world’s first toilet theme park,’ the Haewoojae Museum (also known as the Mr. Toilet House) in Suwon is a public park and museum dedicated to, you guessed it – toilets. Here, visitors can find exhibitions on Roman-style loos, European bedpans, and ancient Korean flush toilets, as well as learn a wealth of information about poop. Established in 2007, the museum was built by Sim Jae-duck (Mr. Toilet), a former mayor of Suwon who was reportedly born in the toilet of his grandparents’ house. With a lifelong attachment to the bathroom fixture, Sim dedicated his career to improving the plumbing and public bathrooms of Korea. To mark the birth of the World Toilet Association, Sim had his home of 30 years demolished. In its place, he commissioned architect Go Gi-wong to construct a house in the shape of a toilet. Haewoojae, which means ‘a house to relive one’s concerns,’ was, upon its completion, named as the biggest toilet sculpture by the Korea Record Institute in 2007. It was then donated to the city in 2009 following Sim’s death. The cultural space regularly holds special exhibitions, educational events and competitions, such as the Golden Poop Painting Contest.

A rather vulgar twist on hotteok, a popular Korean street food, ddongbbang (literally ‘poop bread’) is a soft, cake-like pastry shaped like a mound of poo that is stuffed with various fillings, the most popular being red bean paste and walnut bits. Although this sweet treat can be found around the country, no other establishment does it better than Ddongah Hotteok in Insadong. Located on the ground floor of the Ssamzigil shopping complex, the outdoor booth lures in throngs of tourists eager to sample the unusual but delicious dessert. For even more feces fun, head upstairs and grab a cup of John – er, Joe – at Ddo-ong Café, a poop-themed coffee shop.