In South Korea, Collectivist Culture Is Helping To Contain Covid-19 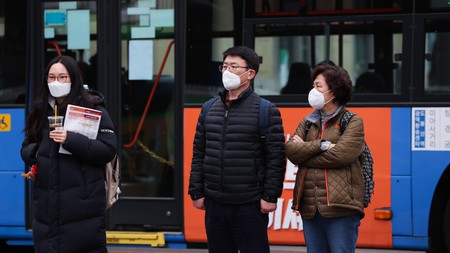 Telecommuting, “telephone booth” testing stations and travel restrictions are some of the more tangible measures that have helped contain Covid-19 in South Korea. But one less obvious factor that has helped prevent the spread of coronavirus is the nation’s collectivist culture, one that stems from millennia-old Confucian values.

As Covid-19 continues to spread across the globe, South Korea has been praised for its efforts to contain the illness. The country has since become a model for other nations that have been affected by Covid-19.

Despite being one of the worst-affected regions outside of China, South Korea has recently seen a steady decrease in new coronavirus cases. From testing clinics to mask rationing, Korea’s response to tackling the public health crisis has been swift and effective. 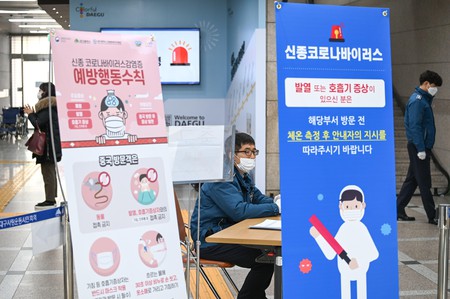 But beyond these more concrete measures, the secret to Korea’s success could very well lie in its cultural beliefs and traditions. Observers believe the containment of coronavirus could in large part be due to the country’s collectivist culture, ppalli, ppalli (hurry, hurry) mentality and a willingness to adopt technological solutions.

“All in this together”

Strongly influenced by Confucian ideologies, South Korea’s collectivist culture is one based on a hierarchical social structure that values the collective good over individual rights. This unified mindset is perhaps one of the reasons why Korea has been able to efficiently implement measures to curb the spread of the coronavirus.

Collectivism demands that Koreans remain loyal to their group and act in the best interests of said group to maintain inhwa, or harmony. This rings true in just about all relationships: families, colleagues and even Korean citizens as a whole.

“There very much is a feeling of being all in this together,” notes Seoul-based journalist Raphael Rashid. “There is a debate in Western countries as to whether wearing a face mask is actually useful, but in South Korea, wearing a mask isn’t just to potentially protect oneself, it’s done out of consideration and respect for others.” As such, celebrities have donated millions of dollars to purchase medical supplies for hospital staff and masks for those most at risk. 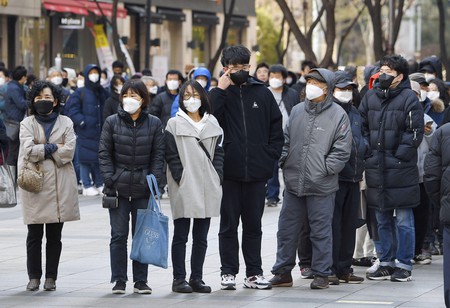 Ensuring the welfare of the whole group can sometimes mean self-sacrifice or surrendering personal freedoms. Such is the case with the initiative to make sensitive information public. In Korea, the GPS locations of unnamed people confirmed for Covid-19 are accessible on an app so that others can avoid those areas.

As controversial as this may seem from a privacy standpoint, such initiatives seem to be helping people feel informed and in control of their health. “The key here is having information, as opposed to the MERS outbreak in 2015 under impeached President Park Geun-hye, when a lack of it resulted in public distrust,” Rashid says.

Another factor that has informed Korea’s response to the coronavirus is its ppalli, ppalli culture. Meaning “hurry, hurry”, this mentality pervades every aspect of Korean daily life, including its world-leading internet speeds, its 30-minute weddings and its ultra-fast food delivery services. It can even be argued that ppalli, ppalli is what lifted the nation out of poverty following the Korean War, propelling it to becoming a leading global economy in just a few decades.

It’s no surprise to Korean locals that the country’s response to Covid-19 has been similarly rapid. “We saw drive-through testing stations rolled out in a matter of days. We’re now seeing ‘telephone booth’-style testing stations. The mask ration system was implemented in a very short amount of time. Apps were developed to show the status of face mask stocks,” Rashid says. “All these have been truly impressive.” 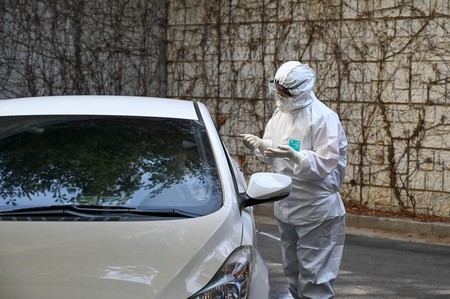 Early, widespread and consistent testing has allowed the country to more accurately determine mortality rates of the virus, as well as isolate and treat those infected. Similarly, near-instant school closures, event cancellations and travel restrictions have also helped to curb the community spread of Covid-19.

South Koreans work some of the longest hours in the world, and telecommuting is generally discouraged. But the outbreak of coronavirus has prompted some soul-searching for many Korean conglomerates – the results of which may have lasting consequences.

“Allowing telecommuting, to many supervisors, is like letting employees loose to do whatever they please. They aren’t able to trust that their subordinates have the tools at home to work as efficiently as they could in the office,” explains Sungkyunkwan University Associate Professor Andy Lee.

But in recent months, employers have been forced to re-evaluate these long-held notions. The government has enforced staggered work hours to prevent cramped offices and ease congestion during commuting times. South Korean mobile carrier SK Telecom has enforced mandatory remote working for its 5,400 employees, a request that would have seemed unfeasible just a year ago. 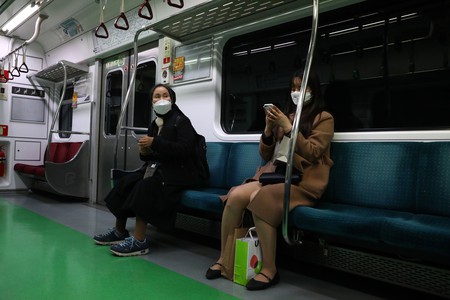 Women commute to work wearing masks, as South Koreans take measures to protect themselves and others against the spread of coronavirus | © Chung Sung-Jun / Getty Images

“Although it’s always been technologically possible, only those working with overseas partners were familiar with teleconference services like Zoom and Skype,” Lee says. “But now, as remote working has become our only option, people are seeing the value of it.”

In the past, working while ill has always been seen as a virtue in corporate Korea, as taking a day off would inconvenience colleagues and subsequently upset the workplace hierarchy. Now, Korea is having to reconsider its attitudes toward sick leave. Similarly, in the wake of the virus, attitudes are changing about hweshik, after-work gatherings with colleagues where excessive drinking is encouraged to promote team bonding.

We won’t be able to comprehend the full impact the coronavirus will have on Korean culture for quite some time, but for now, one thing is certain: the country’s traditions and beliefs have helped it to respond extremely well to a crisis of unprecedented proportions.