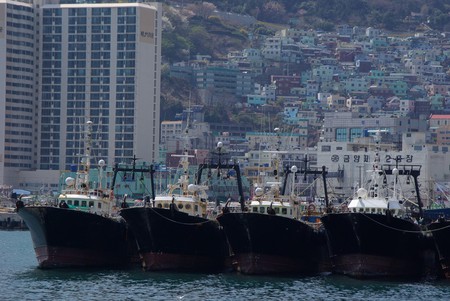 The port city of Busan is one of the most internationally-outward looking regions in Korea, thanks to its longstanding trade with other countries and regions. Its role as a trading hub has shaped the development of the city, and has played an important part in Busan’s vibrant culture. From Iron Age wealth to present-day fish markets, here’s a brief introduction to Busan’s trading history.

Archaeological evidence suggests that humans had settled in the region around modern-day Busan by the late Palaeolithic Age. Stones sharpened into hunting tools and food remains such as animal bones have been found in places (including the fishing village of Cheongsapo, next to Haeundae) and demonstrate that people were actively hunting and fishing in this area.

During the Neolithic era, people were drawn to coastal and riverside regions such as Busan, as demonstrated by the large quantities of shell middens which date from this period. There is some evidence of cultural exchange with China and Japan during the Palaeolithic and Neolithic eras, which may point either to the development of trade or to migration of people. It wasn’t until the early Iron Age (in the 4th century BCE) that Busan began to emerge as a trading hub.

Pivotal to this was Busan’s iron refinery, located in Dongnae. Iron from here was exported to Japan and other areas in Korea via the Suyeonggang River. Busan grew wealthier and more populous, as evidenced by the significantly larger number of tombs to survive from this time period. Notable extant sites from this era include the Bokcheondong Tombs, where the tombs themselves rub shoulders with high-rise apartment blocks, and relics found are displayed in the adjacent museum. The iron trade was therefore important to Busan’s growth; Dongnae-gu is still a fairly central part of the city. 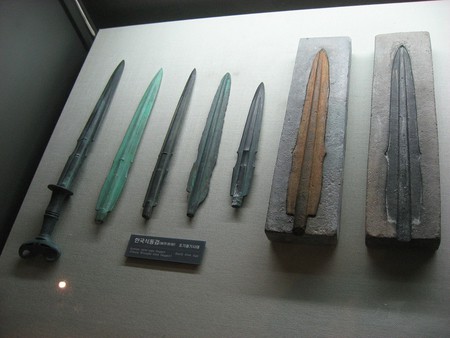 As time progressed into the early medieval era, trade with Japan became more important to Busan. This trade helped to introduce many technological innovations and cultural practices from Korea to Japan (including ship-building techniques), and Japanese tombs have yielded many Korean-made artefacts such as iron armour, farming tools and horse gear. In Busan, Japanese traders emerged as a presence; from the 15th century, Busan was designated an official trading port with Japan, and Japanese merchants were allowed to settle in the city.

The status of Japanese settlers in Busan was not always clean-cut, and was formalised by a treaty in 1876. This treaty designated an 87-acre plot in the modern-day area of Nampo-dong for the exclusive use of Japanese citizens. As many of these settlers (who at first numbered around 300) were wealthy merchants, they had the ability — and inclination — to invest in the city’s buildings and infrastructure. They were active in land reclamation programmes such as in Beomil-dong and Jungang-dong, and invested in new town projects such as Choryang and Toeseong. The Japanese settlement and trade here helped Nampo-dong become the busy downtown area that it is today. Although most buildings in Nampo-dong are relatively new, some old buildings still display Japanese features, such as the dried fish market (take exits four or five from Nampo station).

Another area influenced by Busan’s trading endeavours is the part of the city around Busan Station. In 1884, Busan established ties with Shanghai and the city’s Chinatown was created here. A Chinese school was built, and the Chinese consulate may be found in this area. It’s marked out by a number of Chinese restaurants and shops, and means that this part of the city has a very international flavour. In the early 2000s, an expanding Russian community grew in this area, and there are a number of Uzbek and Filipino restaurants in the streets around. 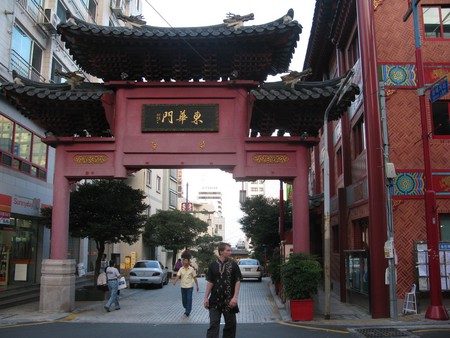 One of Busan’s most unique shopping streets also grew as a result of trade. During the Korean War, Busan was one of only two cities not captured by the North, and so became a hub for refugees. In order to buy food and necessary items, some of these refugees began to sell their books next to the old Gukje Market, and this trade continued after the end of the war. The street became Bosu-dong Book Alley, a popular destination for book-lovers and bargain-hunters.

In the modern day, one of the most enduring trades in the city is its seafood. Busan fish cakes are prized all over the country, and Jagalchi Fish Market remains the largest fish market in Korea. The majority of Busan’s harbours are filled not with yachts and cruise ships, but with active fishing boats, who work to provide the fresh seafood that the region exports all over Korea. Trade remains an important part of the city, as it has been from its inception.