How to Celebrate the Jeongwol Daeboreum Fire Festival in Busan 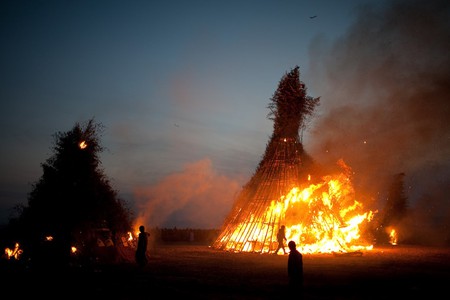 Jeongwol Daeboreum is an ancient Korean festival that celebrates the first full moon after Seollal, Korea’s Lunar New Year, believed to be the largest and most bountiful moon of the year. During this festival, Koreans perform traditional customs and wish for a prosperous year to come. During the 1970s, Jeongwol Daeboreum was briefly banned as part of a government fire prevention strategy, but was reinstated in 1997 due to popular demand. It’s celebrated all over the country, and at a number of locations in Busan.

The history of Jeongwol Daeboreum goes back a long way, and references to festival traditions such as lantern lighting can be seen in documents from the early Joseon Dynasty onwards. It is rooted in Korea’s agricultural history, therefore its traditions are to encourage good harvests, fertile fields and health. Although far less of Korea’s economy is now agricultural, these traditions are still carried out enthusiastically.

The focal point of Daeboreum celebrations is the Daljip. This is a huge bonfire made of straw or twigs. In Busan, these are built on the beaches, as far away from buildings as possible! The Daljip is piled in a triangular shape, to create a ‘house’ for the rising full moon; a small door is set to the east for the moon to enter by. When the moon rises, the daljip is set alight to ward away evil spirits and bring luck for the coming year. As it burns, Koreans stamp on the ground in a ritual called Jisin-balgi, which is performed to comfort the god of the earth and encourage fertile harvests.

Jwibulnori is a traditional game normally played by children. The night before Daeboreum, charcoal fires are lit inside tin cans, which are then whirled around on strings. As well as affording a great opportunity for Korea’s youth to play with fire, this is believed to promote good crop growth; burning embers and ashes fall from the cans onto the fields, which fertilises the soil and deters vermin that may damage future crops. Jwibulnori is also believed to ward off evil spirits.

A custom called Dalmaji sees Koreans climb mountains and high places to see the moon as it rises; the first people to catch a glimpse will either have good luck for the coming year, or a wish granted. Haeundae’s Dalmaji-gil Road is a popular moon-viewing spot for couples, who cast wishes for their love to stay strong. 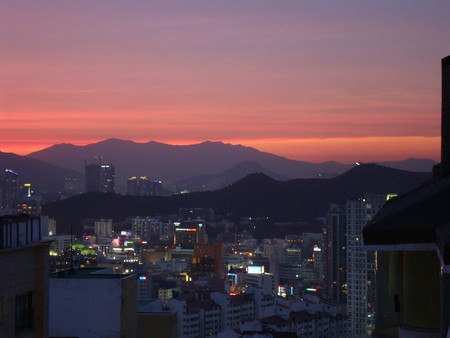 Daeboreum’s most famous food tradition is Bureom. Eaten on the morning of Jeongwol Daeboreum, Bureom is a mixture of nuts (normally including walnuts, peanuts, chestnuts and gingko nuts). The nuts are presented with their shells intact, as Koreans crack the shells with their teeth. This ritual is said to promote healthy teeth and prevent skin boils, as well as bringing good luck. Although traditionally Koreans are meant to crack a number of nuts equal to their age (so a 25-year old would need to crack 25 nuts), people now normally only crack two or three nuts open.

Traditional breakfast food at Jeongwol Daeboreum is seasoned vegetables (such as eggplant, mushrooms and squash) and Ogokbap, which translates to ‘five-grain rice’. It’s five types of grain, cooked and mixed together with dried herbs. Koreans often cook this early, so that they can share their dishes with friends and neighbours, as it’s believed that this will bring prosperity in the year to come.

And of course, there’s alcohol. The Daeboreum beverage of choice is Gwibalgisul, which means ‘ear-sharpening wine’. This is a shot of chilled rice liquor, and drinking it on Daeboreum is said to sharpen your hearing and bring happy news to your ears all year. Although younger celebrants don’t tend to drink the shot, parents will often dab a drop of liquor on their lips to include them in the custom.

You’re out of luck if you’re a dog, however – traditionally, no food is given to dogs on the day of Daeboreum, as it’s believed that this will cause them to fall ill during the coming summer. 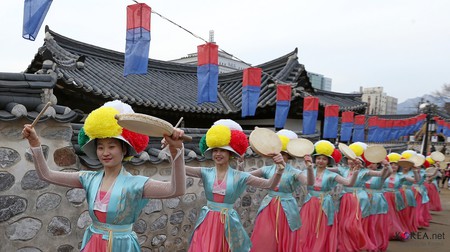 On the night of Jeongwol Daeboreum, celebrations are normally held between 6-10pm, although some may start a little earlier. Expect the Daljip to be lit around 6pm.

Traditional games such as kite-flying, arrow-tossing and the Korean circle dance Gangkang Suwollae abound. The focal point of the celebration is the enormous Daljip, and you can also see a re-enactment of traditional fishing practices.

How to get there: On the subway (line 2), take exit 3 or 5 from Haeundae station. Walk straight until you come to the beach (it’s around five minutes away).

Expect traditional performances, including dances and a folk play, as well as a blazing Daljip covered in wishes (get there early to add yours to the fire).

How to get there: From Gwangan subway station, take exit 3 or 5. The beach is around 15 minutes’ walk away.

As well as the Daljip, there are traditional performances including a folk play and cultural shows, kite-flying, fireworks and food.

Here you can see traditional Korean music and dance performances, witness Jisin-balgi (the ritual of stamping on the earth to comfort the earth god) and take part in a mass release of balloons inscribed with wishes, as well as the ubiquitous Daljip.

How to get there: From Kyungsung University and Pukyong National University subway station, take bus number 39 and alight at Baekunpo Sports Park. From the city centre, you can also take buses number 22, 20, 24 or 27.