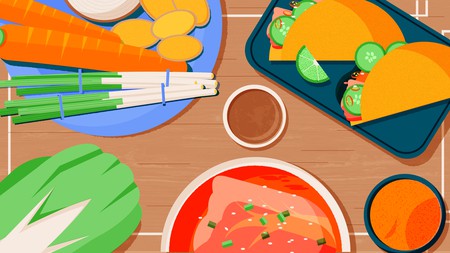 For years, most Koreans assumed that kimchi would be too potent and pungent for foreign palates. Yet despite its distinct taste, kimchi has found worldwide success, earning a reputation as a superfood and symbol of Korean heritage. How exactly did kimchi cross cultural boundaries to become such a global hit?

In 2008, Yi So-yeon, who beat 36,000 candidates to become the first-ever South Korean to go to space, floated many kilometres above Earth. She lived aboard the International Space Station (ISS), among the world’s most ambitious projects of international collaboration, where she worked alongside astronauts from across the globe.

As crew members gather for meals, they swap not only stories but also food items. Each national space organisation runs its own kitchen and will supply its astronauts with dishes that remind them of home. Russians have borscht from toothpaste-like tubes. Americans have rehydratable hamburger patties. And for South Korea’s Yi So-yeon? Kimchi, of course. 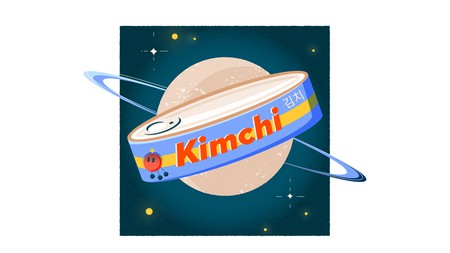 Spicy, salty and sour with a fermented fizz, kimchi is for those who like the flavour on their food dialled up to 11. It typically comprises napa cabbage, garlic, ginger, salt and red chilli flakes – fermented for weeks, months or even years. In Korea, kimchi is often eaten daily and is a deep source of national pride.

The kimchi aboard the ISS is not your standard fare, though. This is space kimchi, which has taken three government agencies years of research and millions – yes, millions – of dollars to make. Much of that effort went into reducing its distinct smell so that it would not be off-putting to other astronauts.

Why did the South Korean government spend so much time, money and energy to develop space kimchi? Was it for Yi So-yeon’s benefit? Unlikely. Her trip lasted 11 days. And no matter how obsessed Koreans are with kimchi, they can probably hold off for a couple of weeks for the sake of millions of dollars.

No, the real reason behind this effort is that the South Korean government uses kimchi as a form of “soft power”, to expand cultural influence on the world stage.

Before it was launched into space, kimchi was introduced to the international community at the 1988 Seoul Olympics. Officials back then were conflicted over how much to spotlight their national dish. Koreans long believed that kimchi would be alienating to foreigners, particularly those from the West. Would they find its taste too spicy and its smell too pungent? (This food anxiety will be a familiar feeling to any first-generation immigrant who’s had to endure school lunches.)

In the end, the South Korean Olympic committee reached a compromise. Kimchi was made an official food of the games, but Koreans were given a specific instruction: if you work with foreign visitors, brush your teeth after every meal.

Officials needn’t have worried. When kimchi unveiled itself to the world, visitors responded to it positively. It has since crossed international borders, popping up in trendy restaurants across Europe and America, with advocates ranging from Michelle Obama to chain restaurants like TGI Fridays. Kimchi’s role as South Korea’s national ambassador has succeeded beyond anyone’s wildest expectations.

How did kimchi go global?

Even by the standards of its most staunch advocates, kimchi is an acquired taste. South Koreans often try it for the first time in childhood, with its taste evoking feelings of nostalgia later in life. To outsiders though, there is no such history, and very little in the way of similar flavours. So, how did this strange tangy, fizzy, spicy delicacy find success in the West? There are three key reasons:

The practice of making kimchi came about as a practical response to Korea’s long, harsh winters. In days of old, before refrigeration, people needed something that could be made in large quantities to last all winter while also being nutritious.

Enter, gimjang, the process of making kimchi with friends and family in late fall. Old and young would roll up their sleeves to wash, chop, salt and season various vegetables. These would then be stored in big clay pots in the ground, where they would keep for months, quietly fizzing and fermenting away.

Gimjang is still a big calendar event for families in Korea, helping to explain why kimchi is so profoundly woven into the national psyche. Kimchi is family. 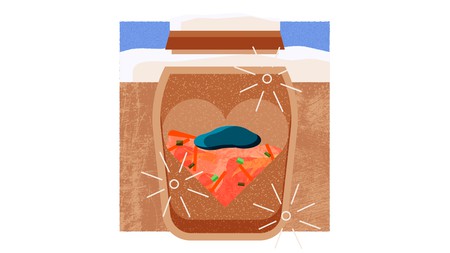 If a ritual manages to survive for many generations, there are probably good reasons for it. Now, modern scientific research is vindicating the health benefits of kimchi, specifically for gut health.

In recent years, scientists have discovered that the stomach and intestines play a much bigger role in our health than previously thought. Gut health has been linked not only to diseases like cancer and diabetes but also neurological issues such as depression and anxiety.

The line of causality was always thought to go from the brain to the digestive system, but we now know that the relationship goes both ways. For this reason, people are calling the gut our “second brain”.

The key to good gut health lies in our microbiome – the makeup of the trillions of bacteria that live in our gastrointestinal tract. This is where fermented foods, such as kimchi, can help, with each gram of it containing over 800 million immunity-boosting lactic acid bacteria. As wellness and wellbeing have swelled in interest, kimchi is riding that wave of popularity.

On the topic of waves…

The Korean Wave: the rise of South Korean pop culture

Few countries across the globe have experienced such astonishing growth as South Korea. Between 1962 and 1996, the country’s economy per capita increased 17 times. And it has since translated that growth into global cultural influence.

The term Hanryu translates literally as Korean Wave, and it refers to the global diffusion of Korean culture across the world. It started initially as K-dramas and K-pop found popularity with South Korea’s Asian neighbours. In time though, this wave has gone global.

A tipping point happened in 2012 when Psy’s ‘Gangnam Style’ burst onto the scene; the song’s music video became the first YouTube video to surpass 1 billion views. Since then, Korean pop culture has gone from strength to strength. K-pop bands like BTS and Blackpink have played to sell-out crowds in the West, despite performing in a language most of its audience doesn’t understand. And in 2020, Korean cinema gained global recognition when Parasite (2019) was crowned Best Film at the Oscars – the first non-English-speaking film in the Academy Award’s history to do so.

With all this heightened interest in Korean pop culture, it naturally follows that there will be more interest in all other things Korean, particularly food. What is interesting about this trend, though, is that interest in pop culture came first and exposure to Korean food is following second. This bucks the typical trend experienced by most other countries, which tend to use their food as the initial first contact as a bridge between cultures.

So, while Korean food has yet to have the impact of Japanese sushi or Chinese takeout, it is moving in that direction, thanks in no small part to…

Despite kimchi’s reputation as an entirely Korean tradition, its history reveals a product forged from global influences.

In its earliest days, kimchi was a more basic affair, consisting of pickled radish – no napa cabbage (the main ingredient in kimchi today) and no red peppers, which give the dish its unmistakable colour.

This changed when Korea made contact with other countries. Napa cabbage, also known as Chinese cabbage, was first imported from China. Meanwhile, chilli peppers were introduced to Korea at the end of the 16th century by the Japanese, who received them from Portuguese merchants who imported them from the New World territories in Mexico.

National foods take off in foreign countries in small steps. Take sushi, for example. Once upon a time, the idea of eating raw fish would have disgusted most Americans. Then a chef decided to make the California roll. Rather than having the fish sit atop a lump of rice, as is typically served in nigiri, they made it inside out, hiding the fish within a roll of rice. Earlier versions replaced the fish for avocado or crab meat, making it again more palatable to Western tastes. 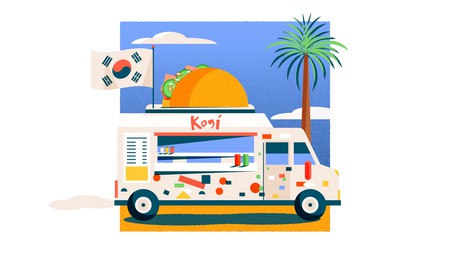 In 2008, a similar story of fusion happened when Roy Choi created Korean-style tacos. Based out of Los Angeles, his food-truck venture found runaway success, providing an entry point for those unfamiliar with kimchi and putting a new twist on Mexican cuisine, through the lens of a Korean chef.

Where does kimchi go now?

Ironically, as more people are eating kimchi across the world, domestic consumption in South Korea is falling. Despite government efforts to reinvigorate the market, daily kimchi consumption in the country has fallen every year since 1998.

Though some see this pattern as a reason to lament the erosion of the country’s historical roots, there is another way to look at it. As South Korea connects with the world, it influences tastes, and in turn, its tastes change. K-pop fuses elements of hip-hop, trap and English lyrics into its music. And the director of Parasite, Bong Joon-ho, dedicated his Oscar award to the great American filmmaker Martin Scorsese.

As people travel to and from South Korea, be it on foot or by food, this type of cultural cross-pollination will only keep growing. When Yi So-yeon was nearing the end of her space flight, a fellow passenger implored her not to eat all the Korean foods and to save some for him. He reasoned that she could have all the Korean food she liked once she landed. Though when she did return home, perhaps she found herself eating more from different cultures, just as others around the globe were discovering the curious delights of kimchi.