Escape the Crowds with This Alternative Guide to Seoul 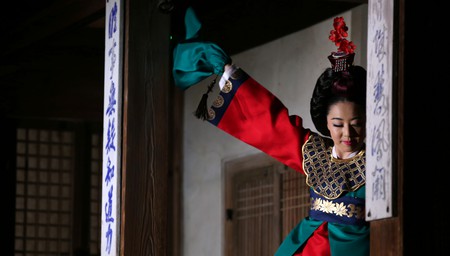 With more than 25 million metro area residents, Seoul is one of the most populous cities on the planet. It has also recently experienced a boom in its tourism industry, attracting millions of visitors from all corners of the globe. And while its most visited attractions are certainly popular for a reason, the city is also home to a number of sites that are less crowded and just as impressive. Here’s where to find them.

When it comes to checking out Seoul’s royal Joseon palaces, most tourists immediately head to Gyeongbokgung. But for those hoping to avoid the tourist group chaos, less-visited Changdeokgung might just be the better attraction. Blending harmoniously with the landscape that encompasses it, Changdeok Palace is an exceptional example of East Asian palace architecture and design. Its garden, which originally served as a resting place for the royal family and a site for official events, is an oasis of serenity and especially picturesque in the spring and fall.

Seoul’s city lights are certainly a sight to be seen, especially after the sun goes down. While N Seoul Tower might be the go-to spot to get a bird’s eye view of the sprawling metropolis, there are a few other exceptional viewpoints to enjoy the cityscape without having to dodge selfie sticks or push your way through tour groups. Perhaps one of the best is the 139 meter (456 ft) high observatory at Seoul Dream Forest. In addition to offering stunning panoramic views (and for free, at that!), the nearby Moon Reflecting Pond and Lawn Plaza make a great setting for a quiet evening stroll.

Advance reservations are required for the guided tours of the Korea Furniture Museum, one of Seoul’s most beautiful but off-the-radar exhibition spaces. The museum showcases the personal collection of a former Yonsei University professor, and includes some 2,500 pieces, of which around 500 are on display at any given time. Works include masterfully crafted chests, bookcases, chairs and dining tables, made from various types of wood such as persimmon, maple and paulownia, some decorated with lacquer, mother of pearl or tortoiseshell.

Nestled between Inwang and Bugak mountains, Buam-dong is a tranquil neighborhood situated in the middle of the city, but shielded by nature from the concrete that makes up the remainder of the metropolis. Untainted by retail franchisees or coffee chains, the area retains a quiet residential vibe. Boasting only a single bus stop, it is certainly not the most convenient place to visit, but its quaint galleries, beautiful nature trails and unique charm make it well worth the trek.

In Seoul, perhaps nothing is more calming than a bike ride along the Han River. Though some parks and bicycle routes that snake along the river can get rather congested, those in the Songpa-gu area offer plenty of peace and quiet. The bike path stretches between the Cheonho Bridge and the Tan Stream, with branches along the Tan and Yangje Streams and Songnae Stream to Olympic Park.

The Royal Food and Drink

As its name implies, The Royal Food and Drink is a step up from a coffee shop, but still maintains a café-like vibe. It offers not just coffee, brunch cocktails and smoothies but also breakfasts, sandwiches and all-day dining in a cozy, industrial space. With just a few tables, patrons can enjoy tasty treats in a setting that will make them forget they’re in one of the most populated cities in the world.

One of Seoul’s most reputed contemporary dining restaurants, Soigné is situated in a quiet nook of Seorae Maeul. The open kitchen, referred to as “The Stage” by owner and head chef Jun Lee, allows diners to watch the chefs elaborately create their meals. The menu rotates every few months and incorporates themes that vary from movies to seasons. For the full experience, try the full course dinner, which stretches out over a leisurely two to three hours.

At the heart of Seoul’s lively Hyehwa district is one of its best-kept secrets — Jazz Story, a unique live music bar that is spacious enough so visitors never feel cramped, even when at full capacity. Here, patrons can relax in an eclectic interior bedecked with items such as a hand-crafted airplane that hangs suspended over the stage. Otherworldly figures and contraptions adorn the exposed rebar and broken concrete walls, adding to the atmosphere. The wine, beer and cocktails on offer are varied to please just about any taste, but the house jazz band, which plays daily and takes requests, is the real draw here.

Seating only 12 people at a time, Twelve serves up fancy cocktails in a speakeasy-like setting, complete with a fake secret entrance. Located in Haebangchon, it’s still easily accessible but far enough away from the bustling nightlife district of Itaewon. Try the Earl Grey martini, an infusion of tea leaves and Tanqueray gin. If you don’t like it, the bartender will whip up another drink on the house.

Located just a stone’s throw from Jongno 3-ga Station, Makers Hotel is conveniently situated for sightseeing, but far enough from the crowds to get a good night’s rest. Furthermore, every part of the hotel has been thoughtfully decorated with beautiful vintage furniture from 19th century Europe, as well as handcrafted items created by the hotel itself.

Consisting of 14 vibrantly colored shipping containers, the appropriately named Orange Cube guesthouse is the tallest container building in the country. Each of the fully-furnished, independent housing units is chock full of delightful design surprises such as wooden chairs and 3D-printed light covers. Furthermore, its unique location allows visitors to enjoy the quiet sophistication of Hannam-dong, well away from the crowds of rowdy Itaewon.

Not only is August one of the hottest months, it’s also summer vacation for many of Seoul’s students and employees. Likewise, May and October are popular travel times for tourists, as they are the best months to visit weather-wise. These peak travel times equate to busier restaurants, bigger crowds and very little vacancy at hotels and guesthouses.

I dream of even bigger things 🌆

Therefore, consider planning your visit in either April or November to fully enjoy the sights and sounds of the city, sans the throngs of tourists. Or time your stay during one of Korea’s multiple-day holidays like Chuseok or Lunar New Year. While traveling outside of Seoul during these times can be a headache (as the rest of the country is also traveling), the city itself is far quieter. Some businesses may shut their doors for a day or two, but this is a welcome break from the city’s usual hustle and bustle.