Encompassed by Gyeongbokgung Palace, Changdeokgung Palace and Jongmyo Shrine, Bukchon Hanok Village is home to hundreds of hanoks, traditional Korean houses, that date back to the Joseon Dynasty. Today, many of these operate as cultural centers, guesthouses, restaurants and tea houses, providing visitors with an opportunity to experience, learn and immerse themselves in traditional Korean culture. Join us as we explore the neighborhood’s traditional architectural structures and the enchanting alleys that wind through them.

The name Bukchon literally translates as “northern village,” and was given to the district because it lies north of two significant Seoul landmarks—the Cheonggyecheon Stream and the Jongno area.

According to Confucian beliefs and pungsu, or geomantic principles, Bukchon is auspiciously located. Nestled at the southern foot of the mountain connecting Baegak and Eungbongsan mountains, it is surrounded by lush forests and offers beautiful views.

Consisting of the Wonseo-dong, Jae-dong, Gye-dong, Gahoe-dong and Insa-dong neighborhoods, Bukchon is rooted in some 600 years of history, dating back to the Joseon era (1392–1897).

Due to its close proximity to the city’s two primary palaces, it was originally inhabited by high-ranking government officials and their families. Nobility lived in hanok, traditional homes that were built in a specific architectural style, designed to maintain balance with the surrounding topography and were generally constructed using elements such as long, curved roofs and ondol flooring that helped keep the homes warm in the winter. 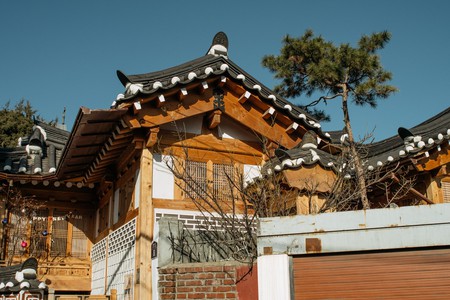 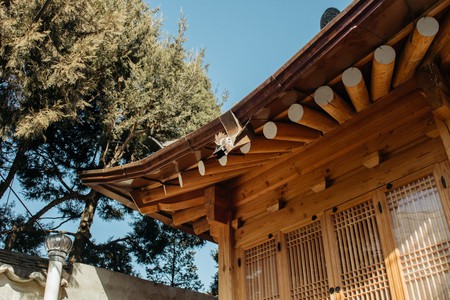 In the late Joseon Dynasty, the large-scaled land was separated into smaller building sites for social and economic reasons, with a number of hanoks being torn down and rebuilt around 1930. The change in the form of hanok of this period reflects the expansion of society related to rapid urbanization at that time.

Due to societal changes, commoners began to occupy the neighborhood, and hanoks became associated with economically marginalized families who could not afford more modern housing. Many were torn down and left to decay as urbanites flocked to the high-rise apartment complexes that define Seoul’s skyline today. In fact, many of Bukchon’s hanoks were torn down to make way for office buildings and contemporary housing, up until fairly recently.

Fortunately, new conservation efforts, including strict legislation, have been put in place to protect the area’s remaining houses, which number around 900. 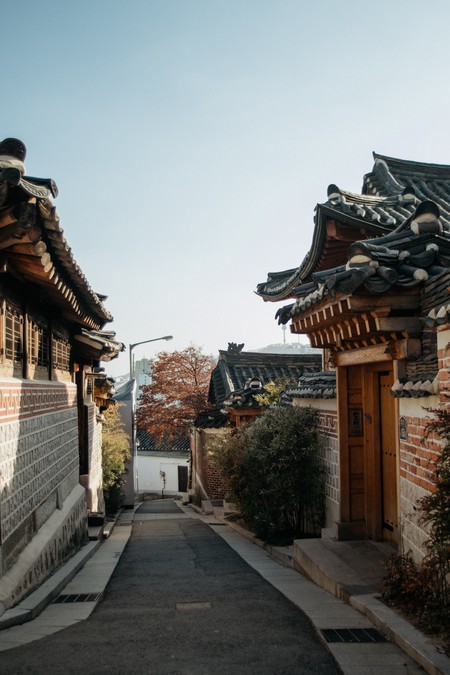 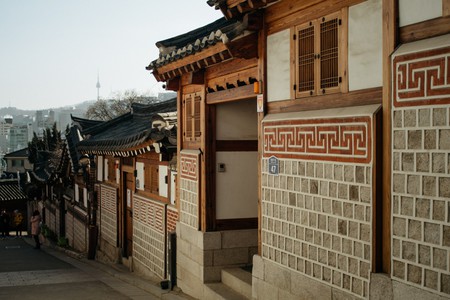 Where the Old Meets the New

In fact, thanks to their historical importance and beautiful aesthetic, the hanok has become a trend in recent years, with many of the younger generation purchasing and renovating the structures with eco-friendly, sustainable materials.

Over the past decade, Bukchon has become a favorite attraction of Korea’s trend-conscious youth. To cater to these visitors, entrepreneurs have over the years opened a number of fine dining restaurants, cozy guesthouses, interesting art galleries and upscale boutiques throughout the area, many of which are housed in renovated hanoks. Additionally, many existing hanoks have been repurposed as cultural museums and workshops for artisans who practice traditional crafts, preserving the district’s rich history.

Nevertheless, the real charm of Bukchon lies in its tiny alleys, which wind and twist between its age-old, still-lived-in hanoks, where everyday life runs its course. Here, housewives hang their laundry and set out hot peppers to dry in the sun. Children play hide and seek, peeking around the corners of the narrow streets. The elderly watch on, conversing among themselves. For visitors, the alleys of Bukchon provide an interesting look into the lives of ordinary Koreans. 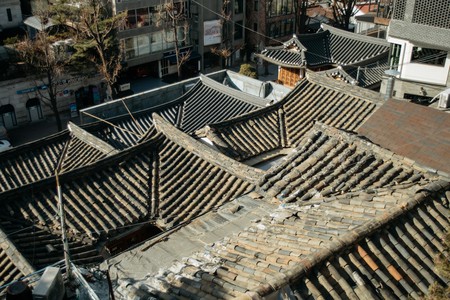 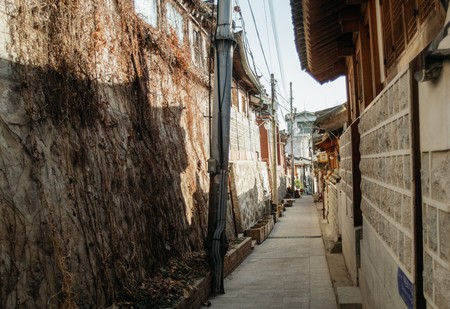 Today, Bukchon is favorited by locals and tourists alike. And, thanks to its unique atmosphere, created by a stark contrast of old and new, it will no doubt remain to be for quite some time.