To coincide with the 2012 Cultural Olympiad, The Tanks in London’s Tate Modern were inaugurated with a showcase of world-renowned artists during a fifteen-week festival. Here we take a closer look at the innovative practices of two cutting edge South Korean artists, Sung Hwan Kim and Haegue Yang included in the presentation.

Haegue Yang is an artist from Seoul who moved to Berlin in 1994 where she now works and lives. Yang is fascinated by movement and everyday artifacts. In fact, the artist systematically attempts to develop marginalized objects and vulnerable spaces by resorting to locally found ‘banal’ materials. She has repeatedly used commercially produced venetian blinds for her installations – including when she represented South Korea at the 53rd Venice Biennale. 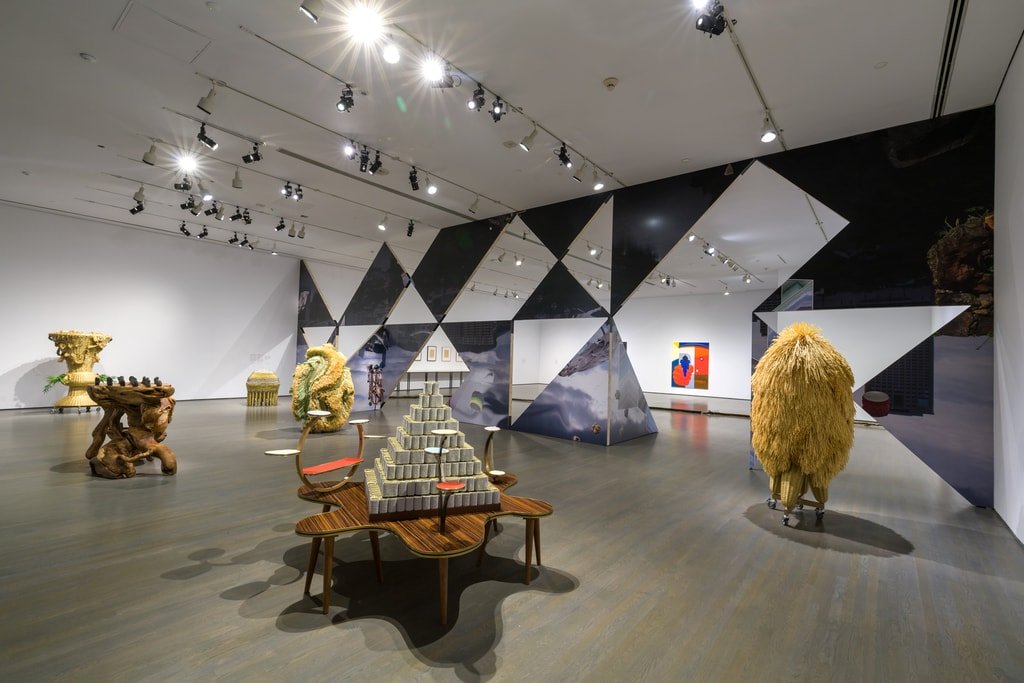 But Yang also greatly values the sensorial experience of art: her meditative works often include eye-catching colors and perfumes that intensely engulf viewers in her poetic world. Voice and Wind (2009), part of the Series of Vulnerable Arrangements showed at the Biennale, perfectly illustrated this idea. The installation was composed of seemingly unrelated devices, connected by a complex system of electrical wires.

In fact electricity, albeit invisible, constituted the only tangible link between ideas, materiality and humans, while also breathing life into the various objects. Public and private met in this space where incongruous devices such as electric fans, scent diffusers and fog machines allowed viewers to become fully immersed in the atmosphere, and effectively live and breathe the art. As intended by the artist, the meaning of this installation could only be reached subjectively, through each visitor’s individual tactile and olfactory experience. 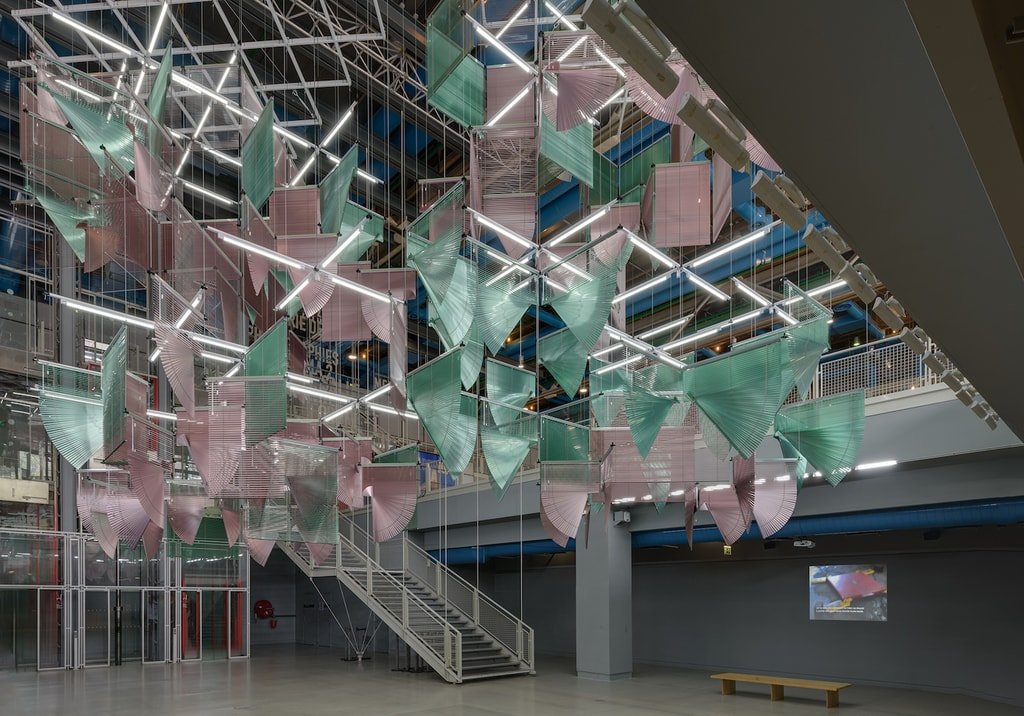 Not only does Yang use locally sourced objects, but she also adapts her work to the place where she exhibits, responding to its advantages as well as its limitations. Her work is consequently strongly site-specific, incorporating the architecture and the materials of the region to her installations. In 2004, for instance, the South Korean artist was preparing a show at the Lawrence O’Hana Gallery in London. She faced two issues at the time: what to exhibit, and where to store her previous works. Upon reflection, she decided to create an installation made of stacks of crates in which she stored her past creations. Speaking to WMagazine, Yang confided that this idea achieved two purposes: not only was it a temporary solution for the storage issue, but it also ‘abused the gallery’s idea of commercial value’. In other words, Haegue Yang strives to conceptualize an exhibition space where visitors intellectually and physically face a myriad of possible interpretations. This is an artist who has not finished surprising us.

Sung Hwan Kim, a multifaceted artist and exquisite draughtsman, combines video and performance art with illustrations and light effects. Throughout the years, the South Korean has worn many hats, taking on the roles of director, composer, performer, poet, narrator and editor. Travelling between his homes in Amsterdam, Seoul and New York, he meticulously collects countless personal experiences – confessions, images, encounters, stories, and sounds – that he incorporates into his work along with Korean myths and folklore. Indeed, Kim is first and foremost a storyteller: as many other artists have done since the 1960s, he uses a confessional mode of address in his videos. His work is also greatly shaped by his time at Harvard as an exchange student, during which he was mentored by Joan Jonas. In fact, Jonas’ poetic explorations of the self as a pillar of politics and identity deeply influenced Kim and played a key role in his maturation as an artist.

Sung Hwan Kim studied architecture at Seoul University before undertaking a Mathematics bachelor’s degree in Williamstown and finally attaining a Masters of Science in Visual Studies from the Massachusetts Institute of Technology in 2003. After spending four years in the Netherlands where he served as a fellow at the Rijksakademie van Beeldende Kunsten, he moved to New York where he currently works. But having lived in South Korea until 1996, Sung Hwan Kim witnessed life under an autocratic regime, and this experience impinged upon his work.

In Dog Video (2006) for instance, the theme of authority is metaphorically explored through an encounter between young Sung Hwan Kim – who is also a dog played by DiGregorio – and his father, personified by the artist himself, who violently barks contradictory orders at his son/dog such as ‘Come Up! Go Down!’

Kim’s videos, composed of short fragmented scenes, are pervaded with a sense of fantasy further accentuated by magic realism and science fiction elements. The work perhaps more representative of his style is ‘From the Commanding Heights…’ (2007). This video is based on a rumor that Kim heard as a child in Seoul in the late 1970s: the then leader was said to cut off the electricity of entire neighborhoods whenever he visited his mistresses so that nobody could see him in the dark. One of his suspected mistresses at the time was a notorious South Korean actress, who alternatively appears in the video as a beautiful creature who lives in Kim’s apartment block, a woman with an ear on top of her head that fills with water every time it rains, and finally a woman whose long neck accounts for the numerous snakes who have found refuge in her throat. Kim features in the video as the narrator, filmed behind a transparent veil on which he draws trees, snakes and rain showers – all of which emphasize the chimerical feel of the film. By combining rumors and phantasmagorical scenes with actual childhood memories, Kim confronts the viewer with the question: what is real?

Sung Hwan Kim’s interest in authority has urged him to represent the powerless and exploited with distorted bodies and fantastic attributes. For the curator and writer Laura McLean-Ferris, this artistic choice communicates the idea that repression ‘breeds creatures who are not allowed to flourish’, and it underlines the artist’s anti-authoritarianism and devotion to freedom.