All You Need to Know About Kimchi, the Traditional Korean Side Dish 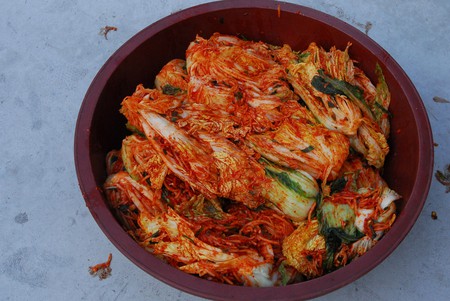 You may have heard someone mention kimchi lately, or come across a few dozen Facebook videos describing its health benefits. But what’s the fascination with this trending food? And what even is it? From its origins to uses, we’ve broken it all down. Here’s everything there is to know about the traditional Korean food taking the world by storm.

Kimchi is a spicy Korean side dish created from salted, fermented vegetables, usually cabbage and radishes. It gets its unique kick from a paste made of chili powder, garlic, ginger, red pepper and sugar and its recognizable tang from fish sauce. While you’re probably familiar with the most common version, paechu kimchi, made with napa cabbage, there are actually over 100 different varieties of this classic dish, ranging from kkakdugi (cubed radish), to oi sobagi (cucumber) and gat (mustard leaf).

According to records, kimchi dates back as far as the Three Kingdoms of Korea (37 BCE–7 CE). However, kimchi didn’t get its signature red color until around the 16th century.

Where is it found?

Everywhere! But in Korea, each region has developed its own take on the fermented side dish. Jeonju, the food capital of Korea, makes kimchi stronger than other variations by adding fish sauce. Korea’s southeastern province of Jeollanam-do seasons its kimchi with yellow corvina and butterfish. The midwest region of Hwanghae-do doesn’t use red pepper flakes, while the southern regions boast the spiciest varieties of all. Even North Korea has its own take on the dish, it is generally less spicy, less red and stored for longer periods of time. 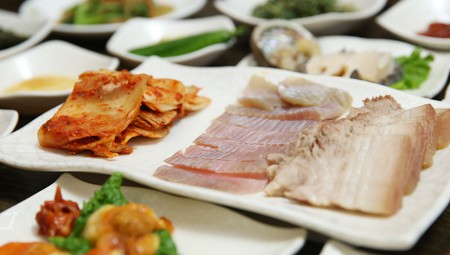 When can you eat it?

While traditional baechu kimchi is eaten year-round, the appearance of certain kimchis depends on season and occasion. Pa kimchi (green onions) is served up during the spring, oi sobagi (cucumber) in the summer and dongchimi (radish water) during colder months. Bossam kimchi (wrapped) is saved for special occasions. 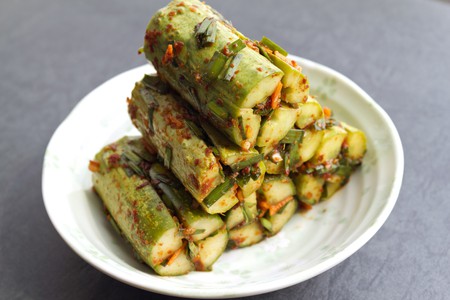 Why is it so popular?

It’s healthy as heck. The superfood is linked with weight loss, healthy skin and strong digestive health. Chock-full of good probiotics, vitamin A, B and C, and antioxidants, it’s been named one of the world’s healthiest foods. Supposedly it can even help cure SARS and bird flu, and prevents heart disease and diabetes. But beyond that, it’s tasty. Ask Jessica Alba, Jimmy Fallon or Leonardo DiCaprio, all stars who’ve expressed their love for the deliciousness that is kimchi. 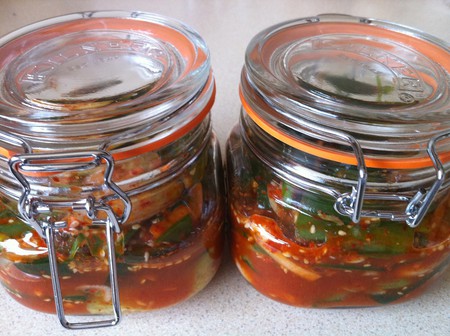 What does in mean in Korea?

Kimchi’s a way of life in Korea—the figures prove it—1.5 billion tons of kimchi are consumed in this Asian country each year. Kimchi recipes are passed down through generations, and most Korean families have a separate, temperature-controlled refrigerator just for their kimchi. The staple is not only eaten solo, but found in countless Korean dishes including kimchi buchimgae (scallion pancake), ramen, kimbap (seaweed, rice roll), mackerel pike stew, dumplings and fried rice.

Come November, the entire country begins pickling season, preparing the brine for kimchi fermentation. It’s a tradition that landed them on the UNESCO Intangible Cultural Heritage of Humanity List and one that’s celebrated with countless festivals, such as the Seoul Kimchi Making & Sharing Festival. If that’s not evidence enough, instead of saying “cheese” when taking a picture, Koreans say “kimchi.” The word’s got the same mouth-widening effect, but offers a healthy dose of Korean tradition. 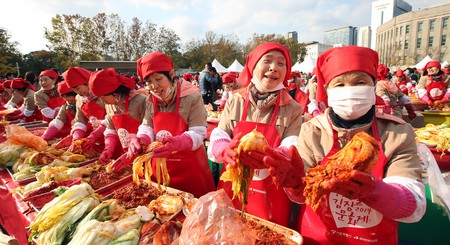 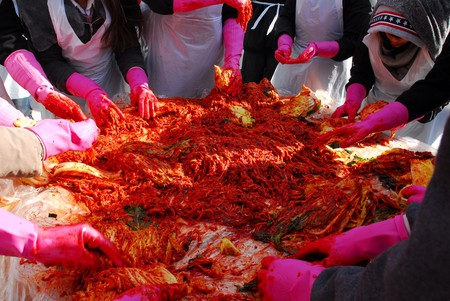 Well, it’s taking over the world, one skeptical Westerner and hipster health-nut at a time. With South Korea’s efforts to stay at culinary center stage, it doesn’t look like kimchi’s global presence will be slowing down anytime soon. The dish has already spawned endless spin offs, such as kimchi pasta, ice cream, burgers and fries. It’s become a staple in trending fusion, such as Mexican-Korean restaurants, and has taken on the luxury food world with Sinto Gourmet, a line of kimchi sold nationally in the U.S. 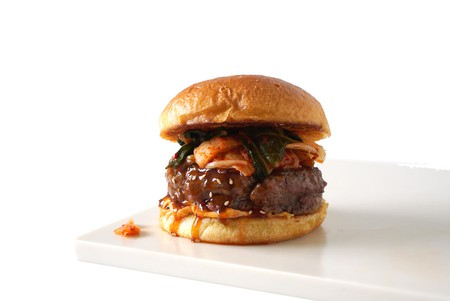 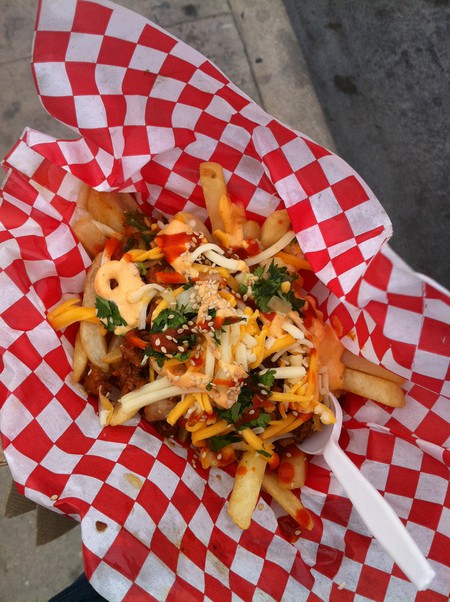 Kimchi fries | © justgrimes/Flickr
Give us feedback